Lawrence murder case, pending since 2014, set for trial next week 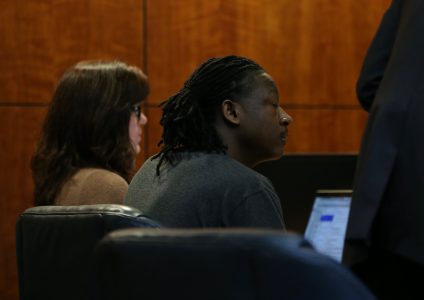 Rontarus Washington Jr., right, listens to proceedings in a status conference for his case on Sept. 5, 2019, in Douglas County District Court. At left is one of his defense attorneys, Angela Keck.

A long-running murder case is set to go to trial next week in Douglas County District Court — nearly five years after the victim was found dead in her Lawrence apartment.

Rontarus Washington Jr., 23, is charged with first-degree murder in connection with the death of 19-year-old Justina Altamirano Mosso, who was found stabbed and bludgeoned in the bathroom of her apartment in the 1700 block of West 24th Street in November 2014. He’s also charged with aggravated burglary in the case.

A quick count from online court records shows that Washington has had trial dates set more than a dozen times. He’s been in the Douglas County Jail since March 2015.

Most recently, the trial was delayed from a date set in March of this year because the victim’s phone could finally be unlocked. The phone held a lot of data, and much of it had to be translated from Spanish, the Journal-World has reported.

But the translations of text messages were delivered to the prosecutor on July 15, according to documents filed in the case, and on Thursday, attorneys discussed some final concerns about the evidence that will be used at trial and clarified some details about the jury selection process.

Prosecutor C.J. Rieg said she was concerned that the court would “lose a large chunk” of the jury pool on Monday morning. Forty-five jurors will need to be qualified for the case.

Douglas County District Court Judge James McCabria said 86 potential jurors have been summoned with notice that the trial could take three weeks. An additional pool of 118 potential jurors will be available if, by Monday afternoon, it is evident that more may be necessary. 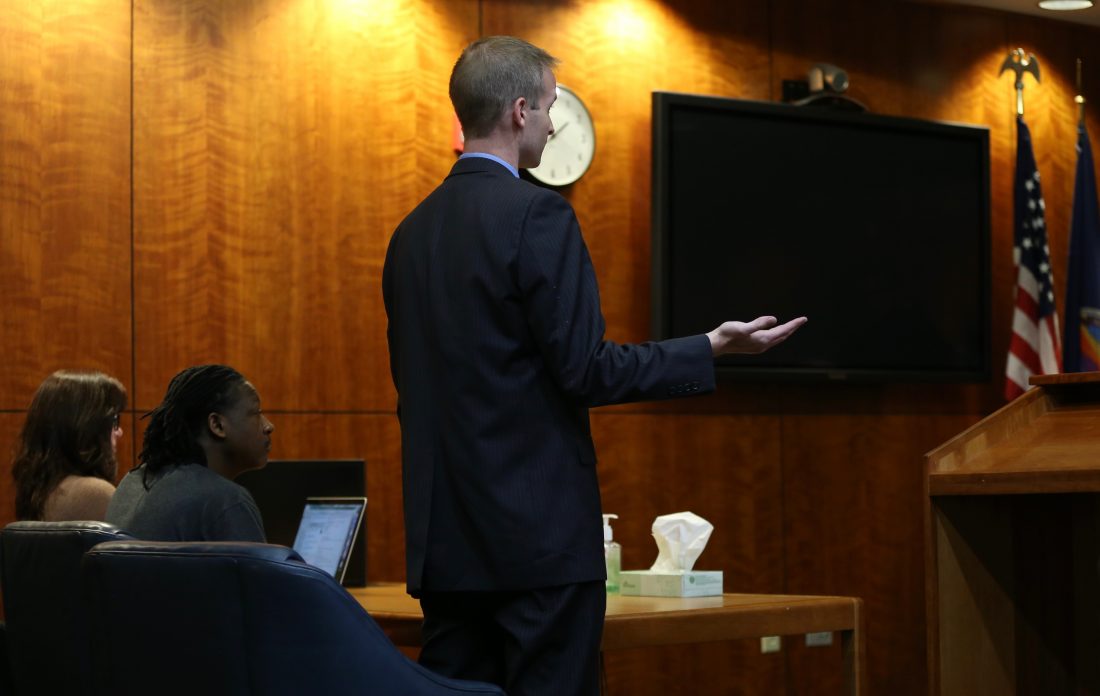 Defense attorney Adam Hall, standing, speaks during a status conference in the case of State v. Rontarus Washington Jr. on Sept. 5, 2019, in Douglas County District Court. Washington is seated between Hall and his other defense attorney, Angela Keck.

Defense attorneys Angela Keck and Adam Hall asked for the prosecutor to inform them of which of Washington’s roughly 7,000 phone calls made from the jail may actually be used in trial. Rieg said none of the calls were part of her case in chief, and McCabria said that if Rieg determined she did want to use any of the calls, she should provide notice to the defense as soon as circumstances permit.

Jury selection is set to begin at 9 a.m. Monday. The court has set aside three weeks, with proceedings expected to conclude by Sept. 27.