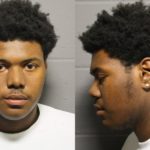 A jury trial is set to begin this week for a Lawrence rape case that garnered national attention when a defense attorney invoked a Kansas law that states “life begins at fertilization” to try to get a charge dropped.

Jordan K. Ross, now 22, of Topeka, is charged with rape by force or fear in connection with an alleged August 2017 incident. He’s accused of raping an intoxicated 15-year-old girl at a house party. He was 19 at the time.

In addition, shortly before Ross was first scheduled to go to trial in November 2018, the prosecution moved to amend his charges to include the alternative charge of aggravated indecent liberties with a child older than 14 but younger than 16.

The Journal-World requested and recently received the police affidavit supporting Ross’ arrest. The document provides some context from police interviews with witnesses and contact between Ross and the girl after the house party.

Douglas County District Court Judge James McCabria denied the Journal-World’s request to release the police affidavit supporting Ross’ arrest until after a preliminary hearing in the case, to avoid jeopardizing the alleged victim’s mental and emotional well-being. After the defendant was bound over for trial, the Journal-World re-requested the document.

Allegations in affidavits have not been proved in court, and defendants in criminal cases should be presumed not guilty unless and until they are convicted. In addition, much evidence in the case arose after a Lawrence police officer signed the affidavit on Nov. 1, 2017.

As could be expected, the redacted affidavit reveals major differences in the versions of what happened that night given to police by the alleged victim, the defendant and witnesses; however, some events were not in dispute. Those interviewed all said the girl had been drinking, and that she and Ross spent some period of time together in one of the host’s bedrooms, behind a locked door.

The affidavit indicates the police investigation began late in the day on Thursday, Aug. 17, 2017. The girl had gone to Lawrence Memorial Hospital for a sexual assault examination, the affidavit says; the next morning, she had a formal interview with police.

Ross picked up the alleged victim and her friend around 11 p.m. Tuesday, Aug. 15, 2017 and drove them to a party at a duplex in northwestern Lawrence. There, the girl told police, she had a couple of vodka-fruit punch mixed drinks, then six or seven shots of vodka. She said she went upstairs with some friends to get a break from the party, and she recalled sitting on the bed, talking to her friends.

The girl told police the next thing she remembered was Ross taking off her pants. She said the bedroom was dark but the TV was illuminated with a blue screen, so she could see who it was. She tried to tell him she didn’t want to have sex and called to her friends for help, she told police. She described the alleged attack and said Ross covered her mouth so no one could hear her scream and held her wrists behind her so she couldn’t move.

Then, she said, she passed out again. Her next memory after that, she said, was sitting in the bathroom with her friends who were having her drink water and eat bread. They were helping her get her pants back on and tying up her hair, she told police. She said her friends told her they had been “banging on the door and trying to get in to help her while she was being raped,” according to the affidavit.

At her exam, the girl said she hadn’t showered since the alleged rape, and she gave police the clothes she was wearing. Police also collected the sheets from the bed.

One of the hosts of the party reportedly told police the girl had been “extremely drunk and emotional” for the whole party, both before and after she was in the bedroom with Ross. He said he had tried to enter the bedroom while they were inside and Ross told him “Don’t come in,” according to the affidavit. The host said after the alleged incident, the girl said she didn’t want to be around Ross and to “keep him away from me,” the affidavit says. She was “crying out of nowhere,” the host said.

Another girl at the party reportedly told police that she’d tried to get in through the bedroom door. She said she banged on the door and asked the alleged victim if she was OK, and the girl said no. She said when Ross came out, he was “sweaty and gross,” and the girl was on the bed bawling, saying Ross had raped her, according to the affidavit.

Though the context isn’t clear from the redacted affidavit, one witness told police that shortly after the incident, Ross had said someone “better take (the alleged victim) to the hospital because she could be pregnant.”

On Aug. 29, 2017, the alleged victim recorded a FaceTime conversation with Ross, the affidavit says. The officer wrote that in the FaceTime call and in text messages, Ross told the girl she had been drunk and throwing up at the party, but he denied any sexual contact.

In an interview with police on Sept. 13, 2017, Ross allegedly said he thought the girl was 18 and didn’t find out she was 15 until after they had sex. He said the sex was consensual and the girl had not tried to stop him. When they were about to leave the room, she had asked him to do it again, Ross reportedly told police.

Ross allegedly said he had not mentioned that he and the victim had sex in the text messages “because he thought she was going to use it against him in court.” He said that on the FaceTime call, though, he told her “straight up” that yes, it happened. He reportedly told police he thought he was in trouble for having sex with the girl because she was underage.

The prosecutor signed the initial charging document in the case on Dec. 28, 2017. Ross was formally charged on Jan. 24, 2018 after being arrested on a bench warrant, the records indicate. His bond was set at $20,000 cash or surety, and he was to have no contact with the alleged victim or any witnesses who were not law enforcement. Ross bonded out of the Douglas County Jail a few days after he was charged, records show.

Because 16 is the legal age of consent in Kansas, 14- and 15-year-olds are legally unable to consent to sex, according to documents in the case file. Therefore, to prove aggravated indecent liberties, the state does not have to prove to a jury beyond a reasonable doubt that the alleged victim did not consent to sex — just that sex occurred.

In his motion to dismiss the new charge, Overstreet wrote that a 2013 Kansas law acknowledges for fetuses “all the rights, privileges and immunities available to other persons …” So, if the alleged victim’s age were calculated based on the time of fertilization, approximately nine months before her date of birth, she would have been 16 at the time of the alleged crime. Therefore there would be no basis for the second charge.

McCabria shot down that argument, the Journal-World reported.

Walker backed her arguments with an unpublished Kansas Court of Appeals opinion. The Kansas abortion regulation statute defining life beginning at conception was adopted under the public health code and doesn’t apply to the criminal code, according to the opinion. Age is commonly calculated by birth date, and redefining that to equate with “life beginning at conception” would “introduce an unacceptable uncertainty into the criminal law.”

In addition, around the same time, the state had shared new evidence that “bears directly on the issue of whether Mr. Ross and the alleged victim were capable of engaging in sexual intercourse on the night in question,” according to the defense motion for continuance, which the judge did grant.

The trial was rescheduled for July, but it was continued again. In a motion objecting to the continuance, Walker wrote that an illness of the defense co-counsel’s was not cause to once again reschedule the trial. Also, the girl is still in school, and having to conduct the trial during the school year would be “a large inconvenience” for the girl, Walker wrote.

However, McCabria granted the continuance, and the new one-week trial was set to begin Monday, Oct. 28 — roughly two years and two months after the alleged incident.

The Swain Law Office did not immediately respond to the Journal-World’s email requesting comment Friday.