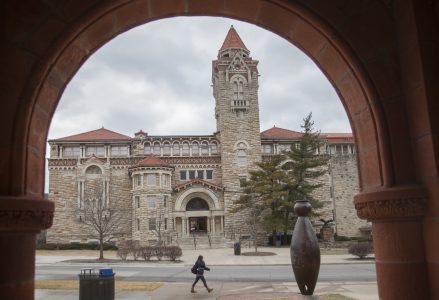 Dyche Hall, home to the University of Kansas Natural History Museum, is framed by an archway at KU's Spooner Hall in this file photo from February 2016.

• Oct. 23 — Stolen KU fossils were plant items that visitors could touch at museum

Three fossils were apparently stolen from a display case at the University of Kansas Natural History Museum.

The fossils were reported missing about 9 a.m. Monday from the museum, which is in Dyche Hall at 1345 Jayhawk Blvd. They are believed to have been stolen between 12:30 p.m. Friday and 5:30 p.m. Saturday, according to the KU police crime log.

The crime log says an unknown suspect pried hooks from a display case to open it and steal the fossils. The investigation is ongoing.

It’s unclear what kind of fossils were stolen or their value.

Officials for the Natural History Museum and KU police did not immediately respond to the Journal-World’s request for more information. 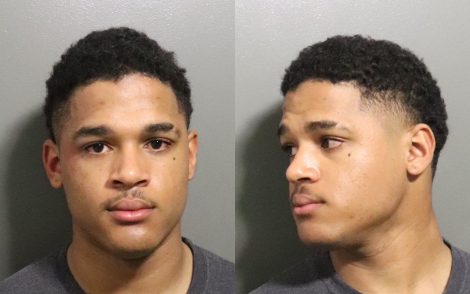