The Lawrence Police Department wants to provide more public education for the community, and it’s planning community conversations on big topics in the coming weeks to do that.

The first event, slated for Tuesday, Oct. 22, will focus on internet safety for kids and teens. The second and third, scheduled for next month, will be active shooter training for civilians.

Officer Shelby Frazier, an LPD school resource officer at Free State High School, said that she, the other SROs and the department’s juvenile investigators were seeing an influx in caseload regarding internet crime.

“Our goal is to educate parents about the different applications like Snapchat and TikTok and how their students are being victimized through these apps, and how to protect their kids,” Frazier said. 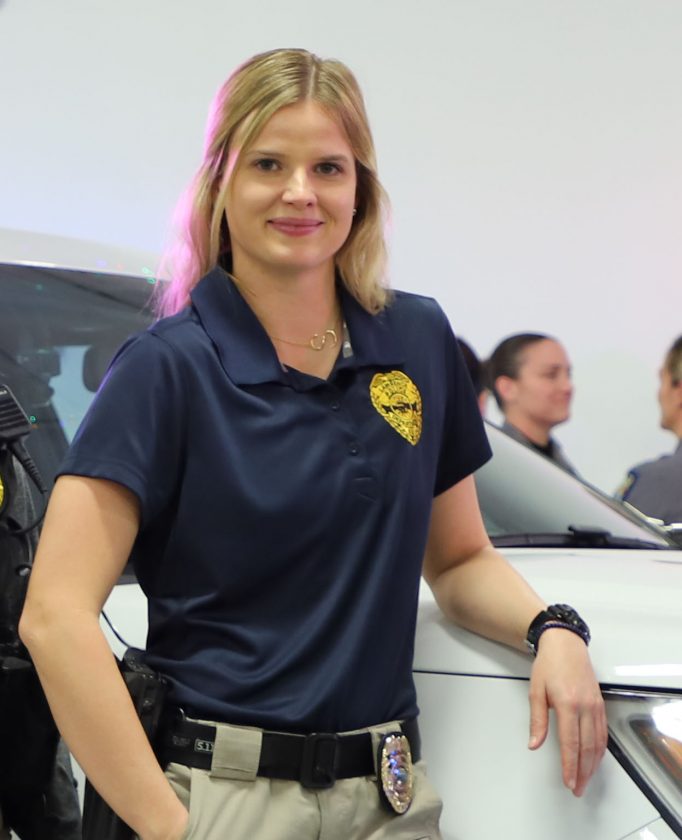 Frazier said the department had seen a lot of online predators involved in crimes such as blackmail and exploitation. She said people established an online relationship with a kid and then sought to get that kid involved in illegal activity on the internet.

“A lot of times it can be peer-on-peer violence as well as adult-to-child violence,” she said.

She said the influx of crimes came from the anonymity that perpetrators have.

“They can get on the app and commit these crimes and it’s very hard to identify the suspect because the platform is public and people can kind of screen their usernames or their IP addresses,” she said. “So it’s very easy to target kids online.”

So the goal for Tuesday’s session — from 7 to 8:30 p.m. at Free State, 4700 Overland Drive — is to show parents where they can find privacy settings in the apps their kids are using, “or where kids hide things in the app,” she said.

“Basically, we want to provide (parents) the tools necessary to protect their kids from these online predators,” she said.

The next two sessions will be from 9 to 11 a.m. Wednesday, Nov. 6, and 5:30 to 7:30 p.m. Wednesday, Nov. 13, at the Lawrence Arts Center, 940 New Hampshire St. Those two will focus on basic training for civilians to respond in the event of an active shooter in the workplace or in the community.

Capt. Troy Squire, who regularly provides the training upon request from Lawrence groups, will educate attendees on the “Avoid Deny Defend” response to an active shooter situation.

Sgt. Amy Rhoads, public affairs officer, said the department has held events such as the social “Coffee with a Cop” frequently in the past. These community conversations are new, and they will be another opportunity for the public to come engage with officers, ask any questions they might have and discuss what’s on their minds.

“We’re really looking forward to getting to know the community on a different level than we’ve done in the past,” Rhoads said.

RSVPs are not necessary, but people are welcome to email nro@lkpd.org to let LPD know they plan to attend. There are also Facebook events for each of the three conversations. Those can be found via the department’s page at facebook.com/LawrencePolice.

Rhoads said these three events were all that had been planned so far but the department hoped to continue with more in 2020.