3 people injured in 3-vehicle accident at K-10 and 6th Street in Lawrence; 1 person flown to hospital 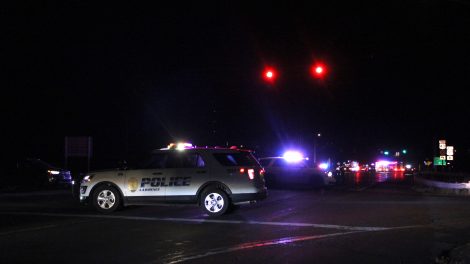 Lawrence police vehicles block off the area near Sixth Street and Kansas Highway 10 on Monday, Nov. 18, 2019, after an injury accident occurred.

Three people were injured in a car accident in the area of Kansas Highway 10 and Sixth Street/U.S. Highway 40 Monday evening, according to police.

Around 6:10 p.m. Monday, first responders were dispatched to the scene of the accident, which involved three vehicles, Sgt. Amy Rhoads, public affairs officer for the Lawrence Police Department, said via email. She did not have any information about how the accident occurred.

One person was taken by air ambulance to an area hospital with serious injuries, Rhoads said; two others were taken to area hospitals with injuries that did not appear to be life-threatening.

A Journal-World reporter en route to the scene observed the LifeStar air ambulance landing at St. Margaret’s Episcopal Church nearby at Sixth Street and Stoneridge Drive. 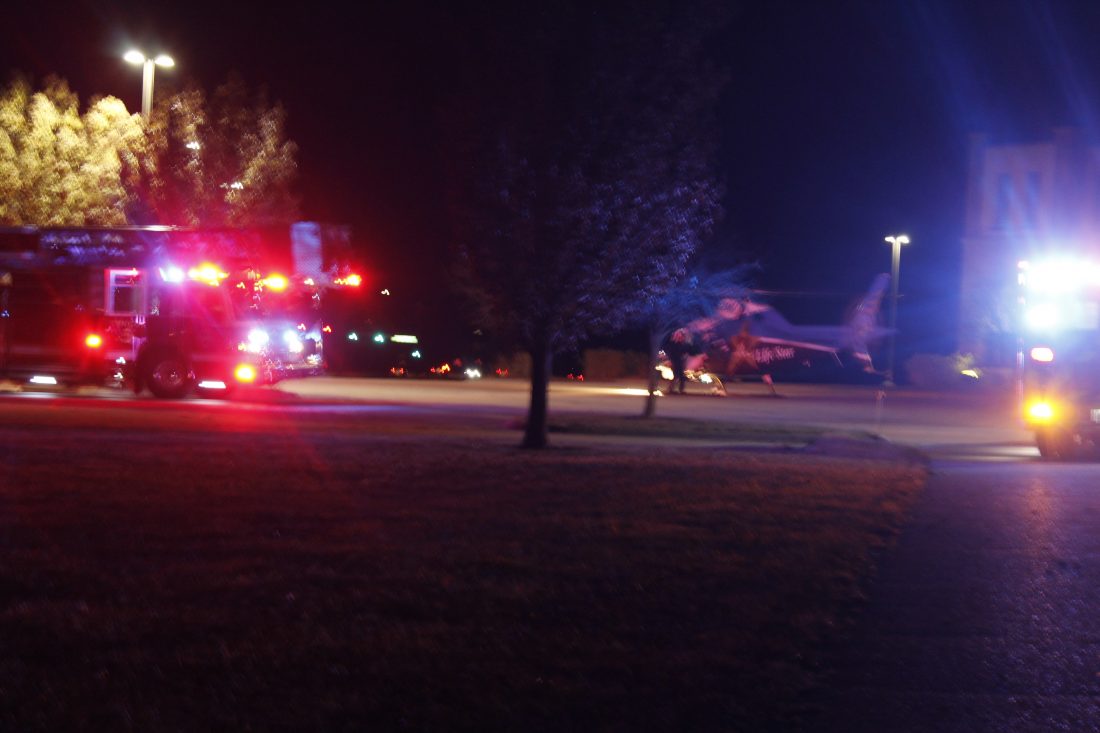 A LifeStar helicopter lands in the parking lot of St. Margaret’s Episcopal Church at Sixth Street and Stoneridge Drive on Monday, Nov. 18, 2019, after an injury accident nearby at Kansas Highway 10 and West Sixth Street.

Rhoads said as of 7:15 p.m., eastbound Sixth Street was closed at the bypass as investigators worked the accident.

A call over the scanner around 6:35 p.m. indicated another accident had occurred nearby at U.S. Highway 40 and East 900 Road. That accident was reported as causing property damage only.

Rhoads said she would have no further information Monday night.