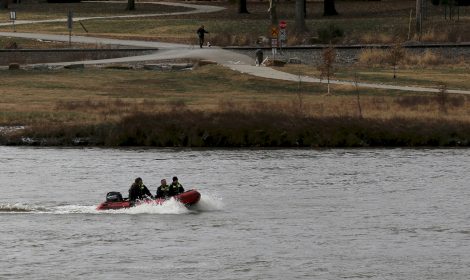 Officers were dispatched to the area, 200 Indiana St., when two men were seen hanging on to a capsized raft in the river, Lawrence Police Sgt. Amy Rhoads said in an email.

The two were contractors performing maintenance on the water intakes for the Kaw Water Treatment Plant, according to a news release from Tom Fagan, Lawrence-Douglas County Fire Medical division chief of administration.

Both were wearing life vests, Fagan said, and they were secured to a tethered work boat about 40 yards from shore. 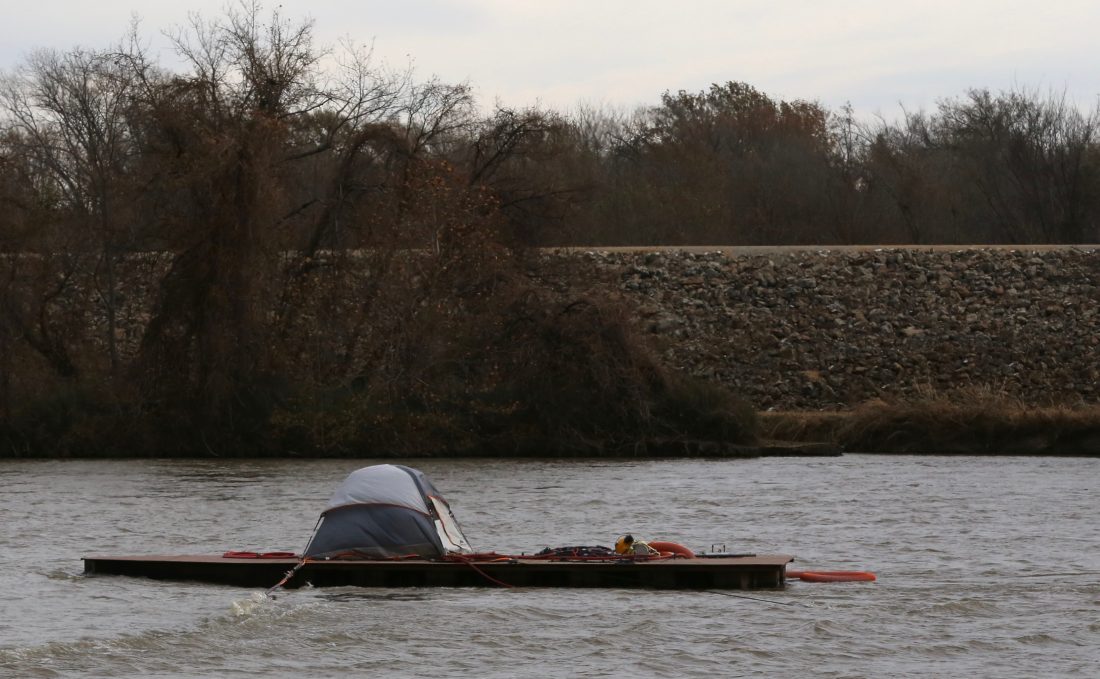 A raft floats in the Kansas River on Nov. 13, 2019, near Burcham Park in Lawrence. First responders said this raft was likely similar to one that capsized, prompting a water rescue effort. The orange cable was tethered back to the shore.

LDCFM deployed two rescue boats and brought the workers to the shore for medical care, Fagan said in the release. Both men were taken to a local hospital for evaluation, he said.

Porter Arneill, spokesman for the City of Lawrence, told the Journal-World that as of Wednesday afternoon city staff didn’t know how the raft capsized.

The contractors were with Rubicon Applied Divers, Arneill said. According to its website, the business is a commercial diving and marine construction company based in California and Arizona. Reached by phone Wednesday, owner Steven Moses said any statements on the incident should come from the city.

Fagan also said he did not know how the raft capsized, as LDCFM responders’ main concern in such an incident is the rescue operation.

However, Fagan said river water — particularly for small boats — can be dangerous. Factors including driftwood can cause the water to shift, and the movement, even if it’s not enough to capsize a boat, could cause a person to fall into the water. 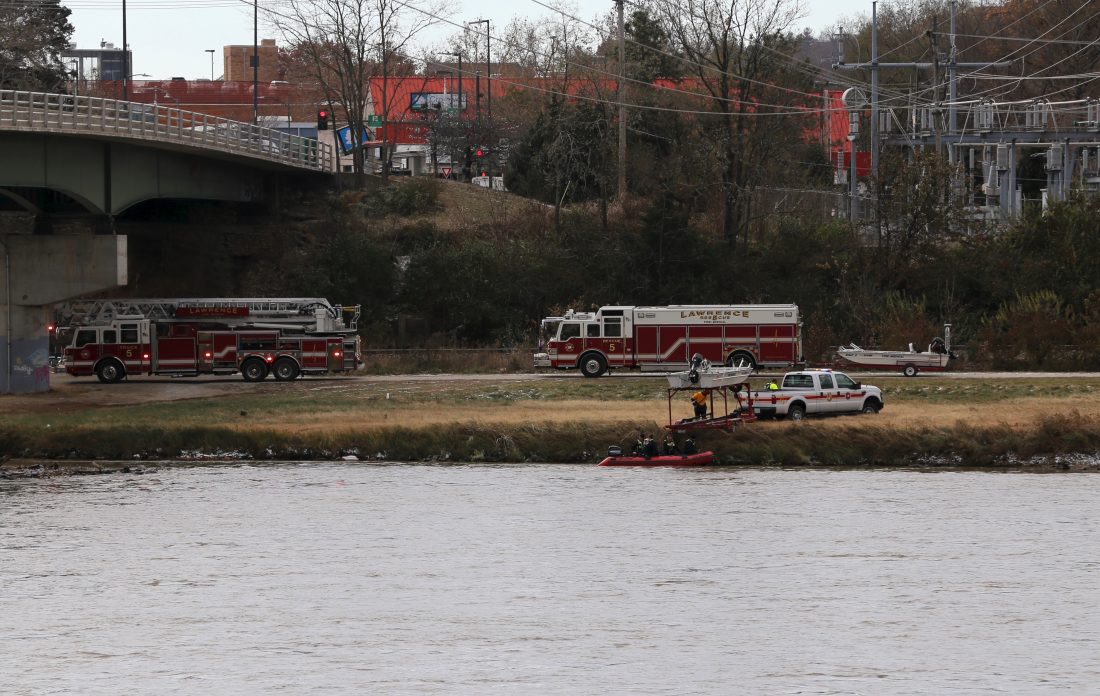 First responders prepare for a water rescue on the southwestern side of the Kansas River on Wednesday, Nov. 13, 2019.

Arneill said that as of 1:30 p.m. Wednesday, he did not have a condition update for the two workers.

“Since they are not city staff, the hospital is communicating directly with the contractor,” Arneill said via email.

Arneill said this was the first time the city has contracted with Rubicon.

At the time of the rescue, the air temperature in Lawrence was around 36 degrees, with a wind chill in the mid-20s.

“Considering conditions involving the Kansas River and cold temperatures, the victims’ life vests and tethered boat contributed to a positive outcome on a very dangerous event,” Fagan said in the news release. 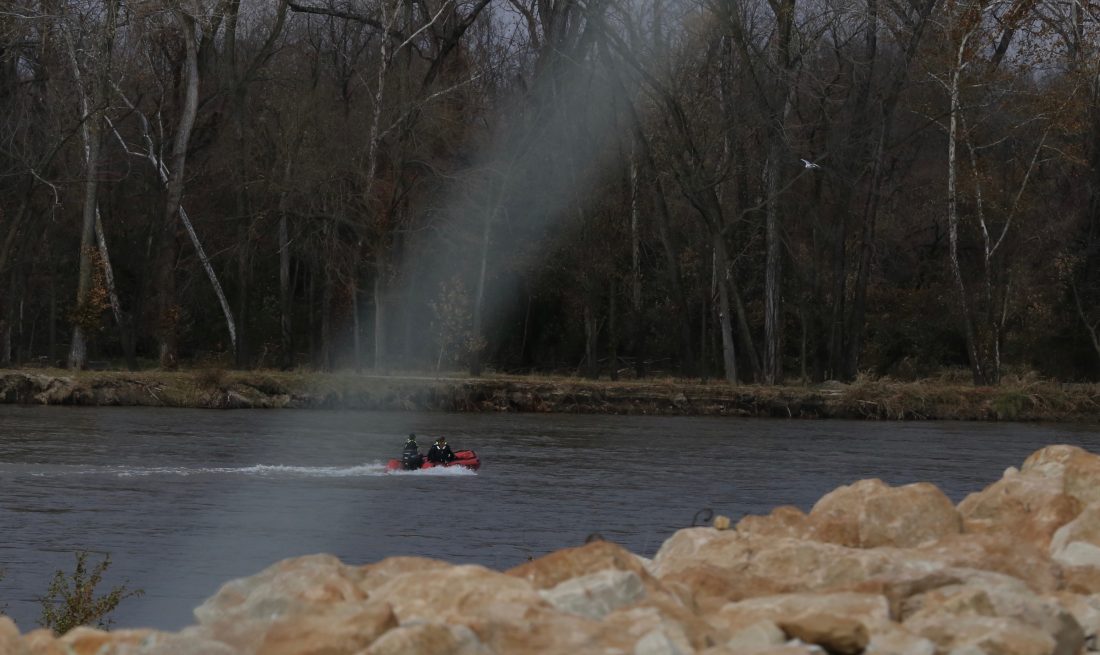 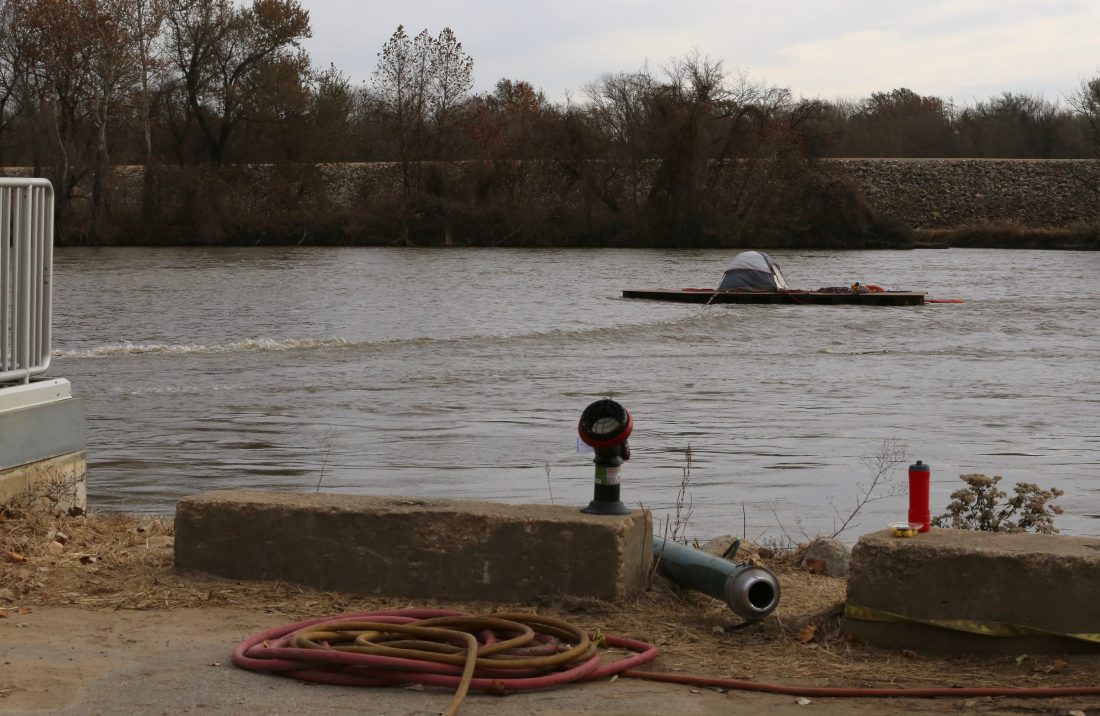 A raft floats in the Kansas River on Nov. 13, 2019, near Burcham Park in Lawrence. First responders said this raft was likely similar to one that capsized, prompting a water rescue effort. Visible in the water is a cable that was tethered to the raft, and similar cables are pictured at shore.