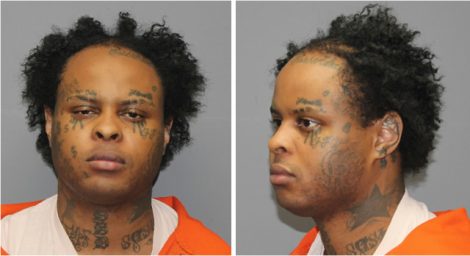 A Colorado man appealed and got about two years and four months shaved off his sentence because of a technical change to his criminal history score.

Elmoses Blackwell, 29, of Denver, was sentenced Sept. 21, 2018 to 25 years and six months for his charge of aggravated criminal sodomy and two counts of robbery. He had pleaded no contest to the crimes in exchange for other charges — including aggravated robbery, assault, burglary and kidnapping — to be dropped.

The change with Blackwell’s corrected criminal history lowers his sentence from 306 months to 278 — about 23 years and two months.

“The legislature has since corrected the issue, but the correction was not retroactive and the case was sent back to District Court for re-sentencing,” Wright Kunard said.

Blackwell will still face lifetime post-release supervision, and he must register as an offender for life, as his original sentence had dictated.

Blackwell’s charges stem from incidents in May and June of 2017. He and two other men reportedly barged into an apartment on Emery Road on May 28, 2017, and stole several items from a couple there. Victims told police he had pointed a gun at them and ordered the woman to perform a sex act on her boyfriend.

In June 2017, Blackwell reportedly invaded a home in the 1700 block of West 24th Street and committed an armed robbery in a parking lot at 23rd and Louisiana streets, the Journal-World reported.

At his first sentencing, Blackwell — whose tattooed face, neck and arms made it easier for police to identify him — said he had started doing drugs at 13 and never got proper treatment for his addiction. He said that being clean has changed his life, the Journal-World reported.

“People look at my appearance and automatically think I don’t care,” Blackwell said at his first sentencing. “I do care.”

• Aug. 2, 2018: Colorado man convicted of sex crime during armed home invasion in Lawrence, plus other robberies