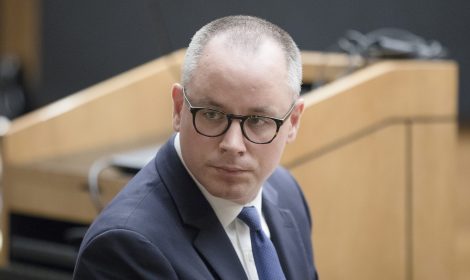 Simpson, of Lawrence, is a senior assistant district attorney in Douglas County, where he has been a prosecutor for the last 11 years, according to a news release from Kelly’s office.

“Mark is an incredibly talented and dedicated public servant, and I know he will serve Douglas County and the state well,” Kelly said. “Mark’s work ethic, compassion, and legal skills have impressed people from all walks of life and perspectives.”

In Douglas County, Simpson has handled murder, rape, domestic violence, child abuse, drug and traffic cases, and he was instrumental in the creation of the Douglas County Behavioral Health Court, which has enabled many criminal defendants to avoid prosecution and receive mental health treatment instead of being incarcerated.

“I appreciate the confidence Governor Kelly and the judicial nominating commission have in my ability to do the difficult and important work of a district judge,” Simpson said in the news release.