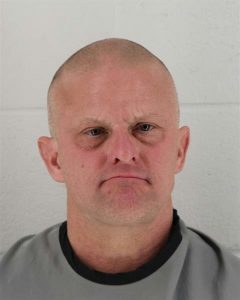 A former Lawrence police officer was sentenced to probation Thursday in connection with a Johnson County highway road rage incident.

Jeffrey Brian Holtzman, 53, was initially charged with aggravated assault for allegedly threatening another man with a deadly weapon on Oct. 18, 2018.

The victim told police that he was driving on Interstate 435 near Interstate 35 when Holtzman pulled alongside him and pointed a handgun at him, the Journal-World has reported. What prompted the road rage was unclear.

Holtzman was sentenced Thursday to 12 months of probation. Kristi Bergeron, of the Johnson County District Attorney’s Office, confirmed via email that should Holtzman’s probation get revoked, he faces five months in prison.

Holtzman resigned from the Lawrence Police Department on Nov. 7, 2018, Sgt. Amy Rhoads previously told the Journal-World. He had been with LPD for about nine years, she said.

A message to the defense attorney listed for Holtzman was not immediately answered Thursday.