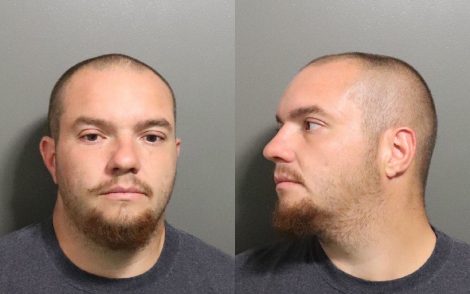 A Tennessee man has been charged with multiple felonies in connection with allegedly leading Douglas County Sheriff’s Office deputies on a 3.5-mile chase with a baby and loaded guns in his vehicle.

Kenneth Jeremy Leedom, 32, of Woodbury, Tenn., was charged in Douglas County District Court Monday with four felony counts, including aggravated battery against a law enforcement officer, aggravated endangering of a child, fleeing or attempting to elude a police officer and theft/possession of stolen property.

• Sept. 4, 2019: Tennessee man charged in alleged chase with baby, guns in truck bound over for trial

As the Journal-World reported, Leedom was arrested Sunday afternoon in the 1000 block of East 251 Diagonal Road.

Deputy Charlie Cooper, public information officer for the sheriff’s office, told the Journal-World via email that deputies attempted to stop Leedom in his 1990s Ford Ranger at East 250 and North 1400 roads. He drove off from the traffic stop, and as deputies were attempting to stop him, he rammed a patrol vehicle with his truck, Cooper said.

Charges filed Monday indicate that a boy in the truck was 9 months old. It was not clear how or whether the child is a relative. There was also an adult woman in the truck, Cooper said. None of the occupants nor any law enforcement officers were injured in the incident.

After the vehicle was stopped, Cooper said deputies found stolen guns inside. Charges do not specify how many guns but do say their value was less than $25,000.

Leedom’s bond was set at $50,000, jail records show. As of Tuesday morning, Leedom remained in the Douglas County Jail.

Online court records indicate that the judge appointed attorney Shaye Downing to represent Leedom. His next court appearance is set for Aug. 20.