Damage to gate at KU chancellor’s residence estimated at $1,500 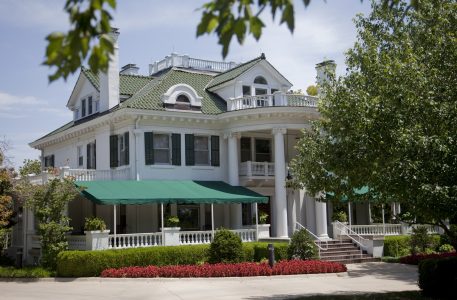 The Outlook, the University of Kansas chancellor's residence, is pictured in this file photo from 2014.

It’s not clear exactly how, but a gate to the University of Kansas chancellor’s residence was damaged over the weekend.

Deputy Chief James Anguiano, of KU police, said Tuesday that someone had caused an estimated $1,500 in damage to a gate leading to 1532 Lilac Lane from Louisiana Street.

Anguiano said the cause wasn’t entirely clear, but it’s possible someone intentionally drove into the gate. The incident is being investigated as criminal damage, he said, rather than an accident.

The damage was reported early Monday, but could’ve occurred anytime after Friday evening.

The investigation continues, and no arrests had been made as of Tuesday morning, Anguiano said.

“The Outlook,” as the chancellor’s residence is known, was built in 1912, according to the KU Places directory. The three-story home sits southeast of Jayhawk Boulevard and Lilac Lane.