Houston — For Tommy Fisher, a federal court hearing set for Thursday next to the U.S.-Mexico border could result in his company getting a chance to prove it can build President Donald Trump’s signature border wall faster and better than the government.

For environmentalists and some landowners in South Texas, the hearing could clear the way for a project that they say could cause flooding and destroy their property.

A federal judge in the South Texas city of McAllen is expected to decide whether to lift a temporary restraining order against a project to build a privately funded border wall next to the Rio Grande.

Fisher’s construction company, which has already won a $400 million border wall contract in Arizona, wants to install 3 miles of steel posts roughly 35 feet from the U.S. bank of the river. The posts would go on private land, with a concrete road behind them intended for law enforcement.

Dating back to the Secure Fence Act of 2006, the U.S. has largely avoided building right next to the Rio Grande.

The meandering river separating the U.S. and Mexico in Texas sustains wildlife and provides fresh water to both countries through a series of dams and canals, defined by international treaty obligations. To avoid violating those obligations by causing erosion or re-routing water from the river, the U.S. has built much of the border wall in South Texas a mile or more away from its riverbank.

There’s been relatively little border wall construction in Texas under Trump, though government attorneys have started going to court to seize private land for the project.

The U.S. sued to stop Fisher’s project, leading to U.S. District Judge Randy Crane issuing a restraining order. Also opposing the project is the National Butterfly Center, a nonprofit located next to the private site.

After hearing testimony last week, Crane will hear from more witnesses Thursday. If Crane lifts his restraining order, Fisher says his crews could start work as soon as Sunday and finish in eight days.

The project was originally announced by We Build the Wall, a Florida-based nonprofit founded in December 2018, when Trump demanded $5 billion in wall funding from Democrats in Congress. When Democrats refused, the resulting standoff led to the longest government shutdown in U.S. history.

Telling supporters that it would build new barriers on its own, We Build the Wall launched an online fundraising campaign and has raised $25 million.

The group’s founder, Brian Kolfage, has promoted the South Texas project heavily on social media, exhorting donors to give more and attacking project opponents, including making baseless claims that groups such as the butterfly center support human trafficking.

But the project has instead become a potential showcase for Fisher, who has promoted his company, Fisher Industries, heavily on Fox News and other conservative media. Fisher said Wednesday that he’s prepared to invest $40 million or more to build the private barrier. We Build the Wall has only contributed $1.5 million. In one hearing last year, the group’s general counsel, former Kansas Secretary of State and Trump ally Kris Kobach, said it was mostly providing “social media cheerleading.”

Fisher argues that the government is being overly cautious by building walls far away from the river. His crews plan to grade the riverbank and clear brush from the property, which he says will improve water flow and reduce erosion.

“We’ve proved you can build right where the agents need it,” Fisher said. “It’s not border security when you’re a mile, two miles, three miles off the border.”

Opponents sharply disagree. They discount a study conducted by Fisher Industries that claims water would flow harmlessly through the 5-inch gaps between the fence posts. They also worry that the 18-foot (5.5 meter) steel posts could break off in a storm and flow downstream into communities in the U.S. and Mexico.

“They cannot make an assumption that is contrary to all real-world evidence without providing evidence of their own,” said Scott Nicol, a resident of South Texas’ Rio Grande Valley and co-chair of the Sierra Club’s borderlands team. “An assertion is not enough.”

The U.S. government sued Fisher Industries and We Build the Wall on behalf of the International Boundary and Water Commission, which oversees the river under treaty obligations. A commission spokeswoman said Wednesday that its engineers were still reviewing the Fisher Industries study and offering feedback.

Javier Pena, a lawyer for the National Butterfly Center, argued that a ruling in favor of the private wall would have far-reaching consequences.

“This would set a precedent that private citizens can violate the treaty with Mexico,” he said. “People can just start building whatever they want within the floodplain.” 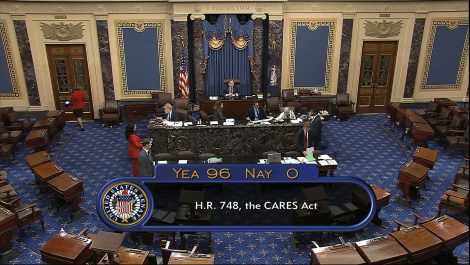