Black Violin returns to Lawrence with their ‘classical boom’; 28 high school students to be featured 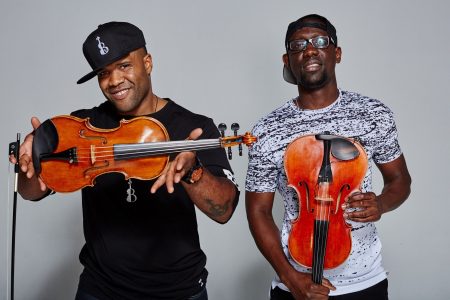 Musical duo Black Violin — violinist Kevin Sylvester, left, and violist Wilner Baptiste, or, as they like to be called, Kev Marcus and Wil B — will return to KU's Lied Center on Oct. 19, 2019 at 7:30 p.m.

For the musical duo Black Violin, Lawrence brings back a fond memory of a surprise reunion with an old mentor.

Violinist Kevin Sylvester and violist Wilner Baptiste, or, as they like to be called, Kev Marcus and Wil B, have performed in Lawrence at least five times, Sylvester supposed. They return Saturday for a 7:30 p.m. performance at the Lied Center.

The classically trained musicians incorporate a variety of genres into their sound: hip-hop, pop, funk and more. The distinctive product is sometimes described as “classical boom.” They’ve performed alongside Alicia Keys and Wyclef Jean and have shared the stage with Kanye West, Wu-Tang Clan and Aerosmith.

“The show is more energetic,” Sylvester said. “It’s loud, in your face, smacking.”

Their concert tours take them from state to state daily, so they don’t have much time to explore the cities they stay in. But Sylvester recalled in a phone interview a truly special performance that took place in Lawrence.

“Someone out here says that he’s your old high school orchestra teacher,” Sylvester remembers being told right before the show, only to find out that his and Baptiste’s old teacher, whose class the duo met in, had paid them a surprise visit.

“Most of the time you don’t get to see the seeds you plant,” he said of his director, noting how special it was to have him see them perform. “During the show we put a spotlight on him and had him stand.”

Because they don’t get to spend much time in each city, they “try to bring the community” to them.

Saturday night, 28 student musicians from Lawrence High School and Lawrence Free State will join Black Violin onstage to perform “Impossible is Possible,” one of the songs off Black Violin’s newest album, “Take the Stairs,” set to release Nov. 1. Attendees of Saturday night’s performance can expect to hear more than half of their new album.

“Black Violin are amazing performers. It’s always a fantastic show,” said LHS orchestra director Mariah Barnett. “And I’m really grateful that they are willing to include high school students and give them that opportunity.” 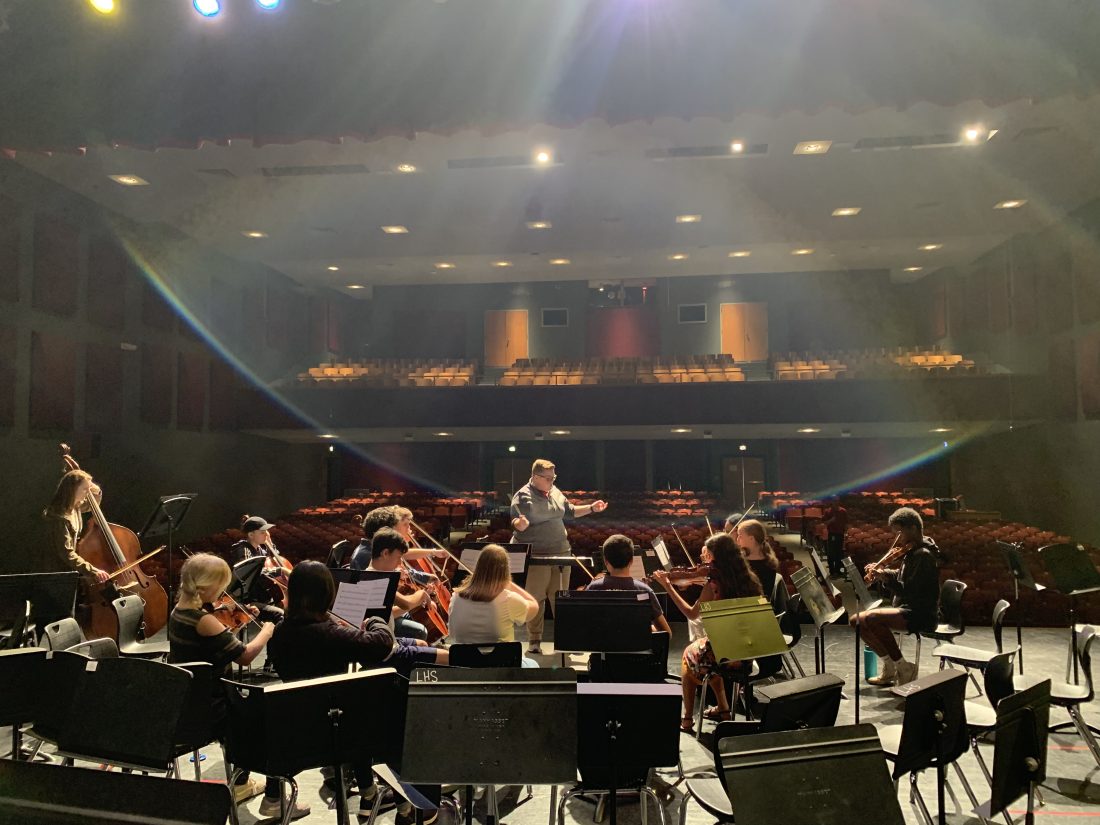 Lawrence High School students rehearse on Oct. 2, 2019 for an upcoming performance with Black Violin on Oct. 19 at the Lied Center.

Students received the sheet music two weeks ago, but Barnett isn’t at all concerned.

“They’re all really good musicians who have a lot of talent, so it’s not a big deal for them,” she said.

Emmeline Schneider, a senior from LHS who plays double bass, said in an email that she is looking forward to “getting to play with some extremely talented musicians on a stage as big as the Lied Center, and playing more fast-paced pop style music.”

Sylvester said they tried to use their platform to inspire others to think differently. The show’s not really about the violin, he said; it’s about “thinking outside the box and breaking stereotypes.”