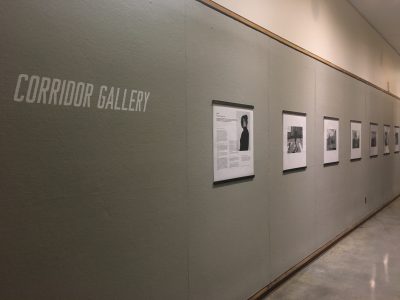 "Laetitia," on display now at KU's Corridor Gallery on the second floor of Chalmers Hall, follows one woman's experience living in low-income housing in northern France.

Violette Franchi was crashing at her cousin’s apartment on the weekends, working on a photography project documenting a low-income housing complex in Saint-Quentin, France.

But one day, when developing film, Franchi came across a picture she had taken of her cousin — who lives in the complex with her two young sons and boyfriend — and realized her true project had been right under her nose the whole time.

“When I would go back to Paris to process the film, I understand maybe it’s about her,” Franchi said of her cousin, Laetitia.

“Laetitia,” an exhibit in the Corridor Gallery of Chalmers Hall at the University of Kansas, offers an inside and personal look at one woman’s low-income housing experience in northern France.

“It shows this kind of intersecting of documentary photography and personal photography,” said Mike Sinclair, a KU lecturer in the school of architecture and design. He curated this exhibit and also taught Franchi in the 2015-2016 school year, when Franchi was a student at KU.

Franchi, 24, is a graduate student in France, but took a year off to study abroad at the International Center of Photography in New York, where she is now.

“This is kind of (Franchi) reconnecting with her cousin,” Sinclair said of the exhibit. “There’s this idea of like, ‘Oh, that could have been me.’ So it is not exactly like a reporter or a photojournalist going out and covering a story. It’s part of her family, part of her family’s tradition.”

Franchi said that through her project, which took over six months, she came to understand her cousin’s daily struggles.

“I feel that I am the lucky one and she got unlucky,” Franchi said in a phone interview. “She deserves so much better.

“She’s first a mother and her struggles come afterward.”

The exhibit is in a nondescript hallway of Chalmers Hall, but Hatch Media Director Dan Rolf called it a “hidden gem.”

One of Franchi’s favorite images is of her cousin walking her two dogs, alone. She said the image shows how much her subject has on her plate: her responsibilities as a mother, as a partner and as a dog owner. It was also a rare moment where her subject was alone. 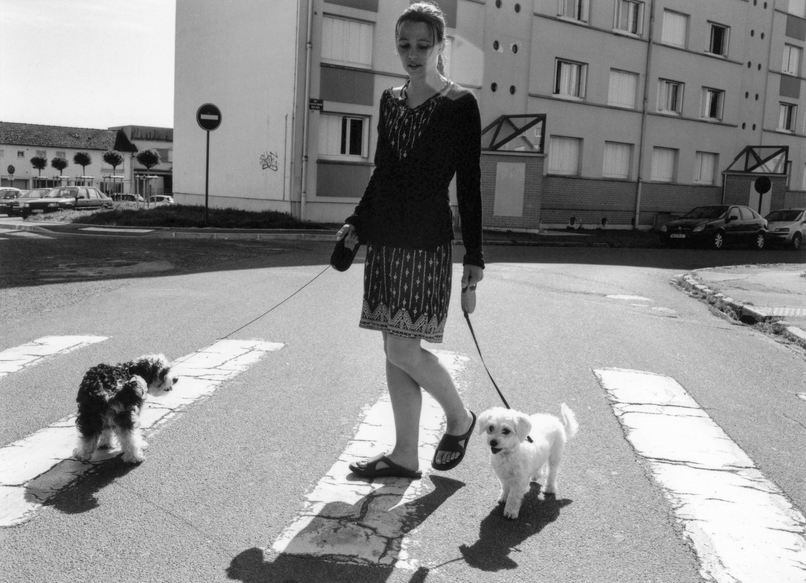 Laetitia walks her two dogs in her neighborhood, on a rare moment alone in Saint-Quentin, France, April 2018.

In another of Franchi’s favorite images, her cousin and her two sons sit at a bus stop, looking downtrodden, while advertisements of smiling, happy families are plastered on the walls behind them. 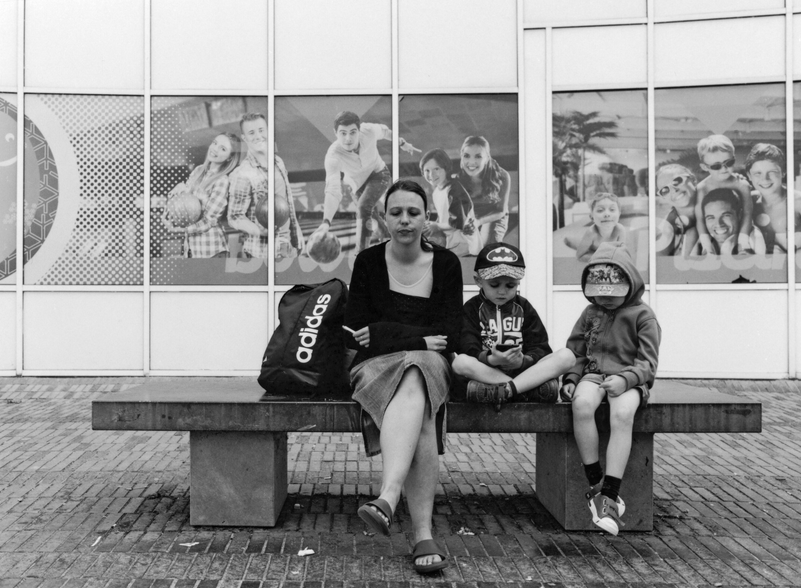 Laetitia, from left, Matéo and Timothée wait for the bus to get home after a family outing to the city, in Saint-Quentin, France, April 2019.

Franchi’s project initially began out of an interest in the architecture of the low-income development. One image shows a fence outside the main building, which Sinclair likened to a prison fence.

“I feel like her life is very much linked to where she lives,” Franchi said. “How can you feel good if you don’t feel good in her home?” 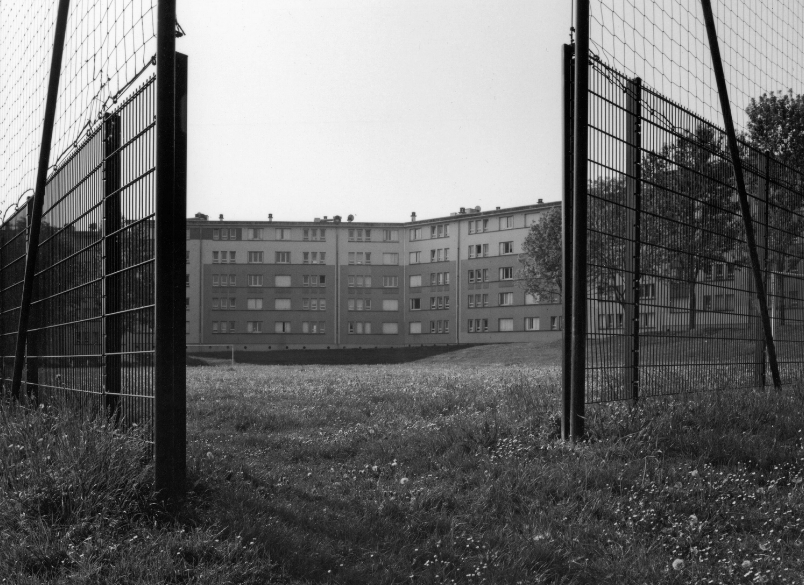 First glance of the isolated neighborhood, up on a hill. Saint-Quentin, March 2018. (Violette Franchi)

In a description plaque next to the exhibit with comments from the artist, Franchi wrote that her cousin has “learned to be suspicious of everyone” in her complex.

“Don’t talk too much, don’t make friends too fast, don’t be loud, mind your own business,” Franchi’s cousin said.

“Staying inside her apartment most of the time, I observed her daily struggles, her extraordinary motherhood, her love and devotion to her boyfriend. All in between many cigarette breaks in the kitchen, dreaming by the window,” Franchi wrote.

The exhibit will be on display until the end of the semester.