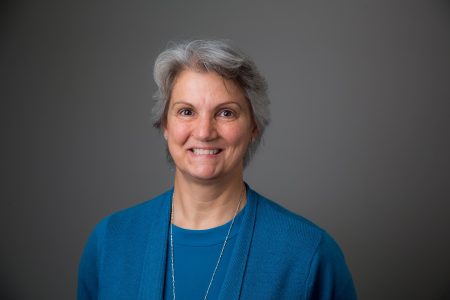 photo by: Contributed by the University of Kansas

Barbara Bichelmeyer, who has served as UMKC’s provost and executive vice chancellor since August of 2015, will give a public presentation on KU’s campus Thursday afternoon.

In her curriculum vitae, Bichelmeyer notes that as provost of UMKC, she is responsible for overseeing more than 125 academic programs, 16,000 students and serving as chief academic officer at a university with a annual budget of approximately $350 million.

Bichelmeyer’s presentation will be in the Summerfield Room of the Adams Alumni Center, from 4 to 5 p.m. Thursday. A reception will follow in the Bruckmiller/McGee Rooms from 5 to 6 p.m. The presentation will be live-streamed and available online afterward at provostsearch.ku.edu.

The first candidate to present was Margaret Raymond, the dean of the law school at the University of Wisconsin. The second was Carl Lejuez, KU’s interim provost. The third candidate was Dave Cook, vice chancellor of the KU Edwards Campus, who was scheduled to present Tuesday at 4 p.m.