Newly released ‘Games of Deception’ details basketball’s induction into the Olympics, with nods to Naismith, Allen 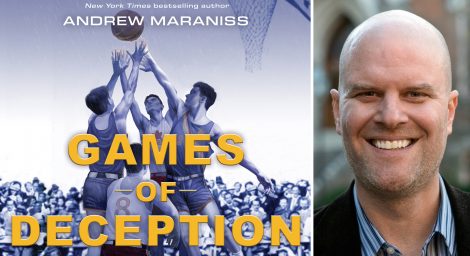 Donors from 43 states chipped in money to send James Naismith to the 1936 Olympics to see the sport he invented played in the international competition for the first time. But when he arrived, there wasn’t any fanfare for his presence, nor complimentary tickets.

“After traveling 4,809 miles from Lawrence, Kansas, to Berlin, the inventor of basketball couldn’t get in to watch the first Olympic basketball tournament,” author Andrew Maraniss writes.

In his new book, Maraniss tells the story of basketball’s induction into the Olympics, from Naismith’s invention of the sport in a Springfield, Mass., YMCA training school in the 1890s, to the choosing of the first Olympic squad — half of which came from McPherson, Kan. — and, eventually, to how Naismith was able to watch the Olympic matches and see America win gold in the final game against Canada, played outdoors in the pouring rain.

Naismith worked at the University of Kansas from 1898 until he retired in 1937.

“Games of Deception: The True Story of the First U.S. Olympic Basketball Team at the 1936 Olympics in Hitler’s Germany,” is set to be released Tuesday from Penguin Books imprint Philomel.

“There’s always been a fascination with the Nazi Olympics, but most people aren’t familiar with the basketball aspect of those Olympics,” Maraniss said in a phone interview with the Journal-World Thursday.

The final match of the 1936 Olympics was described by one American player as a “travesty,” Maraniss writes. The outdoor court the teams were supposed to play on had a low stone wall surrounding the playing surface, keeping all the heavy rain trapped inside the muddy court. Officials agreed the court was unplayable and moved the game to a different court, where conditions were only slightly better. Dribbling was pointless, so the players primarily relied on passing the ball.

The United States beat Canada 19-8, the aforementioned player referring to the “Big Game” as a “Big Joke.” 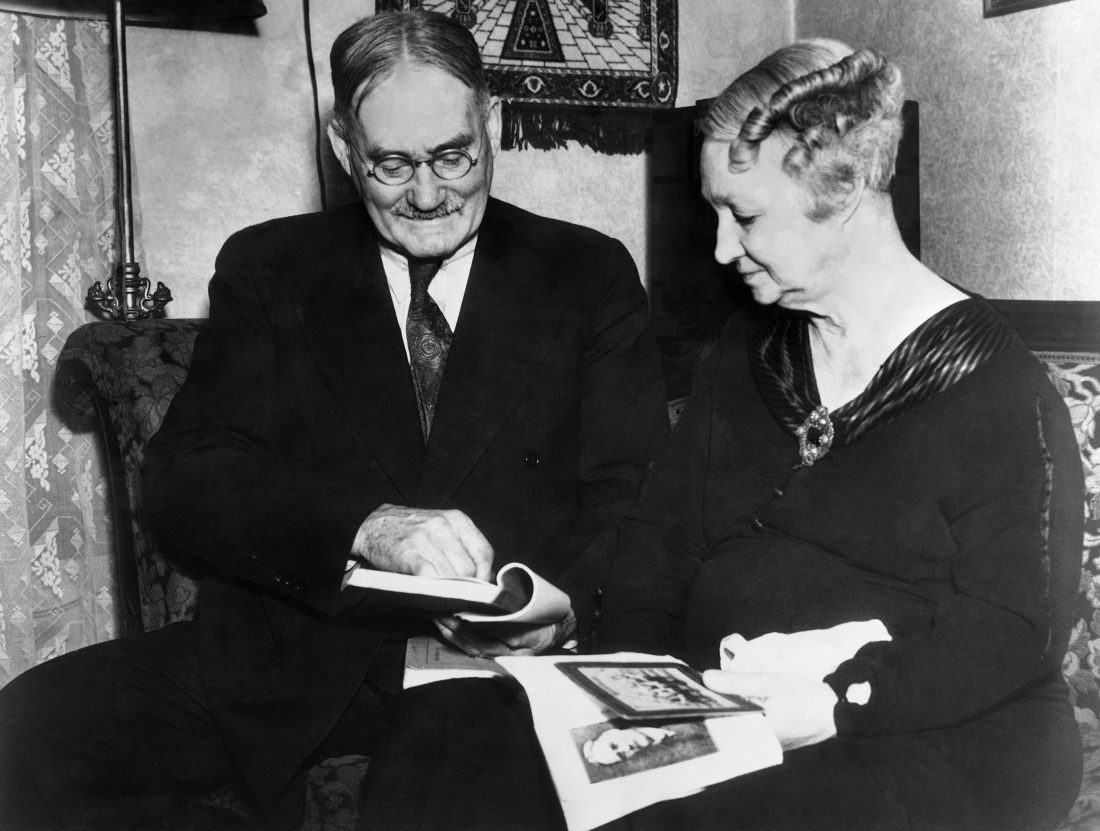 Dr. James Naismith and his wife Maude are shown in Lawrence on Feb. 11, 1936, discussing the early years of basketball as they discuss, also, their proposed trip to the Olympic Games in Berlin. (AP Photo)

It was in Lawrence that Maraniss got the idea for his book. Three years ago, he was here to speak at the Dole Institute of Politics about his previous book, “Strong Inside: Perry Wallace and the Collision of Race and Sports in the South.” And he also made sure to visit Allen Fieldhouse and the DeBruce Center, where Naismith’s original rules of basketball are now housed.

“Did you know James Naismith was in Berlin to see his invention become an Olympic sport?” Maraniss’ guide asked him inside the DeBruce Center.

“I’d had no idea, and I was intrigued,” Maraniss writes in his afterword. “I had read about Jesse Owens, Louis Zamperini and the Boys in the Boat, but I hadn’t realized the Nazi Games were also the site of the first Olympic basketball tournament.”

This bit of information, gleaned in Lawrence, prompted Maraniss’ next book, which he completed in a little over a year, he said.

“Games of Deception” includes such details as the players’ dining menu aboard the S.S. Manhattan from America to Germany, Forrest “Phog” Allen’s work lobbying to get basketball included in the Olympic games — Allen, Naismith’s pupil, coached basketball at KU for decades in the early half of the 20th century — and even how the American team played in makeshift uniforms against the Philippines, because their originals were stolen out of their lockers. 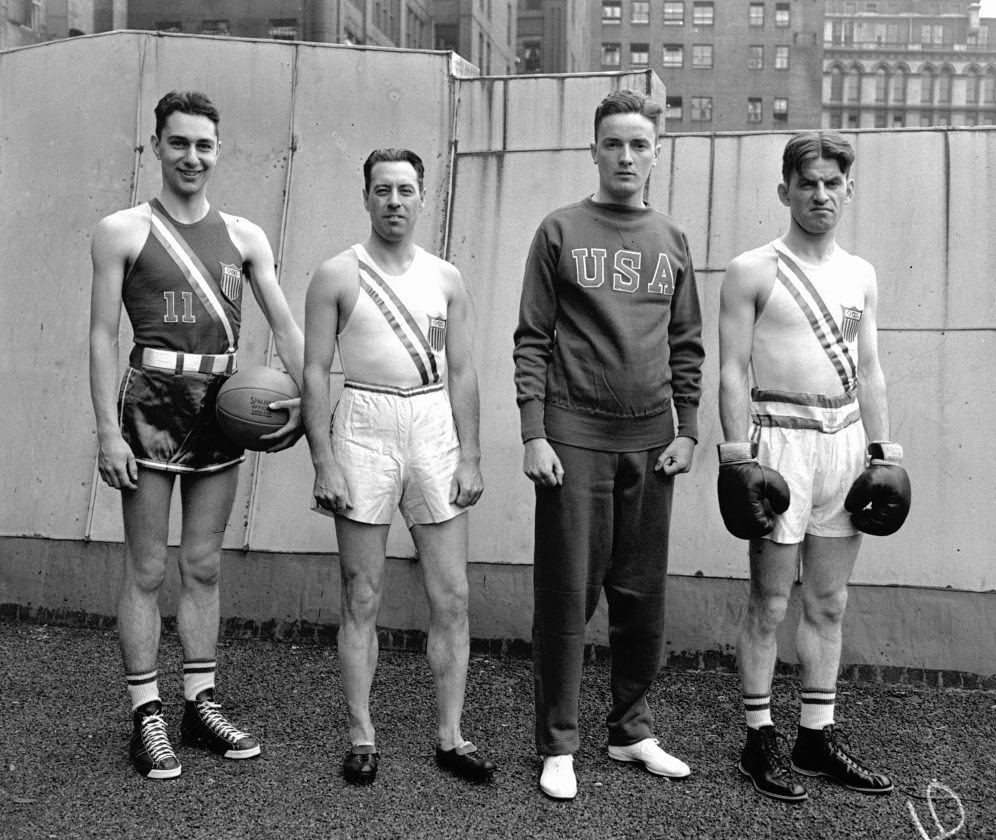 But Maraniss also discusses the deception Germany employed at the games to hide its treatment of Jewish people and promote itself as a strong, unified and nationalistic country. That’s part of the reason the book is called “Games of Deception.”

“I think that sports are a good vehicle to tell a larger story about issues that matter in the present day,” Maraniss said. “This book is about basketball, but it’s also about fascism and racism and propaganda.”

“Games of Deception” is written for a young adult audience, but Maraniss said it’s also for adults.

“I think it’s important to tell those stories to young people so that they can think critically about the world that they live in,” Maraniss said. The larger issues at hand in the book are “issues that mattered then and issues that matter now.

“There’s a lot of kids out there who want to read interesting true stories. I’m trying to write the types of books that I would have been interested in reading myself at that age.”

Maraniss will be in Lawrence on Nov. 13. He’ll visit Lawrence High School and Lawrence Memorial Central Middle School during the day and will have an event at The Raven Book Store at 7 p.m. 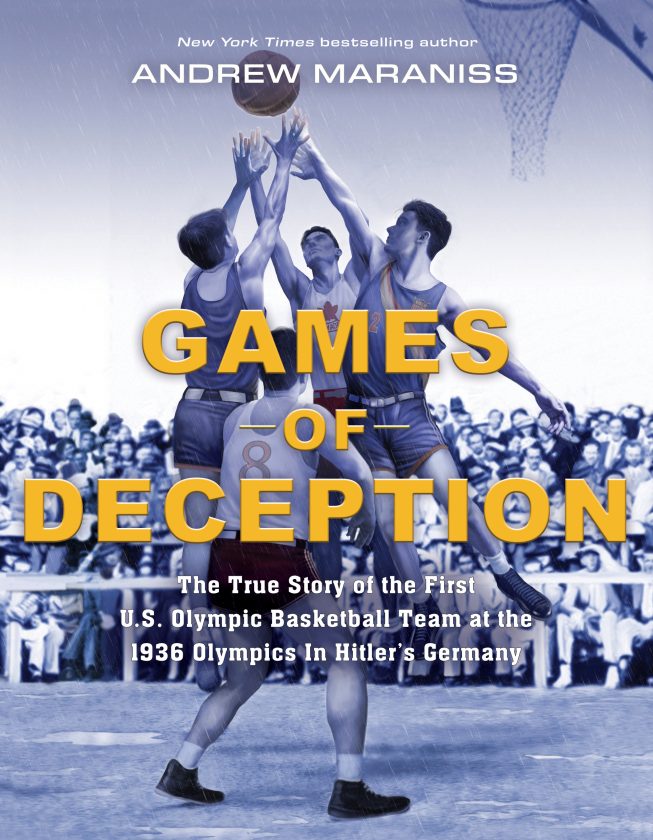 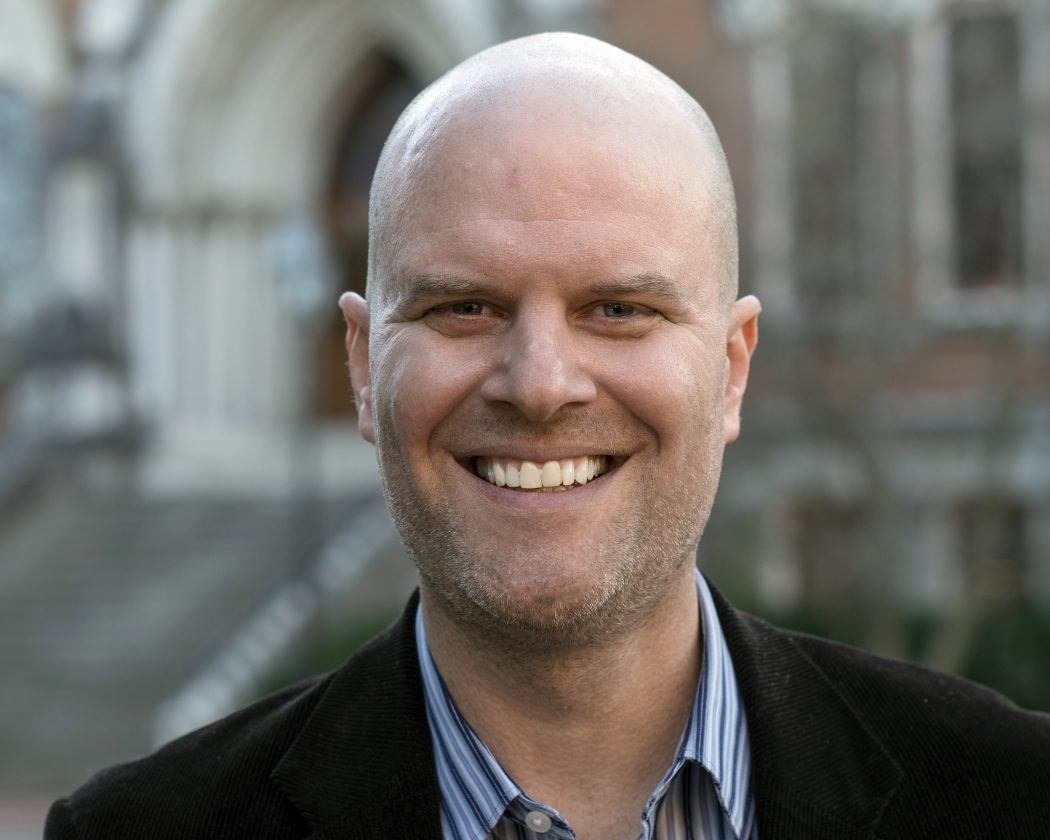