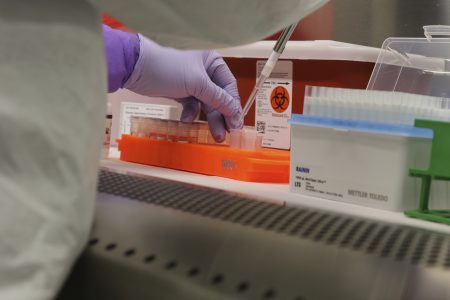 Despite cancellations worldwide and a reported case in Johnson County, the coronavirus won’t yet affect group gatherings in Douglas County, city and county officials said.

There are currently no plans to cancel future events that may draw large crowds, said Porter Arneill, communications director for the City of Lawrence.

It’s a bit early to be having that conversation, said Robert Bieniecki, director of Douglas County’s emergency management department, noting that there have not been any confirmed cases in Douglas County.

• As some colleges have suspended all in-person classes, KU studying variety of responses to coronavirus

Their first meeting was March 6 and included representatives from the city, county, Lawrence-Douglas County Public Health and LMH Health.

Kansas’ first case of coronavirus was confirmed on Saturday after a woman living in Johnson County tested positive for the coronavirus, originated in Wuhan, China. She has now been admitted to University of Kansas hospital, in Kansas City, Kan., the hospital announced Monday.

Nationwide, however, there have been over 650 confirmed coronavirus cases in the United States, as of Monday afternoon, and at least 26 patients with the virus have died, according to the New York Times.

Some organizations across the U.S. are taking precautions by canceling or postponing events. South by Southwest, a music, film and technology festival in Austin, Texas, was canceled by city officials on Friday. The University of Washington shifted to online classes for its 50,000 students, and other universities have followed suit since, some canceling classes and others holding virtual courses.

Lawrence city manager Craig Owens said the city is “developing internal plans for potential impacts on city services” and coordinating “comprehensive response plans for the community as needed.” He said the city is closely monitoring the coronavirus and is in regular communication with Lawrence-Douglas County Public Health and the Kansas Department of Health and Environment.

George Diepenbrock, communications officer for Lawrence-Douglas County Public Health, said that while there are currently no plans to cancel large group gatherings in the county, people who aren’t feeling well should take precaution and stay away from crowded events.

The Kansas Department of Health and Environment has a document on guidance for mass gatherings in light of the virus on their new coronavirus online resource center. The document advises event organizers to have extra supplies at their event, such as hand sanitizers, tissues, sinks with soap and disposable face masks for people who may become sick. They should also establish procedures to help sick staff or attendees leave the event as soon as possible.