Lawrence artist Xavier Martinez was commissioned to create a George Floyd/Black Lives Matter mural on the back fence of homeowners Erin Socha and Maggie Wagner. The mural is visible from 23rd Street between Vermont and Massachusetts Streets.

Erin Socha and Maggie Wagner have lived in Lawrence for over a year, but it wasn’t until the Black Lives Matter protests began in late May that they realized their back fence could become a platform for social change.

The fence, between Massachusetts Street and Vermont Street and visible from 23rd Street, is in a prominent location on a busy Lawrence thoroughfare. On June 18, that once-gray fence transformed into a blue mural depicting the face and name of George Floyd and the words “Black Lives Matter.”

“It’s easy in a place like Lawrence to not have to speak up, to not have to show support,” Socha said, noting that Lawrence is a predominantly white community. “I think what we were hoping to accomplish was just to let our neighbors know that we support this movement … and use what little space we had to add something beautiful to the community.” 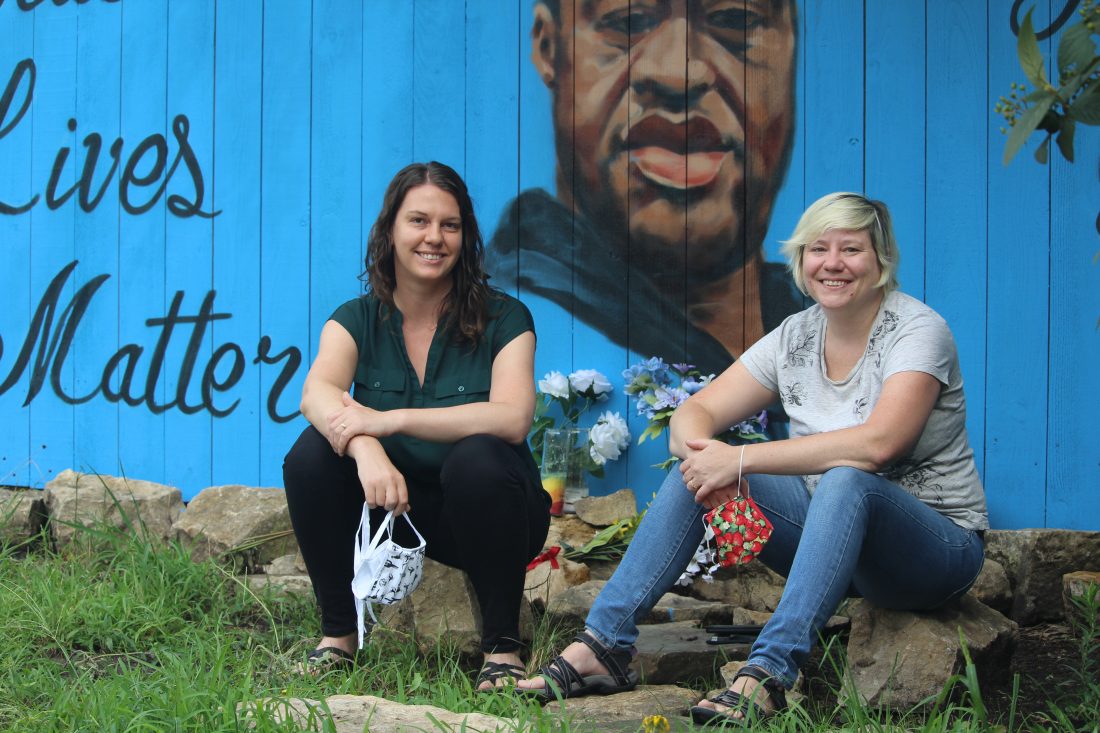 Maggie Wagner, left, and Erin Socha, right, commissioned local artist Xavier Martinez to create a Black Lives Matter mural on the back of their fence, which faces 23rd Street between Massachusetts Street and Vermont Street.

Martinez said he was excited when Socha asked him to do the mural. He had been looking for an opportunity to support the Black Lives Matter movement through painting in Lawrence. Before being commissioned for the job, he had done a similar mural of Floyd on the Topeka Graffiti Wall.

“I wanted to remind people every time they see it to try to be more aware of this kind of thing that’s going on,” Martinez said, “to criticize and to call any kind of prejudices or racism out and try to change for the better.” 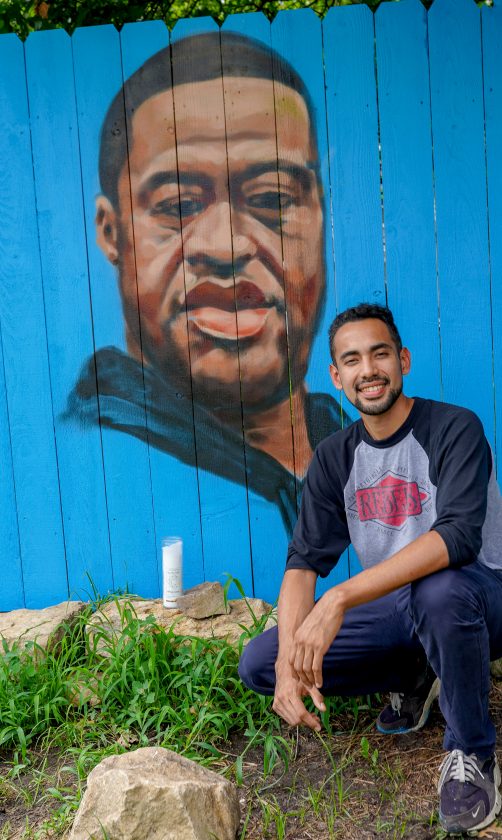 Martinez said creating the mural was important to him because he comes from a diverse family that has had to deal with prejudice and injustice. Martinez, who is Chicano, didn’t want Floyd’s story to be forgotten.

Floyd, a 46-year-old Black man, died on May 25 after pleading for air while being pinned under the knee of white Minneapolis police officer Derek Chauvin.

Martinez wanted to use his platform as an artist to create the mural as “a constant reminder.”

“Sometimes it’s really easy to forget because there’s always the next story,” said Martinez, whose artwork can be seen on Instagram under his username commonpicasso.

It took Martinez two days to complete the job, about five hours in all. First he did the background, which took about an hour, then came back the next day to complete Floyd’s face and the text. He mostly used spray paint but touched up the letters with a brush, he said. 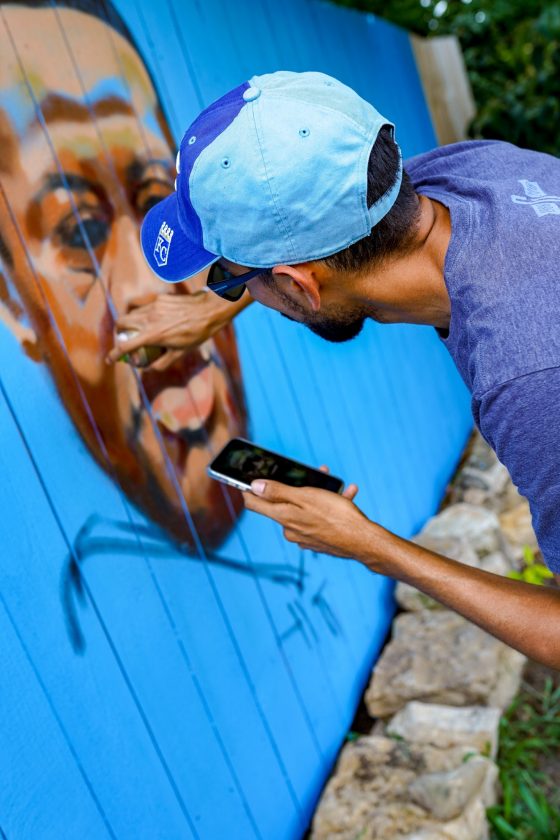 As he was painting, Martinez said he received honks from passing cars and even had people come up to talk to him. Only one person wasn’t supportive, he said. Martinez said he would’ve done the mural for free but that Socha wanted to make sure he got paid for his work. Socha said she was also specifically looking to hire an artist of color for the project.

When Socha first had the idea to turn their fence into a mural, she briefly worried that it could make their home a target for someone who disagreed with the message.

“It occurred to me, if that was my concern, that was sort of the epitome of white privilege,” she said.

Since the mural has been up, Socha said the reactions she has received from neighbors and on social media have all been positive. Flowers and candles have been placed by the fence, and Socha said the candles seem to be lit on a daily basis. People have also moved rocks in the yard to create a sort of path and seating area by the fence.

The day after the mural was finished, Socha drove by and saw a group of kids sitting in front of it. It was June 19 — Juneteenth — a holiday celebrating the emancipation of slaves in the United States.

“It felt very timely,” she said.