Creators of a new art project want to help people appreciate the beauty of Lawrence parks and green spaces — and even bring a bit of that beauty indoors.

The Lawrence Public Library partnered with several organizations — Lawrence Magazine, the Kansas Land Trust and the Douglas County Community Foundation — to create postcards and posters for the Lawrence Parks & Green Spaces Art Project. The artwork is incorporated into the library’s summer reading program and is also for sale, with the proceeds benefiting the artists and the library. 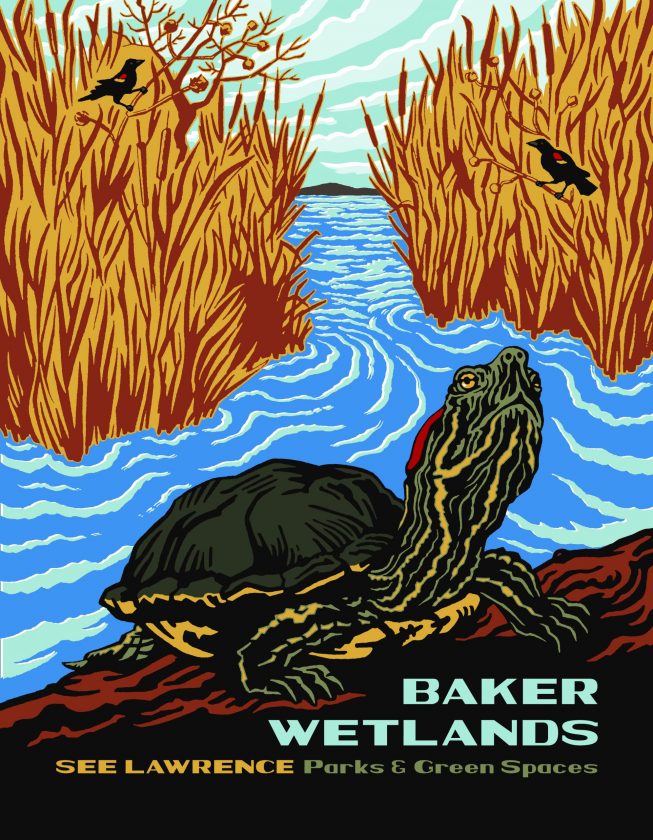 Mary Gage, creator and organizer of the project, said the idea for the posters came from the National Parks “See America” posters commissioned in the 1930s and ’40s by the Works Progress Administration Federal Art Project. Gage, who writes for Lawrence Magazine and is also a member of the library’s Friends & Foundation board, said that for her the idea to do something similar in Lawrence originated in 2015, when she hiked in all the state parks as part of a different project.

“It really underlined for me how much outdoor beauty there is right around us,” Gage said. “And you don’t have to go to a national park or something far away; it’s often in your own state or your own backyard.” 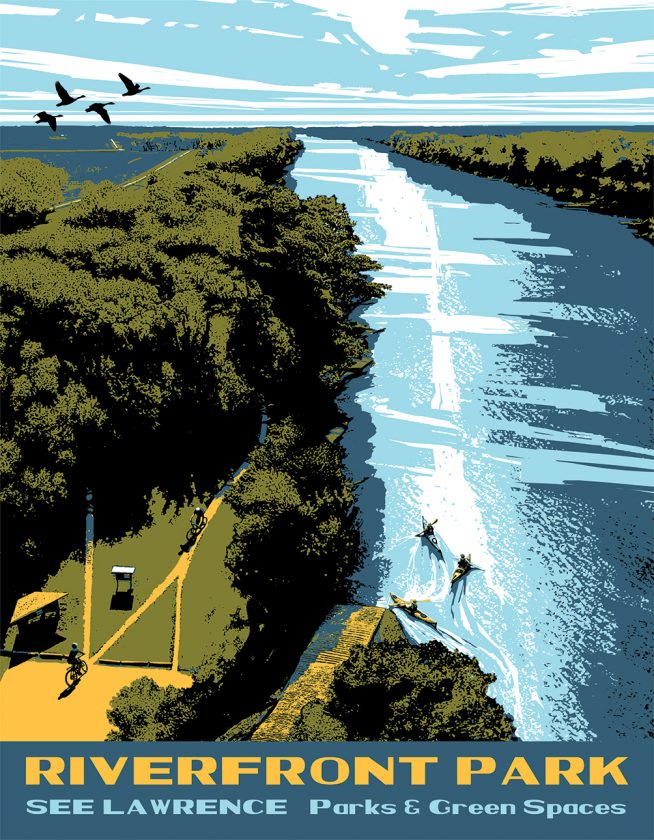 Lawrence Magazine, which has the same owner as the Journal-World, asked local artists to create an artwork of their favorite Lawrence park or green space in the spirit of the National Parks “See America” posters. The artists created vivid and sometimes whimsical depictions of 11 locations, including the Baker Wetlands, Haskell Medicine Wheel, Hobbs Park, South Park and Watson Park.

The projects is part of the library’s summer reading program, which this year includes nature journals, according to a news release about the program. Participants in the Lawrence Public Library’s reading program, as well as the Eudora and Baldwin City programs, can pick up or print off the nature journal, which includes outdoor activities.

The Kansas Land Trust and the Douglas County Community Foundation created the journals to celebrate the KLT’s 30-year anniversary. As part of the activity, summer reading program participants will explore local outdoor spaces, including some of those included in the Lawrence Parks & Green Spaces Art Project, and record their experiences via sketches, poetry and written reflections. Kathleen Morgan, the library’s director of development and community partnerships, said in the release that this year is the perfect year to get outside and enjoy local parks and green spaces. 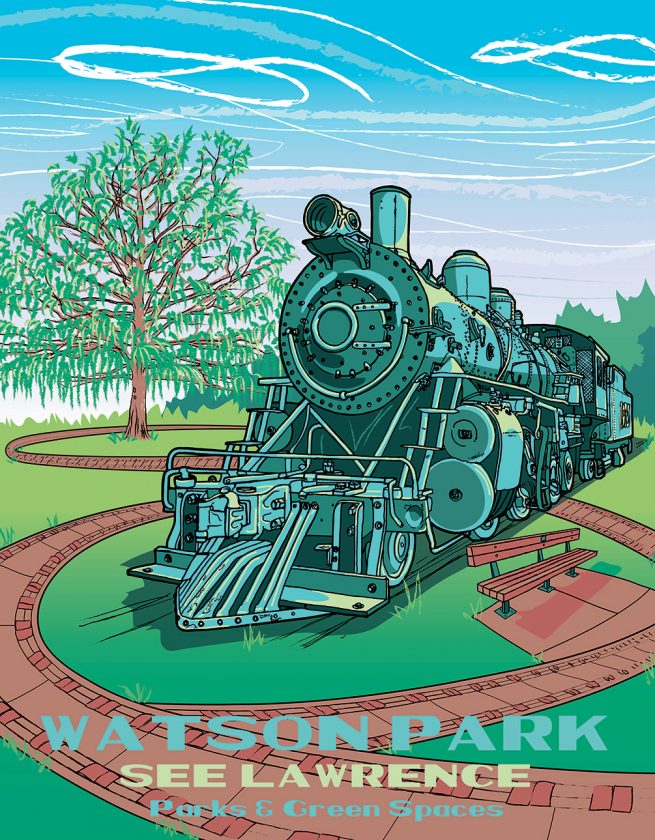 The project comes at a time when the coronavirus pandemic has closed city recreation centers, canceled sports leagues and generally limited gatherings and activities, especially those indoors. Gage said that more people seem to be using the city’s parks and other outdoor public spaces than ever before. She said although work on the project began last summer, well before the pandemic, it has taken on new significance.

“I think it’s definitely given a new meaning to how important it is for us to have public outdoor spaces and how much of a difference that makes in our health and well being,” Gage said. “It kind of ended up being very timely, although who would have known?” 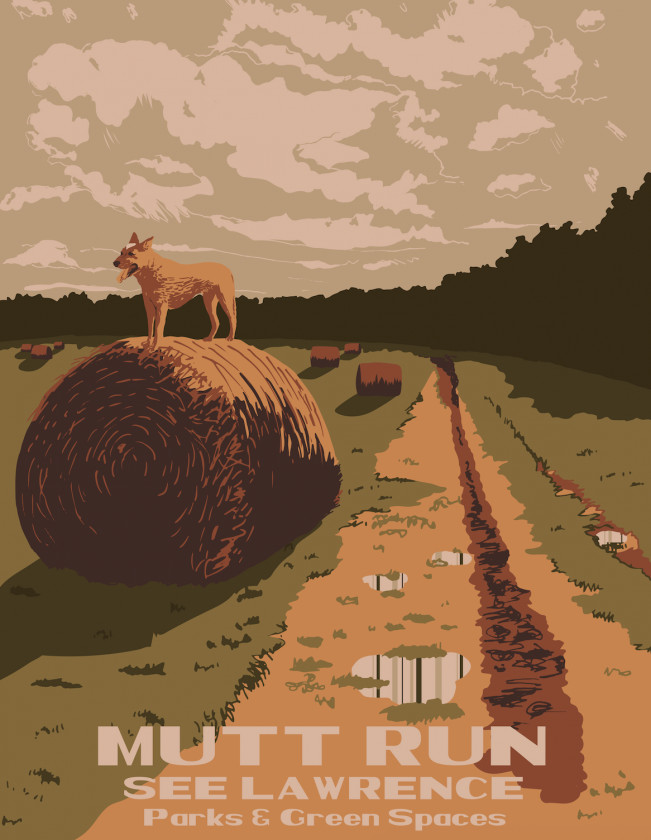 A set of 11 postcards can be purchased for $15, and the posters can be purchased for $25 to $45, depending on the size, on the project’s website, lawrenceparksproject.square.site. Gage said about 100 postcard sets and about 100 posters have been sold in the first three weeks of sales, and the artwork would be for sale through the end of August. The posters will also be on display for that same period at the Lawrence Public Library, 707 Vermont St. 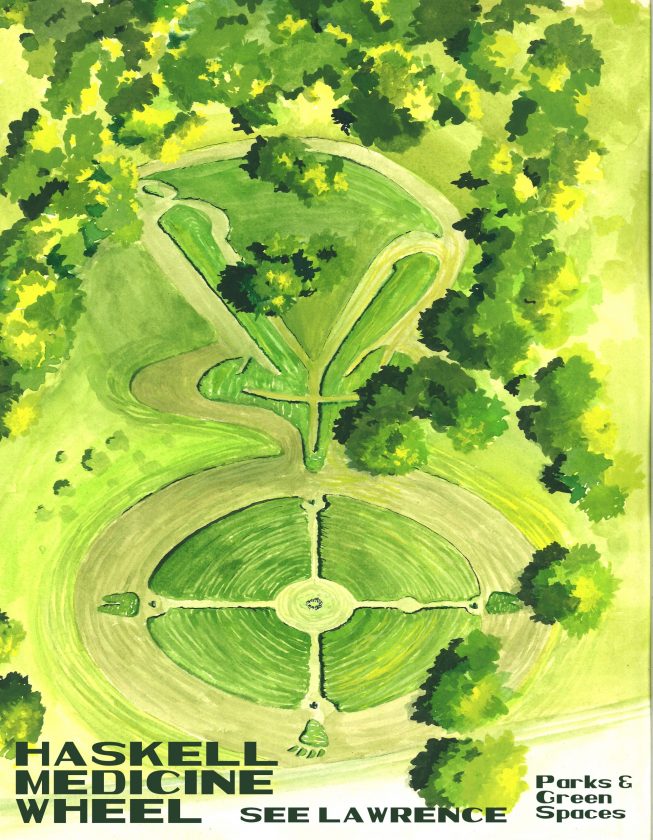