Power lines bisect the skyline at the former Westar Energy plant in Lawrence in this file photo from June 2007.

Evergy, Kansas’ largest electric utility, has hired a financial adviser to study the company’s future after a major investment group heavily criticized the utility and said it should be sold or reorganized.

Elliott Management Corporation, a New York-based investment group that owns about 11 million shares of Evergy, released a letter Tuesday calling for Evergy to either be merged with a more competent utility operator or for the Evergy board to be significantly reorganized.

Evergy, which is the company that was created when Topeka-based Westar Energy merged with Kansas City Power & Light’s parent company, released a statement questioning several of Elliott’s findings, but also announced it has hired Morgan Stanley and other advisers to evaluate Elliott’s proposals and the utility’s overall strategic plan.

Evergy has a large presence in Lawrence. It is the largest provider of electricity in the area, and it operates a major coal-fired power plant just north of the Lawrence city limits.

Some of the proposals by Elliott could result in higher electricity costs for consumers. The investment group said in its letter that it is unhappy with the rate of return that the new Evergy, which was formed in 2018, is earning for investors.

“The overall annualized rate impact to customers is expected to be well below the rate of inflation, and likely overall rate neutral,” Elliott leaders said in the letter.

In a statement released Tuesday afternoon, Evergy largely did not take a position on many of Elliott’s proposals.

“We are open to evaluating opportunities that may create value and recognize that Elliott has different views regarding our strategic plan,” Evergy leaders said in the statement. “At the same time, there are various considerations that we believe are important when evaluating the conclusions that Elliott has asserted in its letter.”

Evergy said it remained on track to achieve $550 million in cost savings by 2023 through the merger of Westar with KCP&L parent company Great Plains Energy. Evergy noted that it thus far has achieved the savings without any involuntary layoffs at the company.

Evergy also said it believed that its financial results were producing “competitive shareholder returns.” Elliott, however, contends that Evergy has significantly underperformed the financial results of other utility companies. Elliott was particularly critical of Evergy’s program to repurchase shares of its own stock in an effort to boost its price. The investment group argues the utility should be using that money to make more direct investments in improving its rate base. Among the investments Elliott has called for is for Evergy to transition a portion of its “environmentally unfriendly, high-cost coal generation to a new renewables generation.” Elliott estimates green energy investments could save the company more than $200 million.

The merger option would involve a stock-for-stock merger with an unidentified utility company that “would oversee the implementation of a high-performance plan” for the utility.

Elliott said it sought to privately discuss its concerns with the Evergy board in October but was rebuffed. For its part, Evergy said it has been “engaged in good faith with Elliott to fully understand and evaluate their proposals” since October. 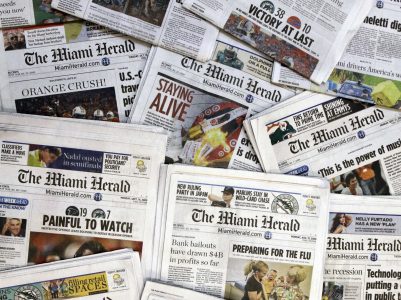