Cate Flaherty, an acrobatic juggler whose stage name is Cate Great, performs during the Lawrence Busker Festival on Friday, May 24, 2019.

A loss of a city grant had some people concerned that Lawrence’s annual Busker Festival would suffer, but the festival’s organizer has announced that the event will actually expand by a day this May.

“I came downtown last year on Monday after the festival and found crowds of people, many looking for the festival,” organizer Richard Renner said in a press release. “So, I thought, why not give them what they want?”

Renner was able to expand the festival after securing financial aid from private sponsors Free State Brewing Company and Standard Beverage in December. Before that support came through, Renner said, he was concerned because this is the first year the festival is ineligible for the city’s transient guest tax grant.

“I knew we’d probably have enough money to have a minimal amount of an event,” he said. But Renner added that the festival would have suffered from lack of marketing and that it “wouldn’t be able to get any really great out-of-country artists.”

That’s not a concern for Renner now. The festival has secured some new acts for May, including British “Gentleman Juggler” and variety artist Mat Ricardo, who appeared on “America’s Got Talent” this summer.

Mat Ricardo CHOPS INTO HIS OWN ARM?! This Will Shock You – America’s Got Talent 2019

Reuben Dotdotdot, an Australian and an alumnus of Cirque du Soleil, will be performing a balancing act.

Renner said the festival has had international acts in the past, but that they’re “really reaching far this year to Australia.”

The festival — “a whole weekend of weirdness,” according to the press release — will also feature returning acts from last year’s all-female festival, including Sharon Mahoney, the “Canadian Comedian,” and Sara Kunz, “The Flyin’ Hawaiian.”

Mama Lou Strong Woman, who rips phone books and smashes apples in her biceps, will be returning to the festival for her 10th year. 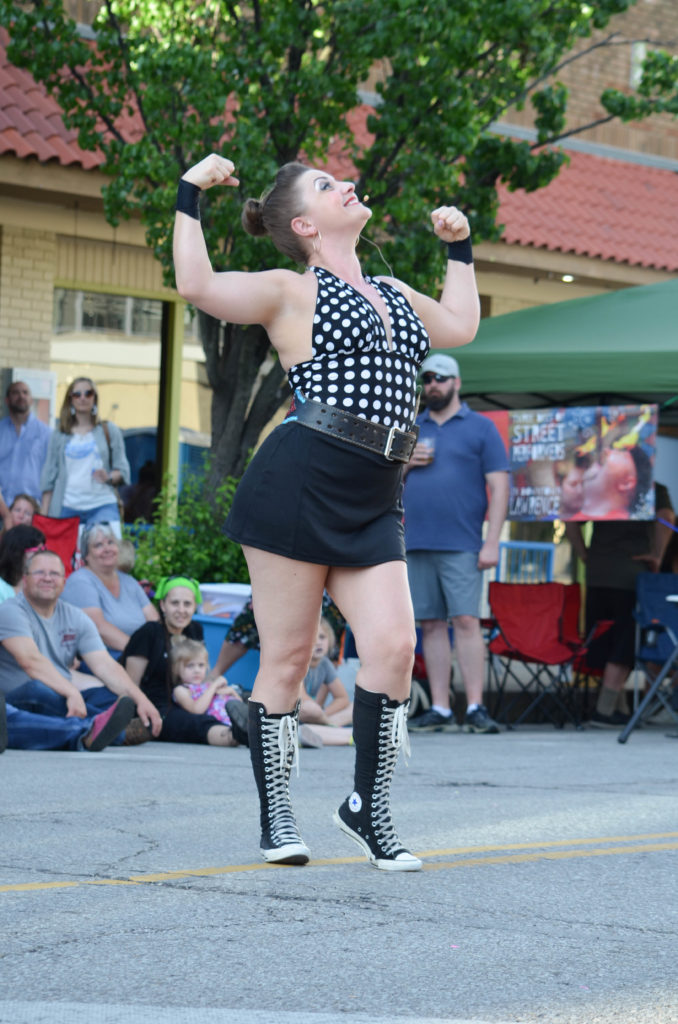 Mama Lou, a Strongwoman, flexes her muscles at the Busker Festival in downtown Lawrence on Friday, May 25, 2018.

Renner said a full schedule of the festival would be online at lawrencebuskerfest.com when he completes it, which he hopes will be by the end of the month.