"This is Love" is a documentary about Wichita musician Rudy Love. It will show at Liberty Hall on January 15.

The public might not recognize the name Rudy Love, the star of a documentary set to screen at Liberty Hall on Jan. 15, but they likely know his music.

John Alexander, director of the film “This is Love,” called the Wichita musician the “untold source of a lot of R&B and soul and rap music.”

Love was the lead singer of the sibling group “Rudy Love & the Love Family.” He also co-wrote songs with Ray Charles, and his music has inspired Jay-Z and Fleetwood Mac’s Mick Fleetwood. But a lot of his work was also stolen from him through fraudulent contracts and forgery.

“I’m running around the streets of Wichita not knowing that somewhere Eric Clapton and Rod Stewart and a bunch of other people were singing my dad’s music. Or my voice was playing on radios over there under other people’s names,” Love said in a 2018 interview with KSN-TV, the NBC affiliate in Wichita. “It’s a real weird feeling, but I’ll tell you what, right now I’m feeling so good and grateful. Getting this movie done kind of explains it all.”

Love plans to attend the Liberty Hall screening for the debut of the film’s educational and institutional tour, he said in a phone interview.

“I just hope everybody enjoys it,” Love, 71, said. “I’m very fortunate to have done it and it tells a lot of my story, my dad’s story, my family’s story.”

Previously, the film has only been shown at film festivals, where it has won accolades such as the Spirit Award at Raindance in London and Best International Documentary at the Rome Independent Film Festival. This year, it will show across the country at universities, colleges, libraries and museums.

The Kansas Music Hall of Fame is sponsoring the event in Lawrence. Before the showing, some of the cast will offer introductory remarks.

The film’s cast includes Love himself, stand-up comedian and voice-over artist Michael Colyar, comedian Sinbad, Parliament-Funkadelic collective developer George Clinton and Fleetwood, who also served as one of the executive directors of the film.

Another one of Love’s fellow cast members in the film is his niece, Marsai Martin, a star of the ABC comedy series “Black-ish.”

Alexander said that besides Love, he’s not sure who from the cast will represent the film in Lawrence, but “there will be some notable representation,” he said. 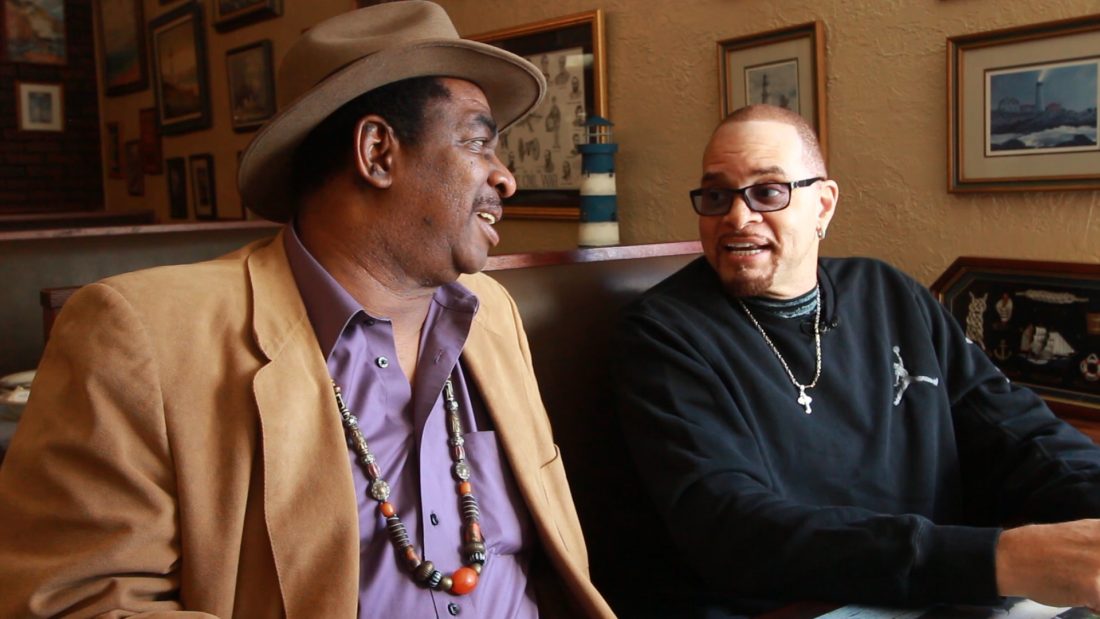 Rudy Love (left) with comedian Sinbad, who is also featured in the film.

“All these people who the public have heard of have heard of Rudy Love,” Alexander said in reference to the famous cast members. “I personally think that’s pretty cool that Rudy will be attending.”

Love’s most famous songs include “Ain’t Nothing Spooky” and “Your Love is So Doggone Good.” His favorite though, he said, is the lesser-known “I Thank You, Lord.”

Fame is one of the concepts explored in the film.

“Success didn’t mean to me going out and making it big,” Love said in the 2018 KSN-TV interview. “I wanted to do it with my family.”

Alexander said the film is ultimately about home and family. He called the Love family “aptly named,” and he said that there is a lot of double entendre surrounding their name in the film.

“On the surface level, ‘This is Love’ appears like it’s a film about one subject, about one man: Rudy Love,” Alexander said. “But in fact his story represents countless artists who have faced injustices in the record industry, in the arts in general.”

He calls his film a “funkumentary … a visual representation of funk music.”

“Funky” means a little bit off, Alexander said. He said there are a lot of rapid cuts between shots in the film and called Love’s interviews a “mosaic.”

“Hopefully it feels special,” Alexander said, “much like Rudy’s music.” 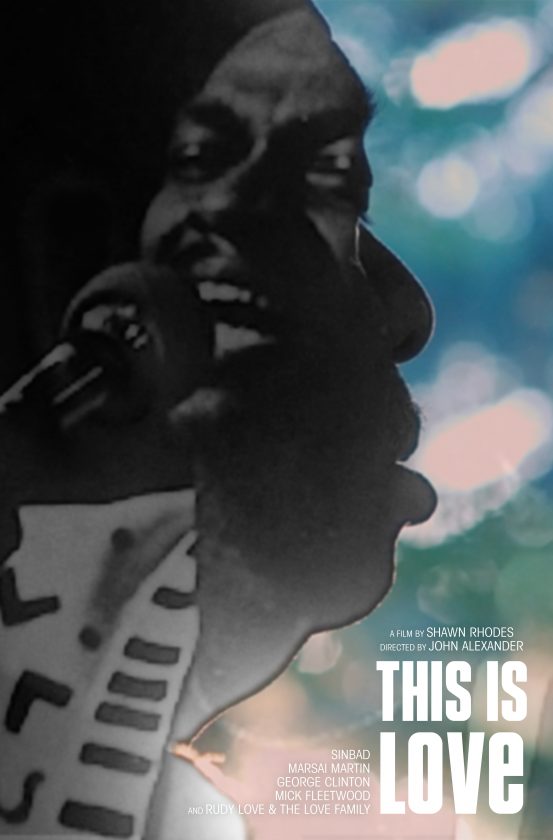 The movie poster for “This is Love.”