A booth is pictured at one of the previous Antique Shows put on by the Pilot Club of Lawrence.

A local nonprofit’s two-day antique show this weekend will include a hodgepodge of items from 26 vendors, of course, but it will also have a lot of pie.

“Our homemade pies are well known throughout this town,” said Diana Boyd, co-treasurer of the Pilot Club of Lawrence, which puts on the yearly show. She said there should be over 100 pies at the event this Friday and Saturday. Each member of the club is supposed to make three.

“But we have one of our members and she probably makes 50 pies,” said Boyd, who also serves as co-chair of the antique show. “And she makes the best cream pies. The cream probably sits five inches.” 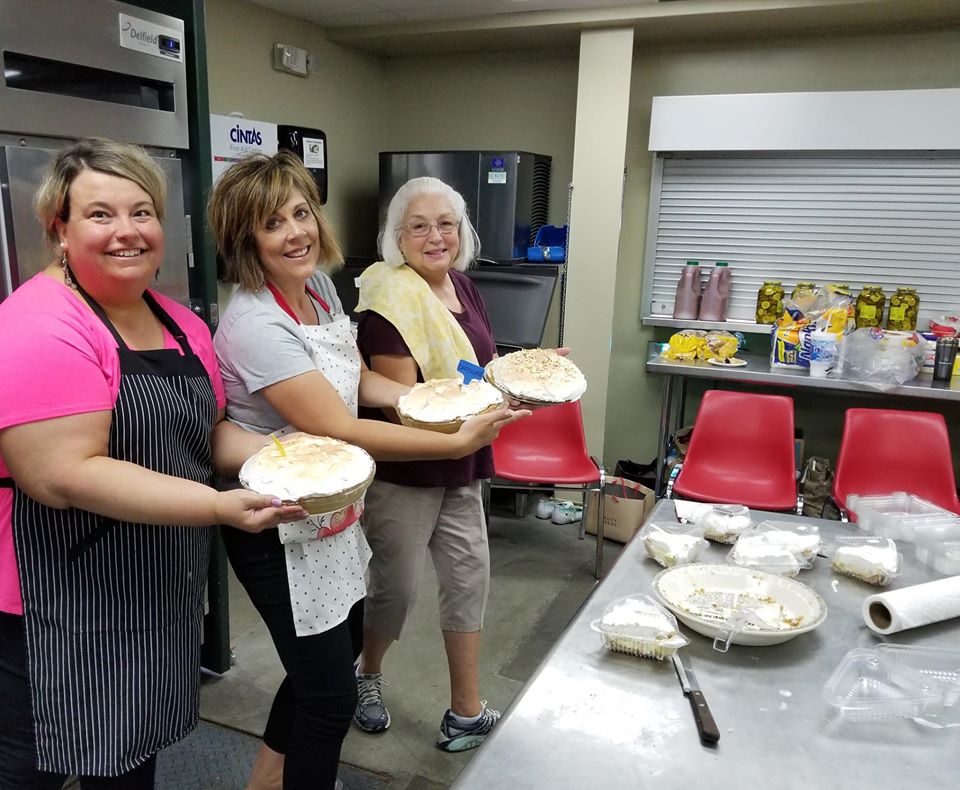 From left, Mindy Morgan, Kylee Moore and Suzanne Napier, of the Lawrence Pilot Club, display their pies at a prior Antique Show.

The Pilot Club of Lawrence is a local nonprofit that supports other organizations in the community. The antique show is its major fundraiser for the year, and, according to Boyd, all the money raised from ticket sales and vendor spaces supports the following organizations and initiatives: Just Food, Family Promise, the Special Olympics, Project Lifesaver (through the Douglas County Sheriff’s Office) and the Lawrence-Douglas County Fire Medical Department’s annual Helmet Fair.

All the money raised from food and pie sales, meanwhile, goes to support the Pilot Club itself. Slices of pie cost $3.50.

“We’re a small group, but we do an awful lot, and our antique show is our major fundraiser,” Boyd said. There are currently 18 members in the Pilot Club, according to Boyd, and the club has sponsored the antique show since 1966.

In addition to pies — gooseberry ones are the most sought-after, Boyd said — the Pilot Club also sells homemade sloppy joes, chicken salad sandwiches and enchiladas.

For one hour this Sunday, the Lawrence Public Library will give away 250 free copies of two books geared toward children and teens.

The event is part of Read Across Lawrence, a library program that encourages community members to read the same book and explore its themes through public discussions and interactive programming.

On Sunday, younger children will have the chance to pick up copies of Kelly Yang’s “Front Desk,” and teen readers can receive Adib Khorram’s “Darius the Great Is Not Okay.” 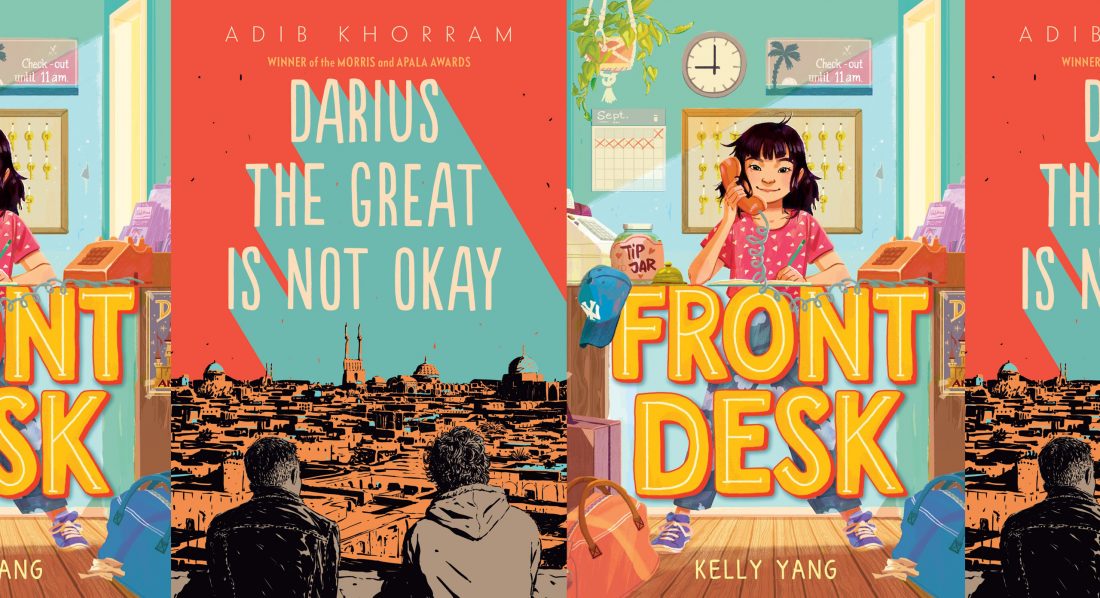 Lawrence Public Library will give away free copies of Kelly Yang’s “Front Desk,” and Adib Khorram’s “Darius the Great Is Not Okay,” the youth Read Across Lawrence books for 2020, on March 1.

In “Front Desk,” 10-year-old Mia, the daughter of Chinese immigrants, must work the front desk of a motel while her parents clean the rooms. In “Darius the Great Is Not Okay,” a boy travels to Iran for the first time, where he meets his mother’s family and a new friend who helps him discover a true version of himself.

Jenny Cook, the children’s librarian at the Lawrence Public Library, said that each book is written by someone with “lived experience of the perspective they’re writing from.”

In addition to giving out books, Cook said there will also be sheets out so that people can sign up to receive email reminders about Read Across Lawrence events connected to the books.

The adult Read Across Lawrence book giveaway is on March 28. The book is “The Round House” by Louise Erdrich.

This Sunday’s giveaway is from 3 to 4 p.m. in the atrium of the Lawrence Public Library, 707 Vermont St.

A ninth grader at Free State High School will star as Anne Frank in Theatre Lawrence’s production of “Yours, Anne,” opening this weekend.

The show is a musical adaptation of Anne Frank’s “Diary of a Young Girl” and the play “The Diary of Anne Frank” by Frances Goodrich and Albert Hackett. Julia Ruddy, who has been involved in theater since second grade, is playing Anne. 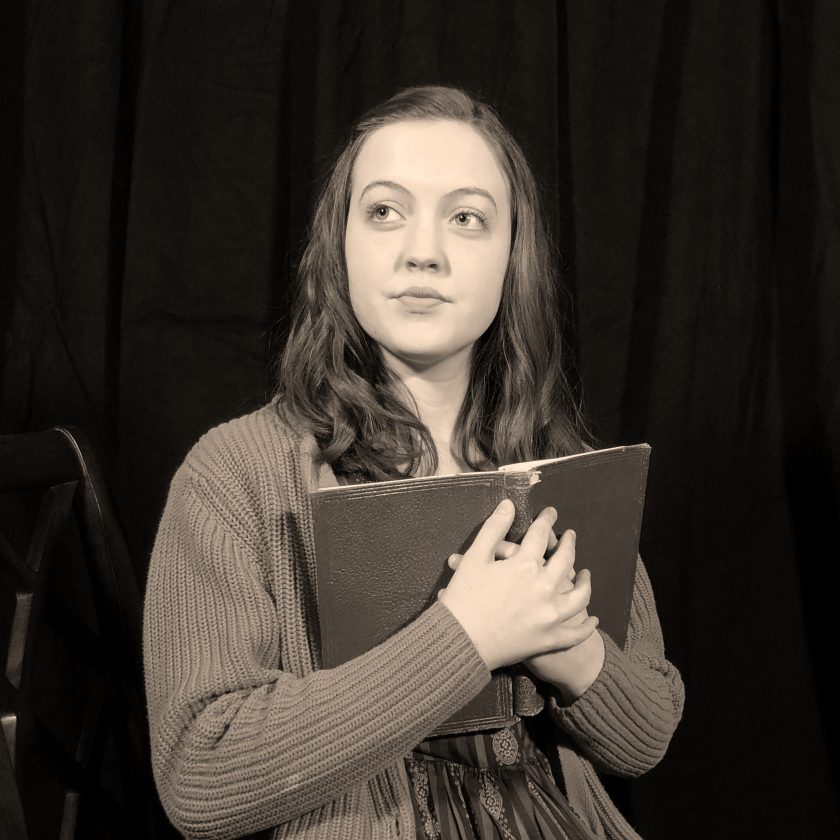 Julia Ruddy, a ninth grader at Free State High School, is starring as “Anne” in Theatre Lawrence’s production of “Yours, Anne,” opening on Feb. 28.

While the show is a musical, Theatre Lawrence refers to it on its website as a “cantata with libretto” so that people will not be led to believe the story will be lighthearted and happy like some musicals, marketing coordinator Dani DeGarmo said.

The story brings Anne Frank’s diary to life, portraying the young girl’s experiences living in hiding with her family during the Nazi occupation of the Netherlands.

A children’s choir from Uganda will perform a free concert at Victory Bible Church on Friday night.

Leo Barbee, the church pastor, said the choir came to Lawrence a couple of years ago and that its gospel songs were “uplifting” and “encouraging.”

“I think people will be greatly blessed and inspired to hear them,” he said.

The concert begins at 6 p.m. and will last an hour and a half at the most, Barbee said. While the concert is free, they will be accepting donations from attendees which will go to support the choir on their tour.

Watoto Children’s Choirs have been touring the globe since 1994, according to their website, providing leadership training for the children and sharing their faith across the world. Watoto seeks to find homes for orphans, empower vulnerable women and rescue babies and former child soldiers.