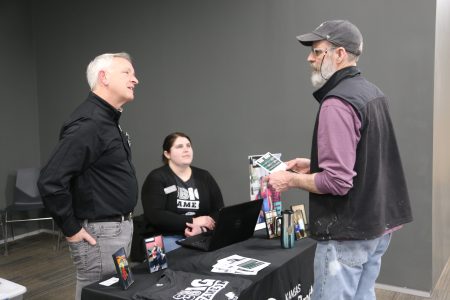 Lawrence retirees attended a speed dating session at the Lawrence Public Library on Monday, but it was nonprofit organizations they were there to connect with.

Ten organizations gave “lightning round” pitches to about 10 attendees, telling them about a variety of volunteer opportunities, including playing with babies during mother support groups, leading bingo games at the community shelter and teaching English to international women.

“There is a desperate need for volunteers,” Jeffry Jack said of the organization he was representing, Big Brothers Big Sisters, which matches at-risk youth with volunteer mentors. “We have 65 boys on the waiting list and 17 girls.”

That need — at times, desperate — is felt by many organizations in the area, according to Cathy Hamilton, who helped organize the event. She said that by and large, most nonprofits she has been in contact with — and in Lawrence, there are many — need volunteers. And some of the best people to help fill that need are retirees, who tend to be reliable, motivated and looking for things to do.

The event was part of the library’s Retirement Boot Camp, which Hamilton is the coordinator of. It’s a two-year pilot program funded by a grant from the Kansas Health Foundation and includes programming, classes, social activities and online resources for retirees in Lawrence. 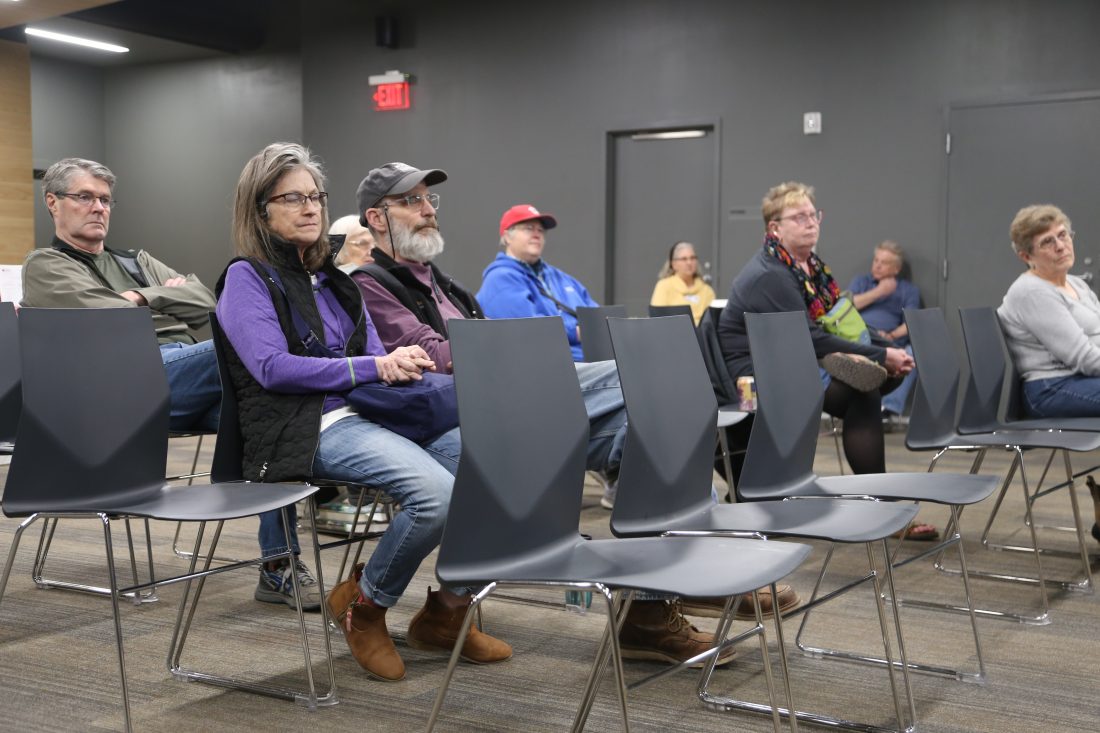 John Luhrs, a recently retired school administrator, said he came to the Volunteer Speed Dating event because he’s found he has a lot of time on his hands and wants to help out in the community.

“I thought I would keep an open mind and see what was here,” he said before the event.

Phil and Peggi Englehart, retirees who recently moved to Lawrence, said they thought the speed dating theme of the event was “catchy.”

“I didn’t know if they would ring a bell or anything like that, but I thought the idea was clever,” Peggi Englehart said.

This was the second time the library has hosted a Volunteer Speed Dating event. The first one, in September, actually did include a bell, Hamilton said, and people would move from one table to another at each ding. But Hamilton thought the setup of Monday’s event, in which the attendees all heard pitches at one time, was more organized.

After the presentations, the representatives from each organization were stationed at individual tables around the room, at which attendees could approach them for additional information. 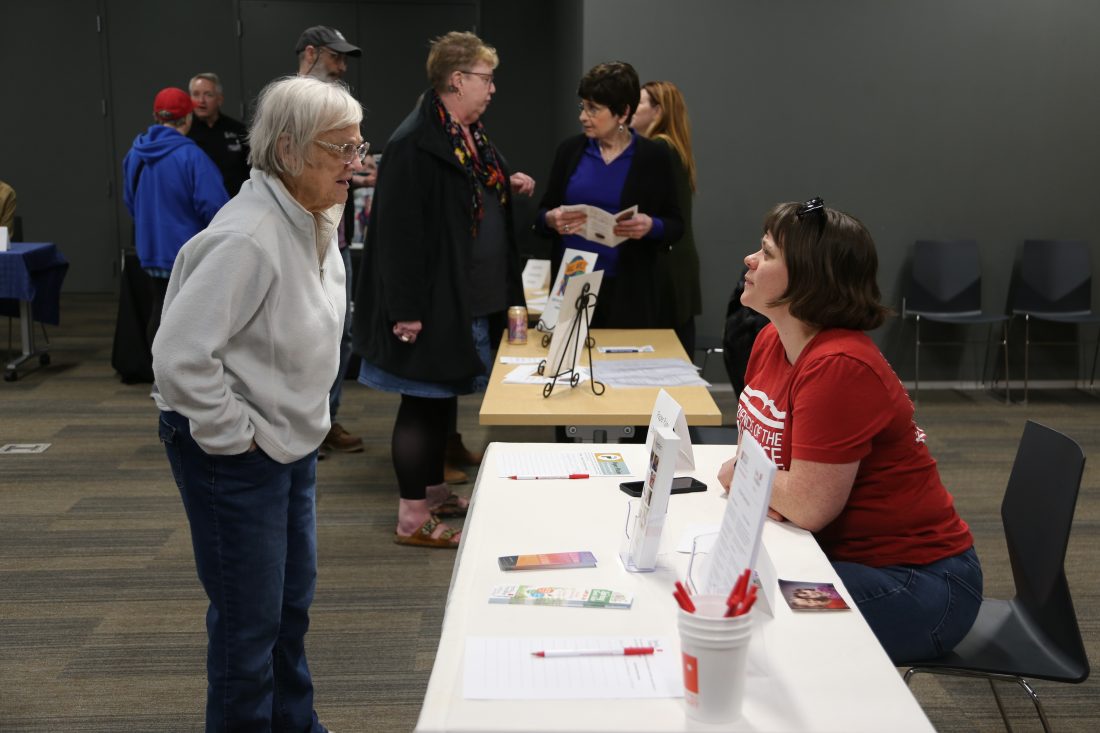 One of the representatives was a retiree himself. Charley Crabetree, who was with the League of Women Voters, is a two-time retiree and said he is passionate about helping other retirees find ways to fill their time.

“I retired for the first time about five years ago, but I didn’t plan enough activities to take up my free time, so I got bored and I quit and I went back to work,” he said. “Then I retired a second time about two years ago and this time I made sure that I had something interesting to do.”

He called on the attendees to volunteer if they are interested in government or civic responsibility.

“The longer I’ve been involved, the more involved I’ve gotten,” he said. “I find it educational, inspiring and very satisfying.” 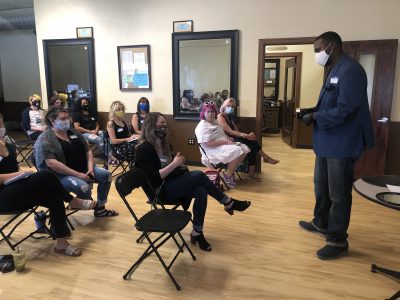