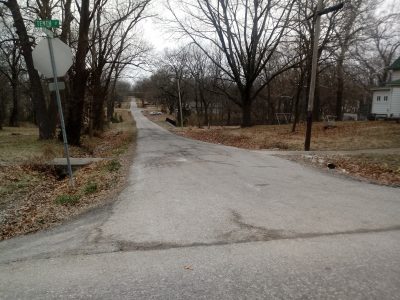 Baldwin City is negotiating temporary construction easements that will allow the construction this year of a sidewalk from Baker University to the Baldwin City school district's west campus. The project will install a 6-foot-wide sidewalk along five blocks of Elm Street, including the more than three blocks west of 10th Street to the Midland Railway that has no existing sidewalk.

In a step needed to advance the planned construction of an Elm Street sidewalk, the Baldwin City Council agreed Feb. 3 to allow city staff to negotiate temporary construction easements with two property owners.

Last year, the city secured a $580,000 transportation alternative grant from the Kansas Department of Transportation for the construction of the sidewalk. The project will install a 6-foot-wide concrete sidewalk along the south side of Elm Street from the west side of Baker University to an existing trail at the Baldwin City school district’s west campus.

The city is contributing $235,000 for the design and construction of the project, which includes more than five blocks of new sidewalk, as well as benches and decorative overhead lighting.

It was understood when the grant was approved that KDOT would slate the project for construction in 2020. At the Feb. 3 meeting, Ed Courton, the city’s community development director, told the City Council that KDOT would put the project out for bids in May.

With that news, he sent letters to three property owners requesting temporary construction easements, Courton said. The property owners at 913 Elm St. agreed to donate the easement, but he didn’t get a reply from the other two, he said.

Courton received the City Council’s authorization to offer $394 for the easement at the Baker University Zeta Tau Alpha house, 503 Ninth St., and $266 to purchase the easement at 919 Elm St. The report does not describe the owner associated with 919 Elm St.

Those are the only easements the city will need to obtain because the remaining sections of the project are designed to fit on the city’s existing sidewalk easements, Courton said. 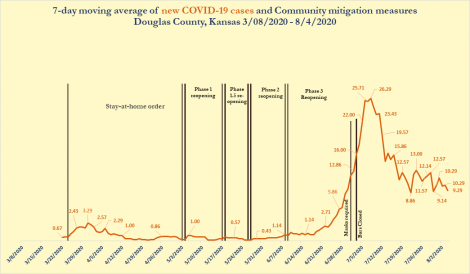