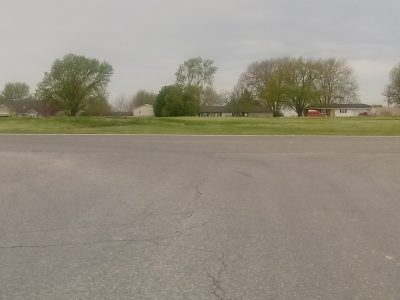 A consulting firm has recommended that Eudora install its first traffic light with the street improvements associated with the development of the Nottingham property.

A traffic signal at the intersection of 15th and Church streets is one of the recommendations in a traffic study performed by Renaissance Infrastructure Consulting, of Kansas City, Mo., that was released earlier this month with the Eudora City Commission’s approval of the site’s rezoning from residential to a planned commercial overlay district, its preliminary plat and a preliminary development plan.

In 2015, the city bought the closed Nottingham school building and the surrounding 15 acres from the Eudora school district for $850,000 with the goal of bringing commercial development to the site. The property sits between Kansas Highway 10 and 14th Street and is bounded on the east by Church Street.

In September, the city sold a 1.5-acre lot in the northeastern portion of the property to Casey’s General Store for $840,000.

Renaissance Infrastructure Consulting recommended a number of street improvements to Church, 14th and 15th streets in addition to the traffic signal. Among those recommendations are:

• The addition of northbound and southbound turn lanes to the intersections of Church and 14th streets, Church and 15th streets, and the Sonic Drive-In access lane at Church Street.

• The addition of turn lanes on Church Street at both 14th and 15th Streets to provide access to the Nottingham site.

Eudora City Manger Barack Matite said he and the city’s Nottingham team are now reviewing and developing cost estimates of the recommended street improvements and the other infrastructure additions needed to prepare the Nottingham site so Casey’s General Stores can start work on its new store.

The City Commission further paved the way for Nottingham’s redevelopment in March when it approved placing Nottingham’s infrastructure needs on the city’s five-year capital improvement list, thus making up to $4 million in bonding available to pay for the improvements. The city expects to recoup its Nottingham infrastructure investment through the sell of lots on the site and from future sales taxes collected in its stores and restaurants.

Nonetheless, Matite said it is hoped the city doesn’t not have to pay for all the upfront street improvements.

“The city does plan to apply for a Kansas Department of Transportation cost-sharing grant that will allow us to complete and afford the street improvements without taking on a lot of debt,” he said. “We have a lot of letters in support for the application. We would encourage more.”

The grant application deadline is May 18, Matite said. KDOT has indicated the grants would be awarded within two months of that deadline, he said.