Shaming people who violate public health norms is trendy, but does it work? 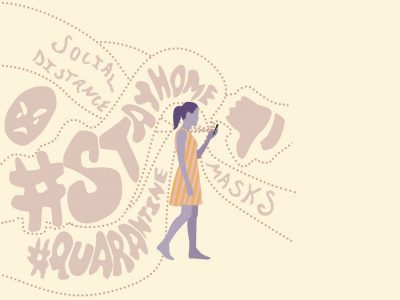 Bishop Seabury Academy junior Lyle Griggs isn’t particularly active on social media. So when the avid bicyclist goes on rides throughout Lawrence, he isn’t prone to post about it. These days, however, in the midst of a global pandemic? He said he especially wouldn’t consider doing so.

That’s because photos or statements that suggest someone is not following social distancing guidelines became taboo on social media in mid-March, according to Griggs, in “what seemed like days.” And it’s affected the way he’s viewed COVID-19, because even though Griggs doesn’t post much on social media, the high schooler does tend to look at it.

And it’s changed his mind about the outbreak.

“Social media played a major role in my journey toward finally taking this seriously,” he said.

But “quarantine shaming,” as it’s sometimes called, doesn’t always have as big of an impact as it did for Griggs. In fact, experts say shaming people for problematic actions can actually make those actions worse.

“Shame actually is counterproductive; shame induces in other people a defensive reaction,” said Daniel Lapsley, a professor of psychology at the University of Notre Dame. “Being shamed does not change behavior and in fact may exacerbate it.”

Lapsley said that while he hasn’t seen examples of shaming on his social media platforms, he does know that it happens.

Both Lapsley and Griggs mentioned the viral video of Florida spring-breakers who said they wouldn’t let the coronavirus stop them from partying. The interviewees in the video were the subject of intense criticism and one of them even apologized later on his Instagram page for his “insensitive” comments.

Even some well-intentioned social media posts and trends have missed the mark. Lapsley said that while the purpose of some posts is to spread cheer, “some of it misfires; some of it is tone deaf. And you get called out on it, yes.”

A viral video of celebrities singing John Lennon’s “Imagine” drew chastisement from social media users who found it patronizing — and a scathing review from a New York Times critic who said the biggest sin of the video was the actors’ “smug self-satisfaction, the hubris of the alleged good deed.”

One current Facebook trend has users posting pictures from their senior year of high school — an act meant to show solidarity to current seniors spending their final semester in virtual classrooms. But Lapsley said he saw one person point out that the trend is almost like “showing solidarity with the homeless by showing pictures of your home.”

But social media can be a double-edged sword, Lapsley said. While it can be a breeding ground for public shaming, it can also be used as a mechanism for maintaining social connection.

An April 7 article from the New York Times stated that there has been a 27% increase in Facebook use since the first U.S. COVID-19 death on Feb. 29. Video chat platforms such as the website Nextdoor.com and the app Houseparty have also seen more than a 70% increase in use since that same day.

Jeffrey Hall, a communications professor at the University of Kansas who studies social media, said he believes people are engaging in more interactive social media use these days. From what he’s seen on his feeds, people have been posting pictures and stories from their own lives and commenting on similar posts from their acquaintances.

“These types of interactive behaviors are much more socially oriented than just browsing content,” he said.

Yet social media can also become a platform for people to shame and become indignant at strangers or those with whom they may not have a close connection, Lapsley said.

Like Lapsley, Hall said shame isn’t very productive in getting a person to change his or her behavior. He also said people should keep in mind that one does not typically know why another person is doing what he or she is doing, and thus people should be careful as they make recommendations to others.

“Shame is a poor motivator for pro-social action,” Hall wrote. “Right now, we need people to make personal sacrifices for the good of the community — particularly wearing masks and practicing social distancing.”

Though Lapsley said he hopes the public can find a productive way to “provide feedback without the shame,” he did note that social media shaming might help change the perception of collective social norms. That is, while shaming is unlikely to change the behavior of the person receiving the criticism, it could be a lesson for a third party witnessing the interaction.

Take Griggs, for example. He’s been following social distancing and public health guidelines from early on in the pandemic, but social media was an influence that for him solidified the necessity of such cautionary measures.

Griggs said it wasn’t so much the daily press briefings or the news articles that influenced his outlook on the pandemic. Rather — as he said he was embarrassed to admit — it was the fact that the larger social media community seemed to quickly agree that disregarding public health guidelines was unacceptable.

He likened the collective stance on social media to peer pressure, “but on a global scale.”

“I would say that the Internet sort of amplifies that small-scale, local high school peer pressure,” he said.

And while the pandemic has brought out another opportunity for virtual public shaming, it has also provided the opportunity for increased compassion. In times of great disasters, people come together and the “collective empathy for our fellow citizens can be immense,” Lapsley said.

He then noted the opportunity for something he called an “empathic contagion” — as the coronavirus spreads across the globe into seemingly every nook and cranny of humans’ lives, so too can empathy spread and influence the moral fiber of friends, neighbors and strangers.

While Lapsley said it would be better if it didn’t take a pandemic to make people more empathetic, he did conclude, “I do think it is telling how in times of great disasters, people do come together.” 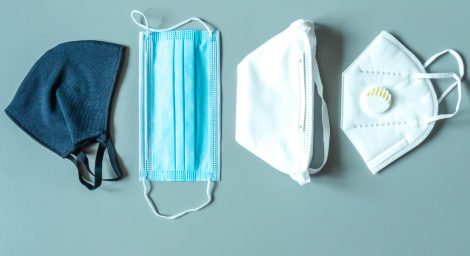