Ahead of Lied Center show, Melissa Etheridge says Kansas is a part of her ‘that’s just never going to go away’ 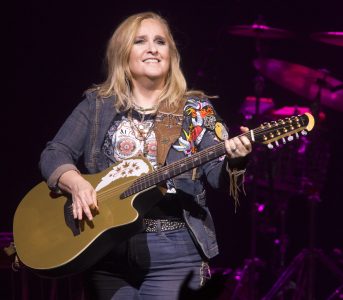 photo by: Owen Sweeney via AP

Melissa Etheridge performs during her recent concert tour on Monday, May 6, 2019, in Lancaster, Pa.

When Melissa Etheridge was young and growing up in Leavenworth, all she wanted to do was get out. Now, 40 years later, she feels a deep connection to her home state.

“It’s a part of me that’s just never going to go away,” she said in a phone interview earlier this month.

The two-time Grammy winner is known for hits such as “Come To My Window,” “I’m The Only One” and “Like The Way I Do.” She always performs her hits at her concerts, she said, because it’s the only time some people will ever get to see her. But she will also perform some songs from her new album, “The Medicine Show,” which was released April 12.

Etheridge is a gay rights activist who came out publicly in 1993. In every state where she performs, she said, she typically plays the liberal cities.

“I see such growth in these cities,” she said, adding that there is “beautiful work” being done to heal old differences.

“Especially in Kansas, I see a real driving to sort of break out from this conservative mold,” Etheridge said. She said she was proud of Kansas after the last election, when Laura Kelly won the governorship and the openly gay and Native American candidate Sharice Davids won a seat in Congress.

“When I came out … it was a little hard on some of Kansas, but generally, definitely Leavenworth, has embraced me,” she said. “That itself shows kind of what Kansans are made of. We are not going to be told what we are. There’s a real balance and a real respect. And I think we’ll be seeing more and more of that in Kansas.”

Etheridge said she thought the last time she was in Lawrence was in the early 1990s. She said it has grown from the small town she remembered.

“Anytime I play close to home, it just brings back so many memories,” she said. Etheridge will be sharing some of those memories with fans the day after her concert, when she does a hometown tour in Leavenworth.

On Monday, Nov. 4, Etheridge’s team will record her as she drives around Leavenworth and talks about her experiences there. She’ll visit old spots in her hometown, many of which — like Fourth Street, the Missouri River and Shrine Park — are mentioned in the lyrics of her songs. She supposes they will stop at a barbecue restaurant for lunch.

“I just think Leavenworth is just such a cute city. Of course, I didn’t think that when I was growing up,” she said.

Etheridge doesn’t have any surviving family members still living there, but she imagines she might run into a few old high school classmates.

Etheridge currently lives in California with her partner, Linda Wallem, and has four kids.

Etheridge is a breast cancer survivor. After being diagnosed in 2004, she appeared with a bald head at the 2005 Grammy Awards following surgery and chemotherapy, and she performed a rendition of Janis Joplin’s “Piece of My Heart” with Joss Stone.

She doesn’t “preach” about her activism on stage, she said, but she did say that “changing hearts and minds starts with the heart,” and she tries to get that across through her music and lyrics.

Etheridge said Kansans could expect some of her Kansas-based songs at her upcoming concert, including “Nowhere To Go” and “Shriner’s Park.”

When asked if she would play her song “Kansas City,” Etheridge seemed surprised.

“That’s about driving I-70 across the state,” she said, seemingly reminiscing. “I might.”

I met a man in a diner outside of Hays

He said marriage brought him there

It was divorce that made him stay

I drove straight through to Junction City

I thought I’d call you in Topeka

But I didn’t want the pity

A hundred miles to go to Kansas City

A hundred miles to go to Kansas City

Will you still be callin’ me your baby