From Watson Park to Lawrence Public Library, class creates art in all areas of the city 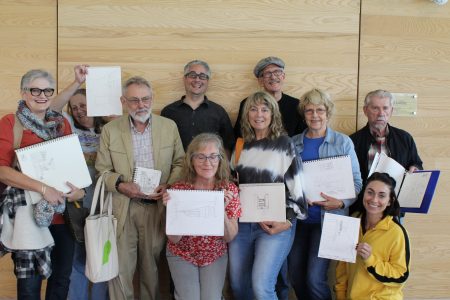 The Lawrence Art Center's fall 2019 "Drawing Lawrence" class show their sketches after their October 4 session at the Lawrence Public Library, where they practiced one-point perspective.

The city itself is the classroom for students in the Lawrence Arts Center’s “Drawing Lawrence” class.

Every week, the artists can be seen — sketch pads in hand — throughout the city. One week, they’re drawing locomotive No. 1073 in Watson Park; another, they’re tackling the “The Dueling Marquees” of Massachusetts Street, the name their instructor gives to the marquees outside The Granada and Urban Outfitters.

“We have these amazing alleyways and old brick textures and things that feel very much like home or feel like this place,” said instructor Kent Smith. “So we try to slow ourselves down — sit in spaces long enough to not see a single line but to see depth and thickness and detail.”

On Friday morning, the class met in the Lawrence Public Library, where their task for the day was learning how to draw one-point perspective. The ten “Drawing Lawrence” students could be seen sprinkled amid the library’s bookshelves and seated at tables. 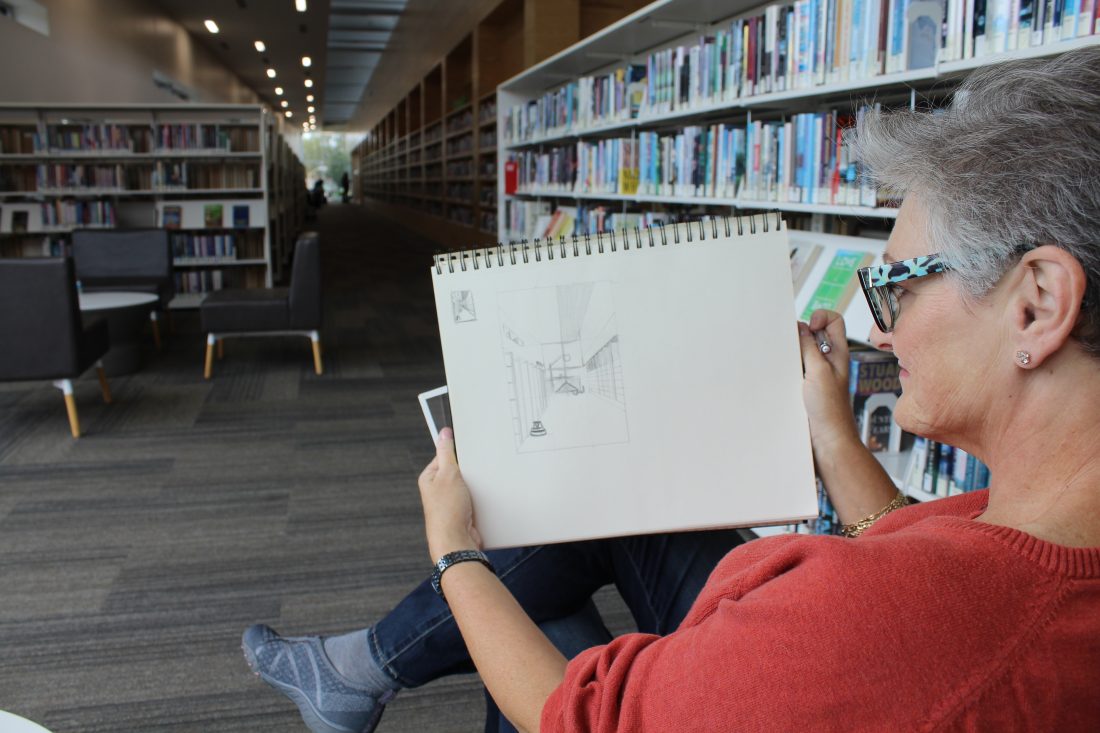 Britta Beningfield chose this hallway of Lawrence Public Library for her exercise in one-point perspective as part of the Lawrence Art Center’s “Drawing Lawrence” class on October 4.

Two students, Ann Donovan and Laurel Holladay, sat together in the entrance to the library, sketching the rows of bookshelves before them. They met while taking a previous class through the Lawrence Arts Center.

“We enjoyed each other so much that we decided to take another class together,” Donovan said.

Community building is one great outcome of the class, Smith said. Before Friday’s class began, students gathered in the lobby in a circle and caught up, awaiting Smith’s arrival. But in addition to community, he said, the class also fosters accountability.

“We live in such a busy world,” Smith said. “And it’s very hard to ever be where you are anymore. You’re always on your way to that thing you need to do next. A large part of this class is just slowing down and being where you are for two hours a week.”

Smith called the class meditative, a two-hour break from the beeps of our phones and stress of other commitments.

“It’s ultimately a gift for ourselves,” he said. “It’s an investment, just like that trip to the gym or something. You’re saying, ‘I am worth this. I care about this.’ And then you’re better for it at the end.” 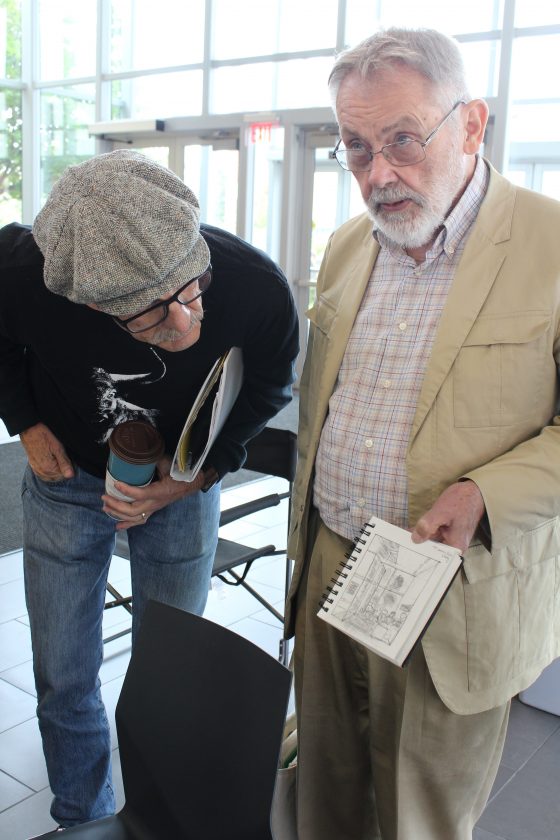 Most of the students are retirees — the exception being 29-year-old Rebecca Griffith. Griffith said she didn’t expect to be the only young person in the class, but that being surrounded by the “sage retirees” is an added bonus. The class draws her out of her element, both because of the age gap and because of the skills she’s learning.

“I think practicing something that you’re bad at with a schedule is something that can really help you grow,” she said. “I mean, to go do something that you know you’re not good at — with a group of other folks at a very specified time period every week — I think is good for the soul.”

Griffith was inspired to take the class because both of her grandmothers are artists. Every week, she brings her drawings back to one grandmother to share her work.

Many of the students attributed their enjoyment of the class to their instructor.

“You know, Kent is so enthusiastic,” Karen Frick said. “It makes it really fun to learn new skills that are challenging.”

Smith began Friday’s session with a brief explanation of the day’s lesson and then showed a few examples of his own work. The rest of the time, about an hour and a half, he worked with each student individually as they tried their hands at their sketches. For Frick, that’s “the perfect style.” 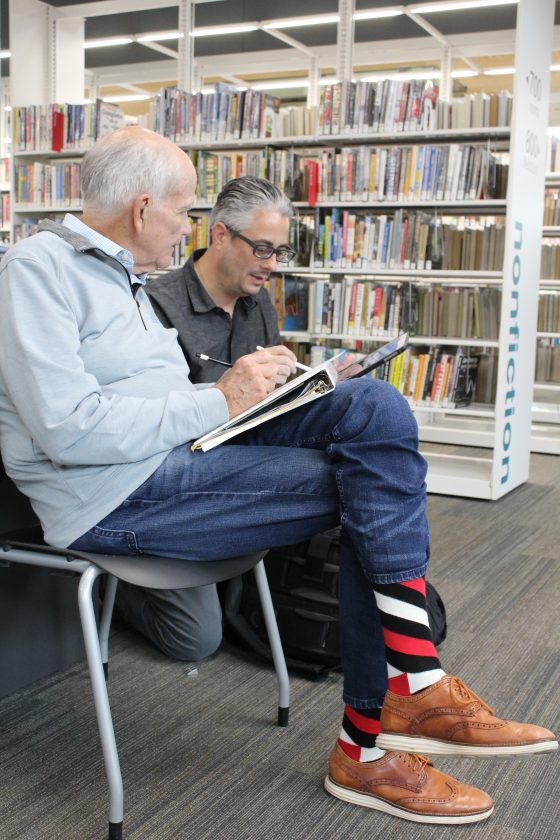 “Drawing Lawrence” is a celebration of the city: its architecture, its history, its unique community of residents.

By noon Friday, the class had ended, but three of the students weren’t finished yet. As the others rambled out, a subgroup formed, watercolor supplies in hand, ready to take on another artistic venture with their newfound friends.