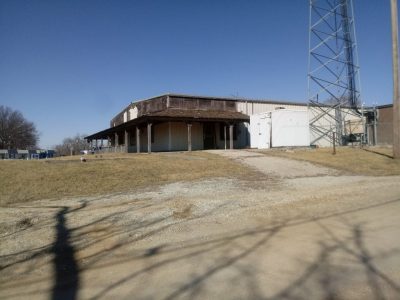 Baldwin City is taking bids for a project to raze the old restaurant at 203 First St. The city wants to build a new 5,200 square-foot police station on the site.

A year and half after the Baldwin City Council bought a closed restaurant to convert into a new police station, it is taking the first step toward tearing down the building to make room for the new facility.

Baldwin City Administrator Glenn Rodden said a bid invitation was released Friday for work that would include razing the old restaurant and constructing a 5,200-square-foot building specifically designed to fit the needs of the Baldwin City Police Department. It is estimated the project will cost about $1 million.

The site of the demolition and construction is 203 First St., which is on U.S. Highway 56 near the city’s eastern gateway.

At the suggestion of Mayor Casey Simoneau, the Baldwin City Council agreed to buy the former restaurant and surrounding property in March 2018 for $260,000. The intention at that time was to renovate the building into a police station to replace the cramped and outdated police headquarters at 811 Eighth St. However, a subsequent inspection of the restaurant by a structural engineer revealed that repurposing the building would require about $200,000 more than the aprroximately $1 million the city has available for the project.

After first unsuccessfully attempting in February to sell the restaurant for a price that would recoup the purchase cost, the Baldwin City Council explored the options of building a new station on other city-owned properties, as well as the chosen option of razing the restaurant and building a new police facility on that property.

Simoneau had advocated for a station on U.S. Highway 56 as the best option because of the quick access it would afford police in emergencies.

The city’s current police station is in a 1,200-square-foot converted flower shop.