Baker University Class of 2019 urged to continue serving others 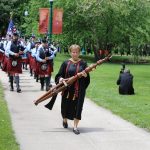 Members of the Baker University Class of 2019 were sent off Sunday with the message that they continue to provide service to others as they did as undergraduates.

The university handed out bachelor’s degrees to 128 seniors at its Baldwin City campus. After the seniors for the school’s College of Arts and Sciences and schools of Education and Nursing were seated in the Collins Event Center at the conclusion of the traditional graduation march across campus, Baker President Lynne Murray told them they had received an education that stressed service and had prepared them for post-graduate success.

“Continue to use the knowledge you have learned here,” she said.

That theme also was emphasized in the address of keynote speaker Darcy Russell, the school’s dean of the College of Arts and Sciences and a 1980 graduate of the university. Her message to the graduates was “you are ready.” She made that point by citing the example of Baker graduates Gordon Lansford, Gloria Atanmo and Sharrod Greene. Lansford is now the president and CEO of the Kansas City, Mo., construction firm J.E. Dunn, the first non-family member to head the company, and is involved in numerous philanthropic organizations. Atanmo caught the travel bug while studying abroad as a Baker student and now is an author with an influential blog that documents her experiences of traveling to 73 counties since graduated six years ago from Baker. Greene went on to Baker Nursing School to earn a doctorate in nursing anesthesia and served in Iraq, she said. 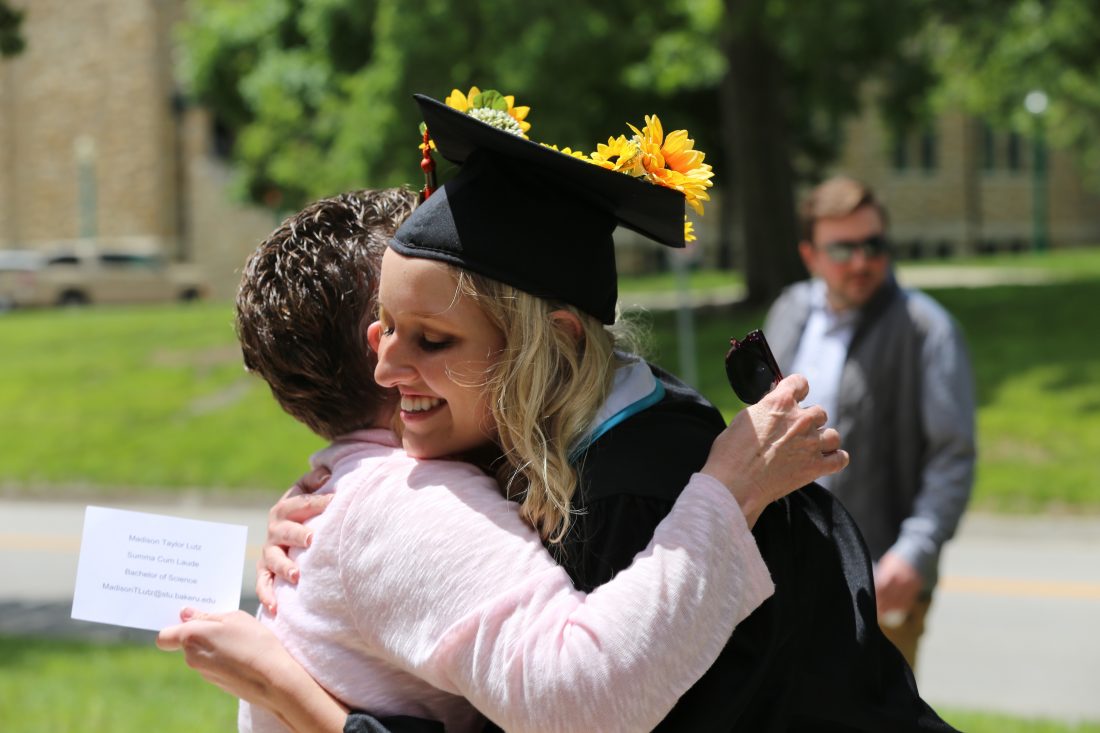 The 2019 graduates had already proven their readiness by the service activities they performed as students, Russell said.

“I am so proud of this class in terms of service,” she said. “Life is meant to be expanded on in behalf of others.”

In his address to his fellow graduates, 2019 Senior Class President Andrew Jake Moore said graduation was a day of achievement but that such occasions can sometimes fail to meet expectations. Such disappointments can be avoided by paying attention to the process and in-the-moment experiences rather than making realization of a series of goals the object of life, he said.

“Remember, every day is a Baker day,” he concluded.

Soon after the end of the commencement, new Baker graduate Cooper Allen said he was ready to realize Moore’s message with some relaxation time in his hometown of Holton. With degrees in art and history, Allen said he was considering graduate school but his future plans were uncertain.

“I’m just going to keep doing what I need to be doing and not slack off,” he said.

Nearby, graduate Keif Williams, a recreation major, said he had a summer internship at the Lawrence Sports Pavilion. When that was finished he would return to his hometown of Silver Springs, Md., and start a youth sports program.

He had some reservations about coming three years ago to Kansas to study and play basketball at Baker, but he said Murray and Russell were right about the Baker preparing him for life.

“Everybody was so welcoming and helpful,” he said. “Baker is an experience I would recommend to anyone. It’s been a great three years.” 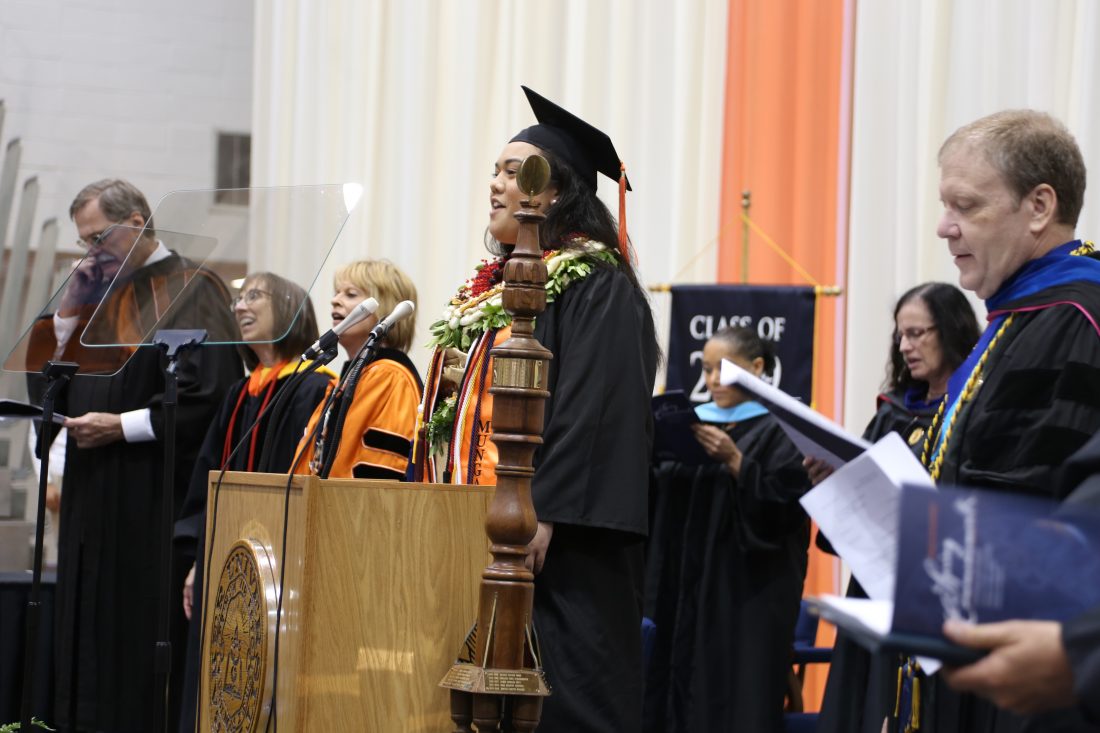 Baker University 2019 graduate Folauhola Hautau, with multi-colored shawl, leads the Baker University Class of 2019 in the singing of the school’s alma mater at the conclusion of commencement ceremonies Sunday, May 19, 2019. 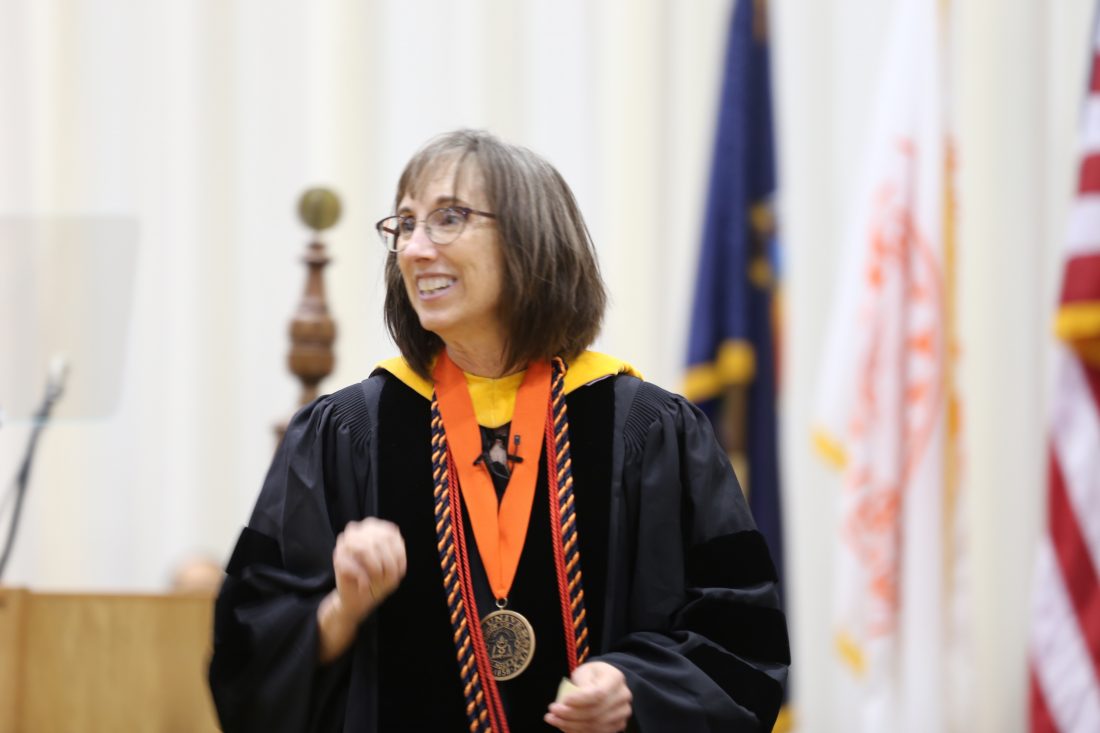 Darcy Russell, dean of the Baker University College of Arts and Sciences, makes a point to her address Sunday, May 19, 2019, at the commencement for the Class of 2019.