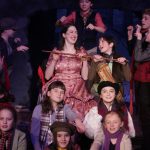 Visiting artist Clara Kundin, center, rehearses with some of the cast for Lawrence Arts Center's production of "Oliver!" which opened Friday, Feb. 22, 2019, and runs through March 3, 2019.

Clara Kundin never imagined she would be back in Lawrence living in her father’s house.

However, the 28-year-old New York City actor appreciates the place to stay while spending the month as the visiting artist at the Lawrence Arts Center.

Kundin is playing Nancy in the arts center’s upcoming production of “Oliver!” which opens Friday night with performances through March 3.

Despite her years in children’s theater, this will be a first for Kundin, who has never performed in “Oliver!” — a beloved hit musical that debuted nearly 60 years ago in London’s West End. The musical is based on Charles Dickens’ novel “Oliver Twist.” In the role of Nancy, Kundin plays a member of the pickpocketing gang who meets a tragic end.

The production is directed by Elizabeth Sullivan and includes a cast of about 50, many of them children playing street urchins. 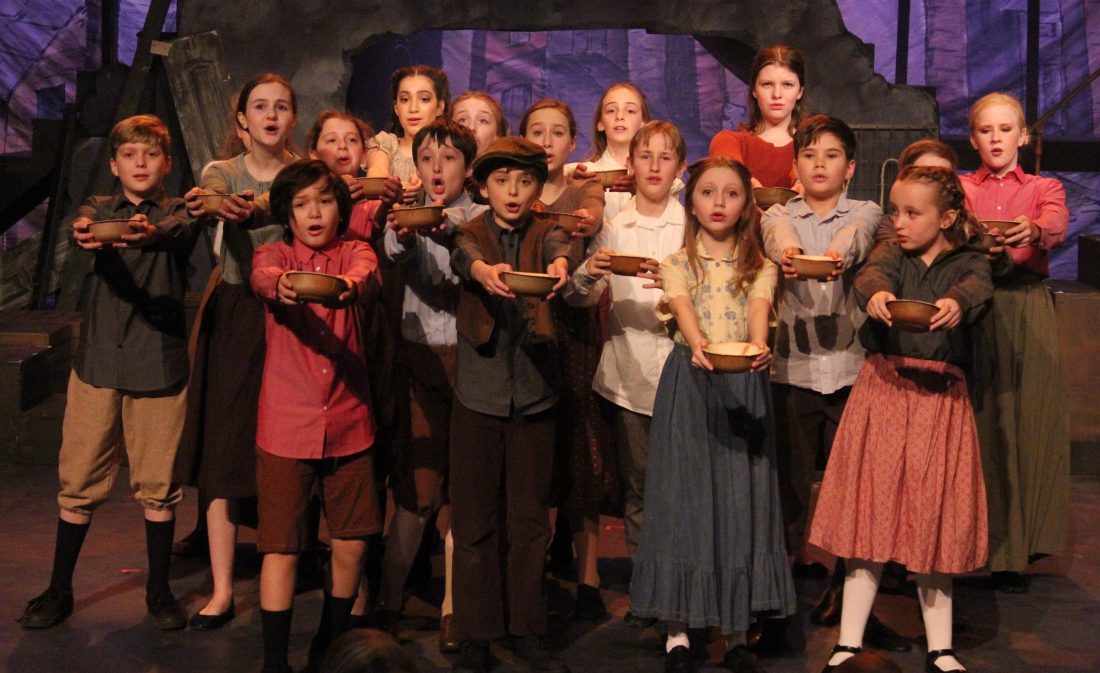 “I’m having a blast,” Kundin said, during a recent interview with the Journal-World.

She described her guest-artist role as leading by example.

“It’s showing them how I behave,” Kundin said.

Guest artists are vital to the theater program, Sullivan said, and the arts center is fortunate that it can pay its visiting professionals.

“They serve in aspirational peer model roles,” Sullivan said. “We have a unique model of community members and students who want to learn.” 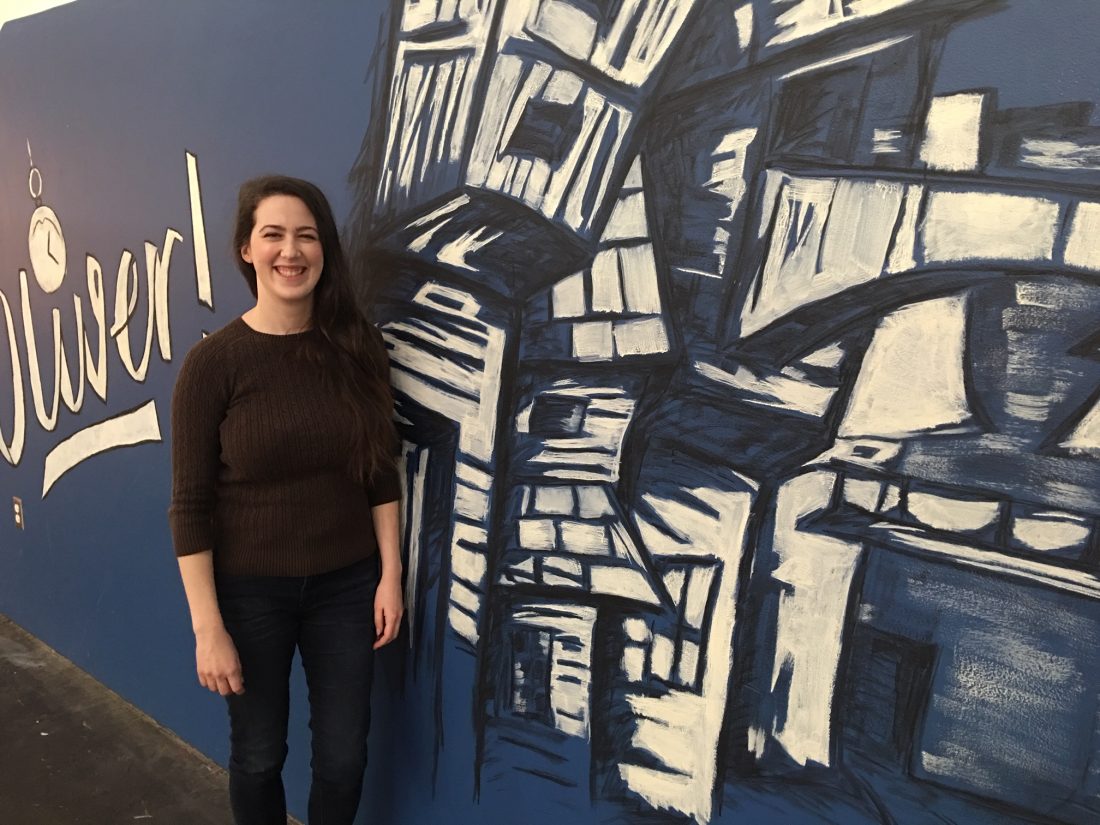 Clara Kundin, a New York City actor, is the guest artist in the Lawrence Arts Center’s production of “Oliver!”

Kundin must be back in New York City by March 5 for her full-time acting gig as a cast member in a traveling musical with the New York City Department of Transportation. It’s not Broadway, but it’s a paycheck and it involves doing what she loves every day: performing for children. The traveling production goes to schools from Staten Island to the Bronx. The company goes on hiatus during February, which made it possible for her to spend the month in Lawrence.

Kundin — the daughter of Matthew Buechner and Elizabeth Kundin and stepdaughter of Neil Shanberg — grew up involved with Lawrence’s summer youth program.

Her earliest acting experience was playing the role of Toto in a production of “The Wizard of Oz.” She didn’t have any lines, but that didn’t stop her from falling in love with theater.

As Toto, she caught the attention of Ric Averill, now retired artistic director of the Lawrence Arts Center.

“She has been exceptional all her life,” Averill said.

He began casting Kundin in many of his productions. While in high school, Kundin toured across the country with Averill’s company the Seem-To-Be Players in a production of “Anne Frank.”

After earning a theater degree from St. Olaf College in Northfield, Minn., she studied acting in Paris for several years.

Now in New York City, Kundin is on the board of the Rebel Playhouse, a nonprofit, educational theater company that produces shows for children and families in the Big Apple.

Over the years, Kundin and Averill have kept in touch. While she feels she is back working with her mentor, Averill — who plays the crook Fagin in “Oliver!” — said he continually learned from her.

Averill sees Kundin as proof for those in the cast who are thinking of a career in theater that it’s possible to make a living as an actor.

“She has a wonderful career in New York,” Averill said.

Kundin was back in Lawrence in August to work with Averill in the development of his play “The Fantastical Dangerous Journey of Q,” about gender identity. At that time, both Sullivan and Averill thought Kundin would be perfect as Nancy.

“She is fantastic; the kids are inspired by her,” Averill said. “She is serving as a mentor and setting the bar showing them a work ethic. When you get a really strong actor, you can feel the electricity.”

During her time as a guest artist, Kundin hosted a question-and-answer session for the young cast members and their families, offering suggestions for those who might want to major in theater in college. Kundin told them how to prepare themselves for the interview. For those really committed, she recommended they get an audition coach.

Tickets are $25 for adults, $18 for seniors and $12 for students. For more information, go to https://lawrenceartscenter.org/.