Sea kayaking has been a passion of Bob Danon's, leading to multiple trips around the coast of Crete. This is a photo from a previous trip. He will be heading back on Aug. 28, 2019; this time as he paddles he will be fundraising for Shriners Hospitals for Children.

Within days of moving to Lawrence, Bob Danon is heading off on a 300-mile sea kayaking trip along the jagged coast of Crete.

At 74, Danon will be kayaking alone, about seven or eight hours a day.

This will be his seventh sea kayaking trip to Crete and his third solo trip to raise dollars for charity.

For this trip, Danon plans to raise money for the Shriners Hospitals for Children. The hospitals, with 22 locations in North America, specialize in treating children up to the age of 18 who have orthopedic conditions, burns, spinal cord injuries and cleft lips and palate, regardless of a family’s ability to pay.

Danon admits it was the Shriners Hospitals commercials that caught his attention and tugged at his heart. 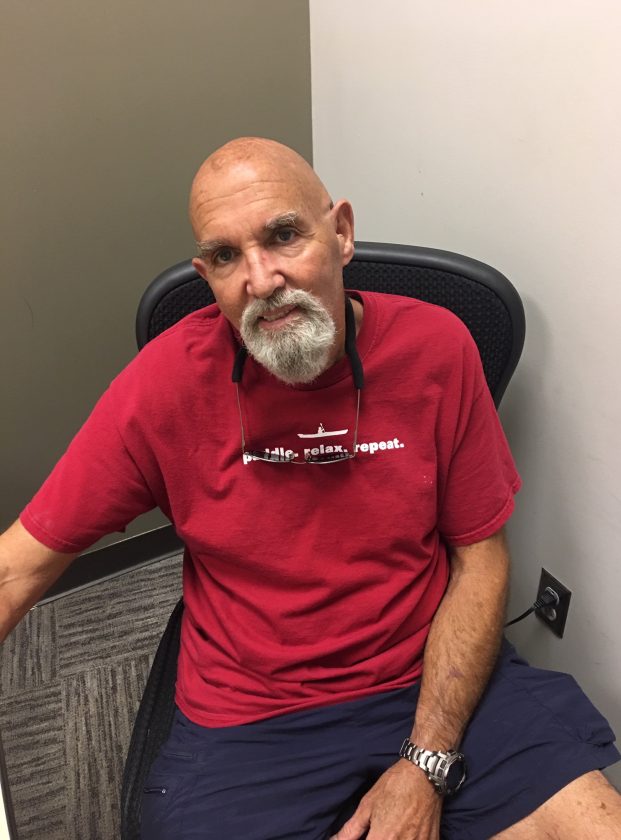 Bob Danon spoke to the Journal-World on Aug. 19, 2019, about his upcoming 300-mile solo paddle around parts of the island of Crete to raise money for Shriners Hospitals for Children.

People can follow Danon’s trip and, if they wish, make donations at https://donate.lovetotherescue.org/fundraiser/2125287

He plans to be on the water as much as the weather allows.

“The length of the trip will be dictated by the wind and the water,” he said. He has an app on his phone that will give the latest wind measurements.

“The wind and water dictate everything,” he said.

Sea kayaking became Danon’s passion after he traveled to Crete with Northwest Passage, an adventure travel company with trips around the world and to both the North and South Pole.

Northwest Passage has a home base in Crete. It will be providing the “Seayak” Danon will use for the journey. He’ll bring along camping gear, but he will also rest up in hotels.

“Sea kayaking has become a passion of mine since I first learned back in 1995 when I took a class,” he said. He then began taking trips to Crete with Northwest Passage.

Danon moved to Lawrence to be closer to his daughter Kate, who lives in town. He owned a framing shop and gallery in Evanston, Ill. When he returns from Crete he will operate the business out of his Lawrence home.

A former lifeguard and swimming instructor, Danon is comfortable around water but knows to respect it.

“You have to be careful,” he said. He’s glad he has never seen a shark around Crete. He’s been told they are farther out to sea. 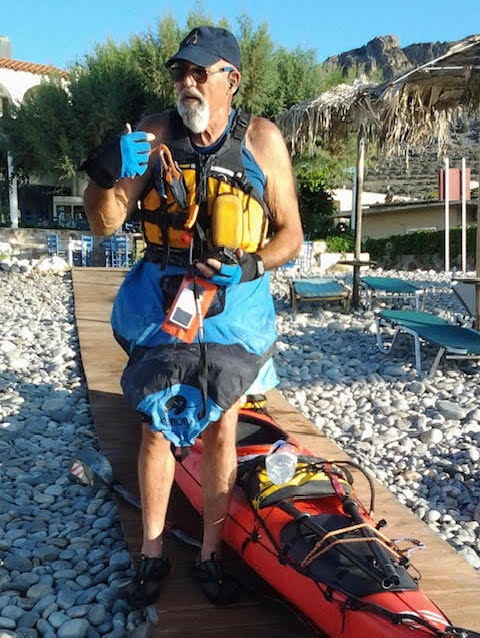 Bob Danon on one of his previous kayaking trips along the coast of Crete.

During his last trip, he experienced rough water and crashed into a rock, tearing a rotator cuff, which later required surgery. Another time, strong winds blew him about three miles from shore and it took about 20 minutes before he could come about and head toward land. He wasn’t concerned because he carried a registered locator beacon, that he could have used to send out a Mayday distress signal.

As he prepares for this trip, his good shoulder has been hurting more than usual, perhaps from the move, which he did all by himself. He will not let that deter him, he said, and plans to leave Aug. 28.

“People ask why I go back and I say because it’s my personal heaven,” he said.