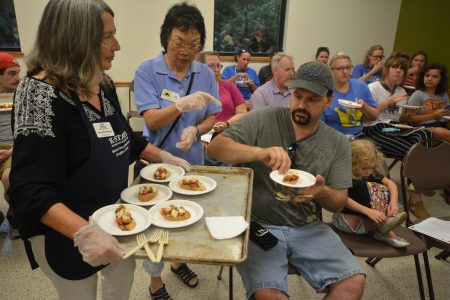 Each year at the fair, chefs compete to prepare a dish using a specific kind of local produce. This year’s featured ingredient was tomatoes, which Douglas County Master Food Volunteer Mary Locniskar said was an easier ingredient to work with than in previous years.

“Some of these ingredients (in the past) have been a bit of a challenge,” Locniskar said. “This year we thought we’d make it easy and do a tomato, but how do you elevate a tomato and make it so unique the judges would really focus in on your dish?” 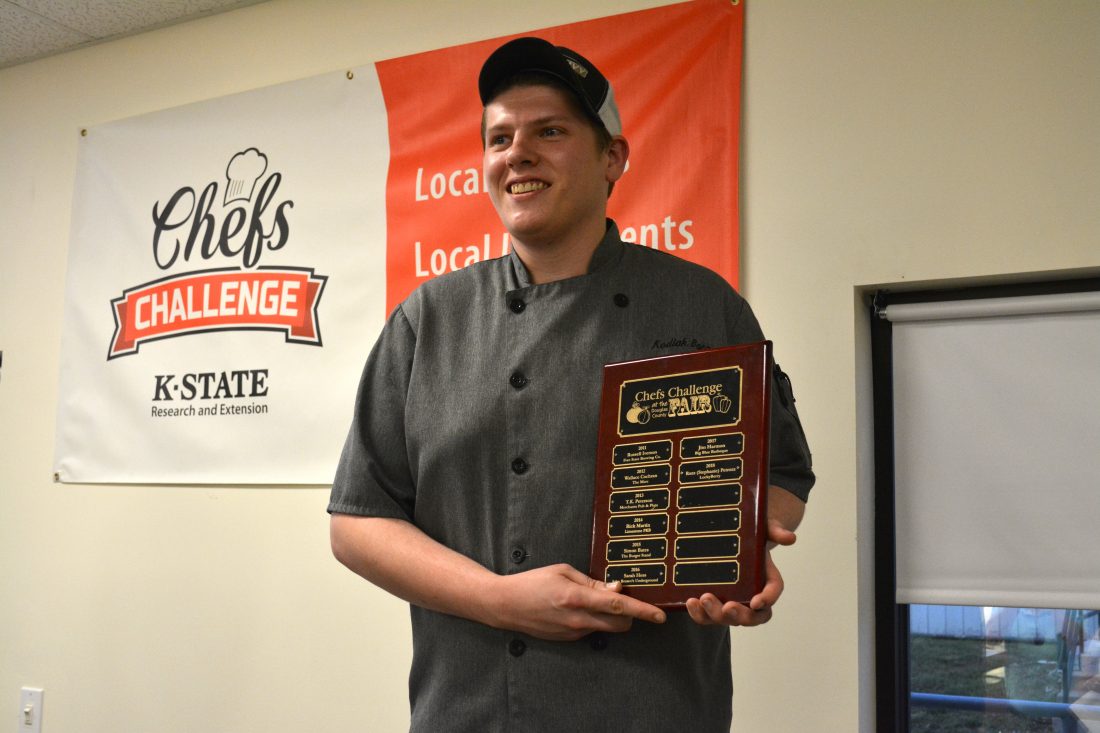 About 70 people showed up to watch this year’s challenge at the fairgrounds. The lineup of local chefs this year included Baer; Chetan Michie, of Lark a Fare; and Mary Cronemeyer, of Circle S Ranch & Country Inn.

Baer, 22, who moved from Hays to Lawrence three months ago to work as head chef at Fields and Ivy, said he has never had any formal culinary education and has learned from hands-on experience.

“I’ve just kind of learned things through the kitchen and just by watching people,” Baer said. 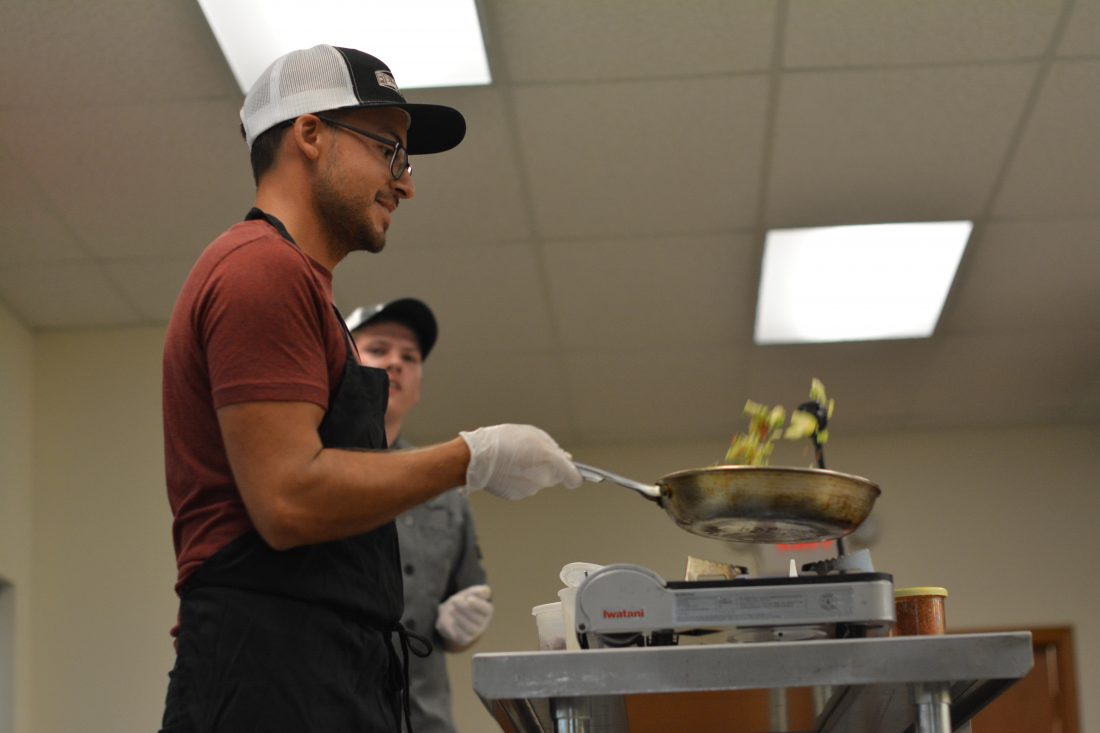 The competition wasn’t just about the flavor of the chefs’ dishes and how well they incorporated the featured ingredient. While preparing their food, the chefs also had to give an educational presentation on nutrition and local ingredients for the judges and the audience.

“We really knocked it out of the park and gave some people some education about the process,” Baer said.

Baer said he learns something new every time he cooks.

“I can make the same recipe over and over and over,” Baer said. “It’s always changing and I’m always learning.” 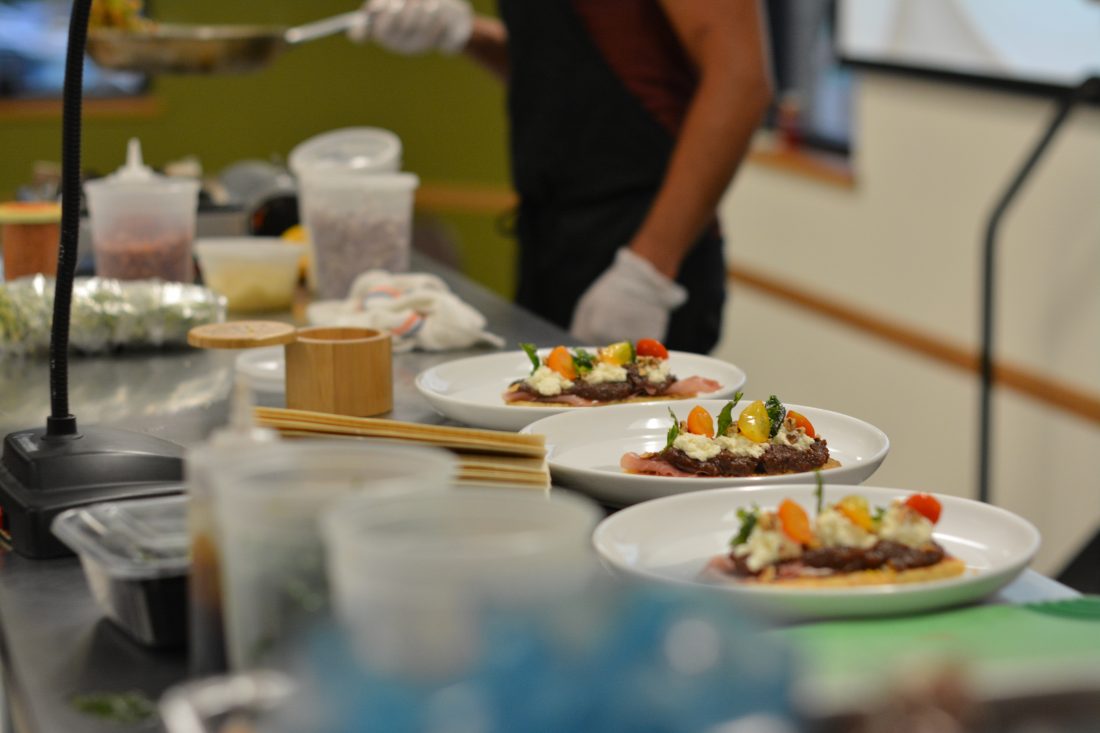