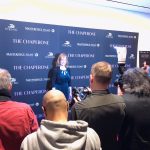 University of Kansas professor Laura Moriarty is pictured at the New York City premiere of "The Chaperone" at the Museum of Modern Art on March 25, 2019. Moriarty, the author of the book upon which the movie was based, said she was treated like a celebrity.

Life hasn’t drastically changed for Laura Moriarty since her novel “The Chaperone” was turned into a movie; she still worries if she can afford a new roof on her house.

But despite everyday concerns, it has been an exciting time for Moriarty, a 48-year-old Lawrence author and University of Kansas professor.

She was recently in New York City to watch the premiere of “The Chaperone,” which is based on her 2012 best-selling novel about the chaperone of early 20th century actress Louise Brooks, who was a Kansas native. Moriarty said she was treated like one of the stars at the opening, having her photo taken on the red carpet at the Museum of Modern Art, where the premiere was hosted by Masterpiece Films and PBS Distribution. Plus, she was able to meet Julian Fellowes, who wrote the screenplay, and Elizabeth McGovern, who stars in the film.

Fellowes is perhaps best known for creating the hit series “Downton Abbey,” in which McGovern starred.

Here in Lawrence, the routine of Moriarty’s life has returned. She’s a busy faculty member in the English department at KU, and she continues working on her next novel, in addition to spending time with her husband and teenage daughter.

While the film will eventually air on PBS after its theater run in select cities, Moriarty has made certain that “The Chaperone” will be shown locally. The Free State Festival, Liberty Hall, Lawrence Public Library and Raven Book Store are presenting a sneak preview at 7 p.m. Thursday. Doors open at 6 p.m. The screening will be followed by a question and answer session with Moriarty and moderator Laura Kirk, as well as a book signing. Tickets are available for $10 at Libertyhall.net

The movie, like Moriarty’s book, is set in the early 1920s and tells the story of a woman accompanying the young Brooks to New York City. Part of the story is true regarding Brooks, who really did go to New York City with a chaperone from Wichita in the summer of 1922. Brooks went on to become an actress, dancer and icon of the flapper era. However, the book and movie focus on the chaperone, who spent the summer reining in the wild Brooks.

Moriarty was halfway through writing “The Chaperone” with the protagonist Cora Carlisle when she watched “Downton Abbey” for the first time. She thought it was interesting that McGovern’s character, the countess of Grantham, was also named Cora.

At that moment, Moriarty had no way of knowing that what she was creating would one day be read by McGovern, who would buy the film option and have Fellowes write the screenplay.

One obvious difference in the movie was changing the name Cora. To avoid confusion between the two characters played by McGovern, Cora became Norma Carlisle.

Over the years, Moriarty has had several of her novels optioned for screenplays, but this is her first experience having a novel actually turned into a movie. While people involved with the production told her to stop by and watch the filming if she happened to be in New York, she says she never felt the need. She was OK with not having input on the script, despite a lot of friends warning her not to cede control.

“I never felt that way,” Moriarty said. “It was in good hands.”

She had never written a screenplay. She felt content to leave that up to the award-winning Fellowes, whose work she greatly admires.

“I wrote my book, and the book is still my book,” Moriarty said. “But selling the rights is kind of like selling your house.”

She has moved on to another house.

What Moriarty found fascinating during the premiere was watching the way Fellowes chose to tell the story.

“I love what they did,” Moriarty said. “Elizabeth is so good as Cora/Norma. I think she brought great understanding and comic timing to the role.

“She brought this spirit. There is a part where she is watching Louise dance and it moves her in a way that seems very beautiful. She portrayed a Midwestern woman in a very real way.”

Moriarty understood that the book and the film had to be different.

“I once taught a class — the book to film — and why it has to be different. I knew it couldn’t flash forward and back as the book does. This is a different genre.”

The dancing scenes, the music and the period costume designs in the film all impressed her, she said.

While Moriarty and McGovern had emailed a few times, they never met in person until the premiere. 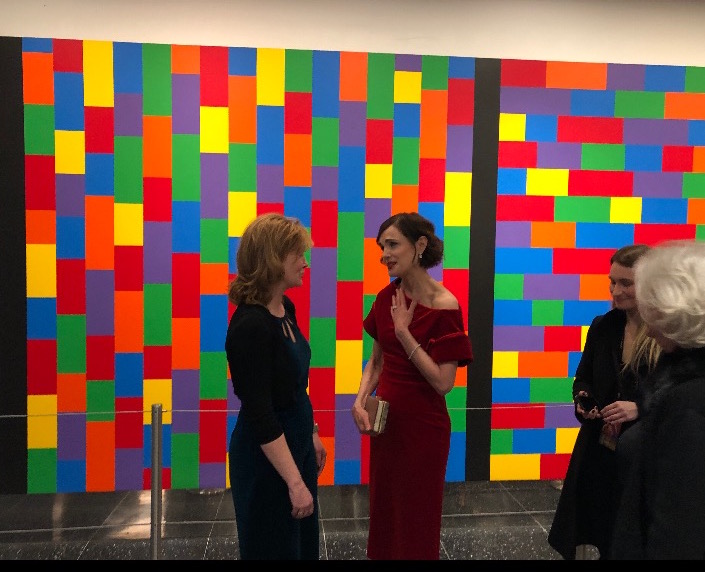 Laura Moriarty, left, meets Elizabeth McGovern for the first time at the premiere of “The Chaperone” at the Museum of Modern Art in New York City on March 25, 2019.

“She was very nice and a very striking person,” Moriarty said.

She admits it was a bizarre sensation, being treated like a star and meeting the cast, including Blythe Danner, whom she has admired for years.

“It was such a thrill to sit in a theater with 200 other people and hear characters I created and sentences I wrote,” Moriarty said.

The following night Moriarty was on a panel with McGovern and Fellowes at the New York City Public Library. 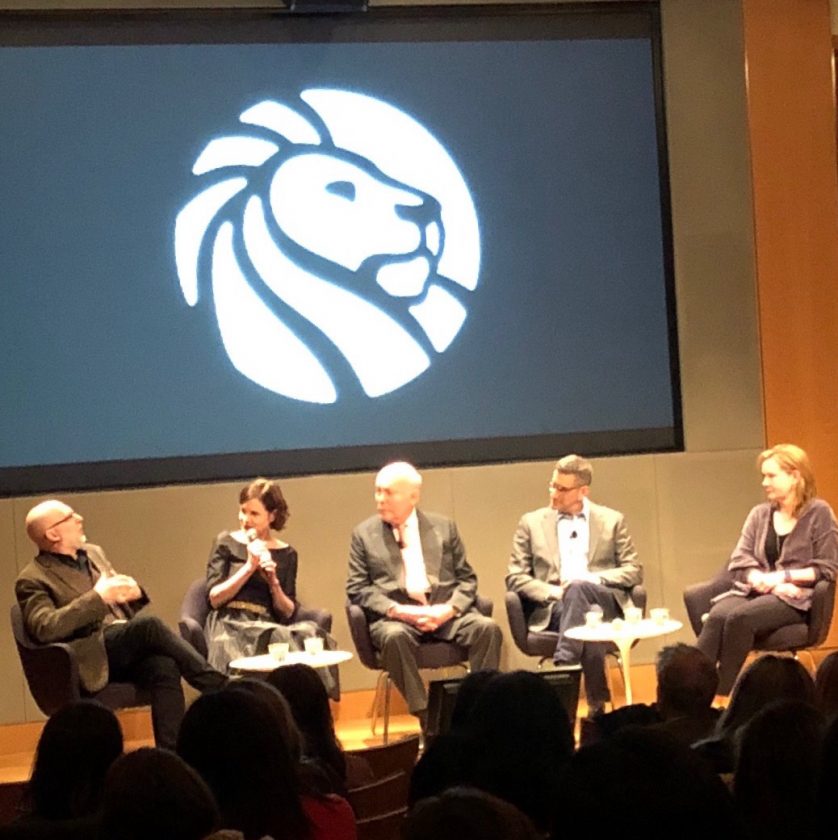 “That was even better than the premiere because we got to talk about the decisions made by them,” Moriarty said.

Moriarty came up with the idea for “The Chaperone” when she was reading a book about flappers, she said. One chapter in the book was all about Brooks and how wild and smart she was. It briefly mentioned that in the summer of 1922 she left Wichita to study modern dance in New York, with a Wichita housewife, Alice Mills, as her chaperone. One sentence noted simply that Brooks had to tolerate the provincial Mills.

And that sentence — with its image of a Midwestern woman chaperoning an arrogant teenager in one of the world’s most exciting cities — gave rise to Moriarty’s novel. And now film.