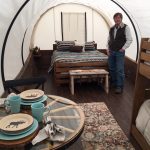 Dennis Steinman stands inside one of his wagons on Thursday, April 11, 2019. The wagon has room for a king- or queen-sized bed, a bunk bed, and a wagon wheel table.

Their PlainsCraft Conestoga Wagons are more like the Winnebago of covered wagons; they’re intended for those drawn to glamorous camping, or glamping.

“I’ve always loved wagons, and I’m fascinated by how people traveled in the darn things,” Dennis said. “They were tough people.”

The wagons the Douglas County couple are creating are for people who like to be comfortable while enjoying nature.

“Today, there is a real trend growing in glamping. So I started doing research. These wagons would fit in perfectly,” Dennis said.

The Steinmans have built the first of what they hope will be many 26-by-10-foot canvas-covered wagons. 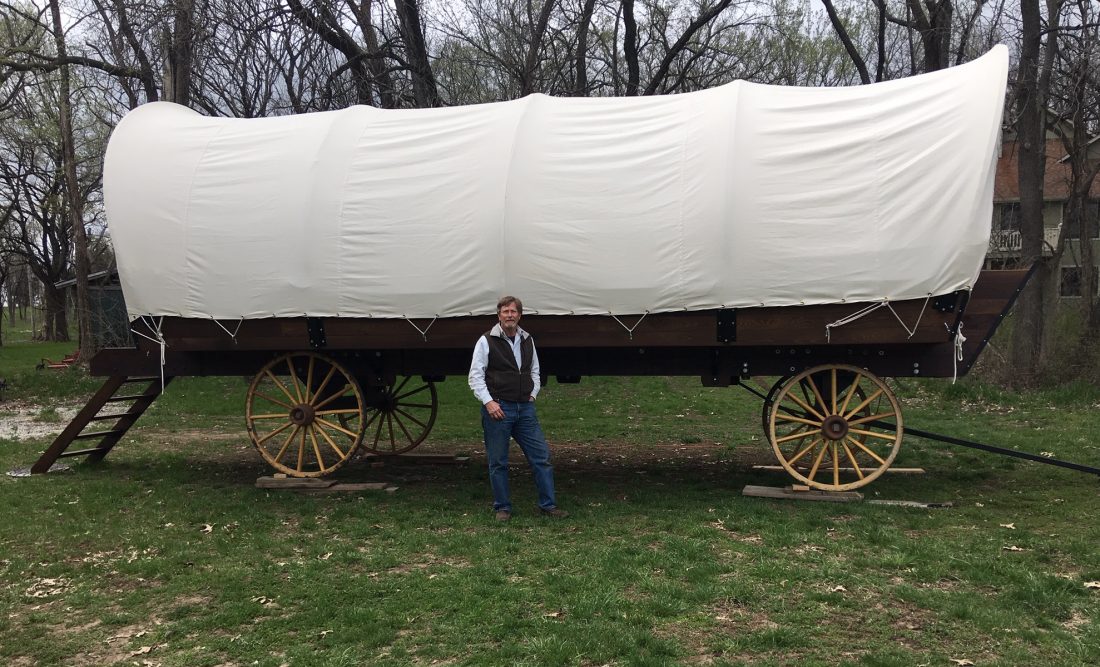 Dennis Steinman stands in front of his first covered wagon outside his home in rural Douglas County on Thursday, April 11, 2019.

Their business is just getting off the ground, and the first wagon was built in a shop in Perry. On Wednesday afternoon, it was parked at the Steinmans’ rural home between Lawrence and Lecompton.

Currently, they have orders for two wagons that will be used for guest accommodations at a ranch in Oklahoma. 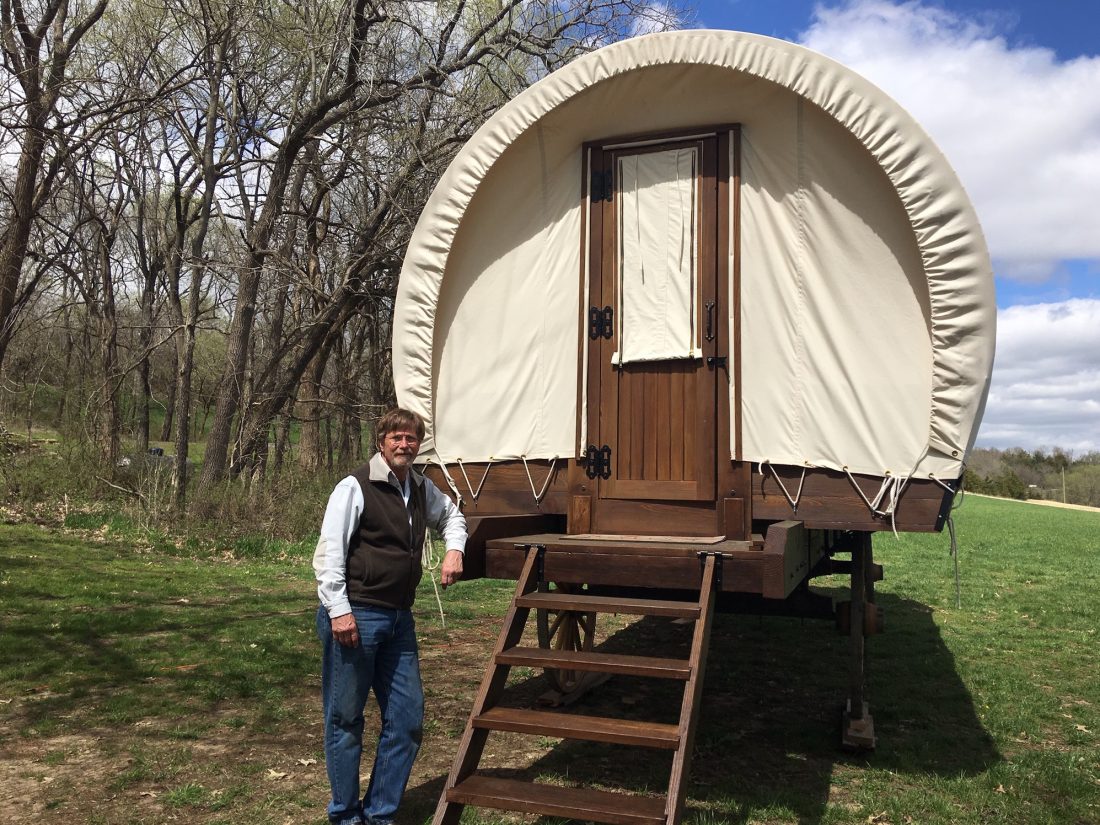 Dennis Steinman stands by the back door of one of his custom-built covered wagons on Thursday, April 11, 2019. While the wagons can be pulled by a team of horses, he sees them as being parked and tied down for a unique camping experience.

While the wagons can be pulled by a team of horses, Dennis says they are intended to be parked and tied down for a unique camping experience. He envisions them at wineries or dude ranches, at state and national parks, hunting lodges or resorts, even as a guest house on someone’s property.

Inside each wagon, there is room for a king- or queen-sized bed, a bunk bed, and even a glass-topped wagon wheel table. The wagons have electrical outlets, and Dennis is coming up with a plan to heat and cool the interiors.

“The idea is to go camping and not give up the amenities,” he said.

Dennis builds the base of the wagons himself and contracts to have other parts, such as the canvas and the wheels, made by others.

The Steinmans share a passion for history. Plus, Dennis’ fond memory of traveling in his own child-sized wagon as a kid fueled the passion for covered wagons.

When he was a 10-year-old in Chanute, the local newspaper wrote about him as he drove a small covered wagon built by his dad to the Neosho County Fair in Erie. It was an 18-mile trip and took two days. The wagon was pulled by his pony, Buddy. His sister Sherry followed alongside on her Shetland pony. 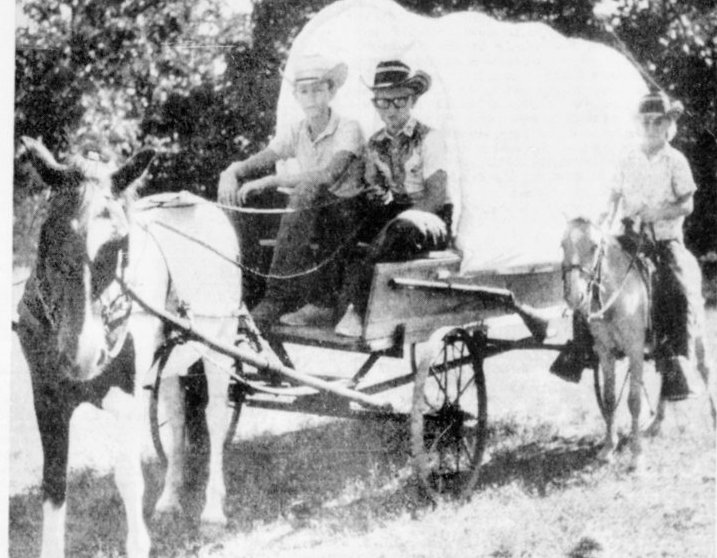 As a 10-year-old, Dennis Steinman, center, drove this small covered wagon, built by his dad, to the Neosho County Fair in Erie. It was an 18-mile trip and took two days. The wagon was pulled by his pony, Buddy. His sister Sherry, right, followed alongside on her Shetland pony.

“We weren’t going more than one or two miles per hour,” he said. Dennis and a friend camped out overnight and made it to the fairgrounds the next day.

As an adult, Dennis spent 28 years building a business that made printed circuit boards for jets. After selling the business, the couple moved to the mountains of Idaho.

They moved to Lawrence 10 years ago to be near their grandkids. Donna is the owner of M.Street Interiors, 4931 W. Sixth St. She said she’s looking forward to designing the wagons for the customers.

“They are like sleeping in a motel room,” she said.

To learn more about the wagons go to plainscraftconestogawagon.com.