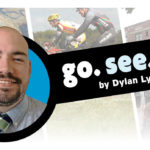 Left to right: A painted hay bale at Meuschke Farms; the Lawrence Bicycle Club's Octoginta ride; and the Eldridge Hotel, a focal point of the Lawrence Ghost Tour.

When I walked outside and took a big breath of the cold air Thursday morning, I could tell it’s finally beginning to turn to the best season — autumn.

And there’s no better way to celebrate autumn than spending the month of October doing some of the most classic fall activities: picking pumpkins, enjoying hayrides and navigating corn mazes.

Shane Meuschke, of Meuschke Farms, located at 24350 Alexander Road, just northeast of town, has all of those fall activities ready to experience. The farm opened the fall wonderland on Sept. 29 and will keep it open until Oct. 31, Meuschke said.

Although there was a drought this year, Meuschke planted the corn late in the summer, which allowed the corn to stay green into the fall. That way, the maze is nice and lush, rather than dry, brown and itchy.

Meuschke, who is originally from Columbia, Mo., moved to Lawrence about a year ago. He said he was excited to start the pumpkin patch because fall is his favorite season.

“I sat on the farm for about a year thinking about what I can do with it,” he said. “I’ve always been fascinated with seasonal businesses like this.” 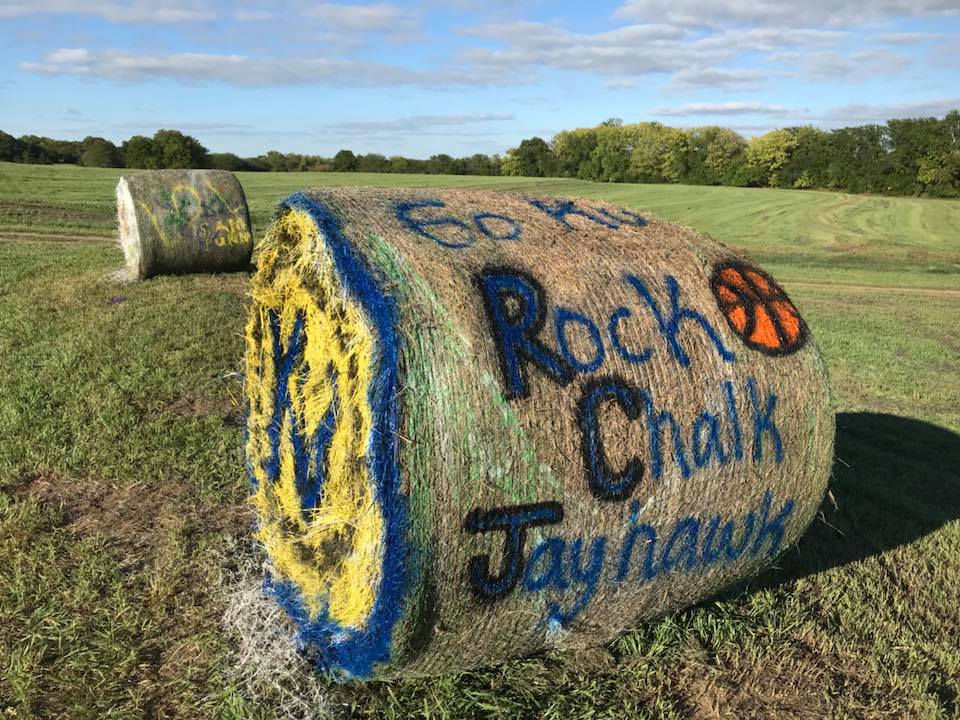 “A lot of times, these places are dictated on the fee,” he said. “You don’t have to buy anything. Just come out and have fun. It’s a chance for kids to be kids.”

Speaking of pumpkins, maybe you and your child would like to pick a pumpkin out of a pool rather than a patch?

Yes, you read that correctly. The Lawrence Parks and Recreation Department is hosting its own pumpkin patch in a city pool.

The city’s Pool of Pumpkins is noon to 2 p.m. Sunday at the Lawrence Indoor Aquatic Center, 4706 Overland Drive. The event is for children between the ages of 2 and 12. Admission is $10.

Visitors can jump right into the water to pick their own pumpkin and then take it to one of the decorating stations on site to dress it up just right (no pumpkin carving, though). The event will also have apple cider, snacks, fall crafts, a fall photo booth and an inflatable obstacle course (weather permitting). 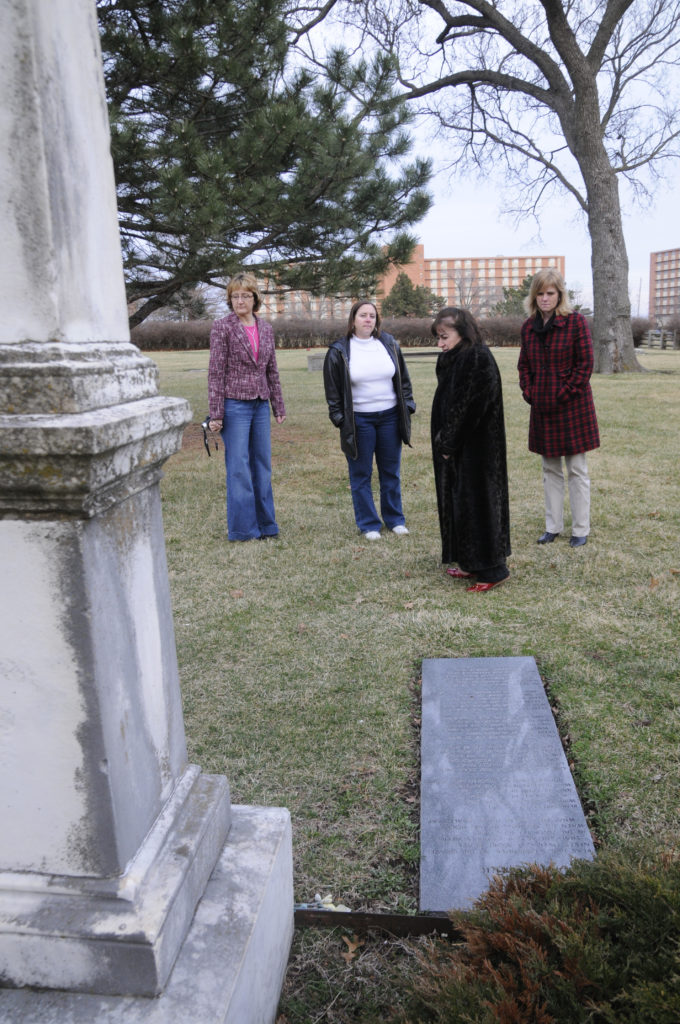 Beth Cooper, co-owner of Ghost Tours of Kansas, left, with other tour guides for the group, visit Pioneer Cemetery in this 2009 file photo.

It really isn’t fall if things don’t get a little spooky. Get geared up for the Halloween holiday spirit with the Lawrence Ghost Tour.

The first bus tour begins at 8 p.m. Saturday at the Eldridge Hotel, 701 Massachusetts. Admission is $17.50.

To kick off the tour, participants will learn about the hotel’s history and see a photo that’s said to depict a ghost in the hotel’s elevator. The tour will then travel to other locations in Lawrence, explaining the history of many spooky events and locations of the area.

The tour lasts about two hours and will stop at a few places to allow people to take photos. More tours are scheduled for Oct. 12, 19 and 27, and private bookings are also available.

Be warned, however: The tour does not guarantee ghost sightings. 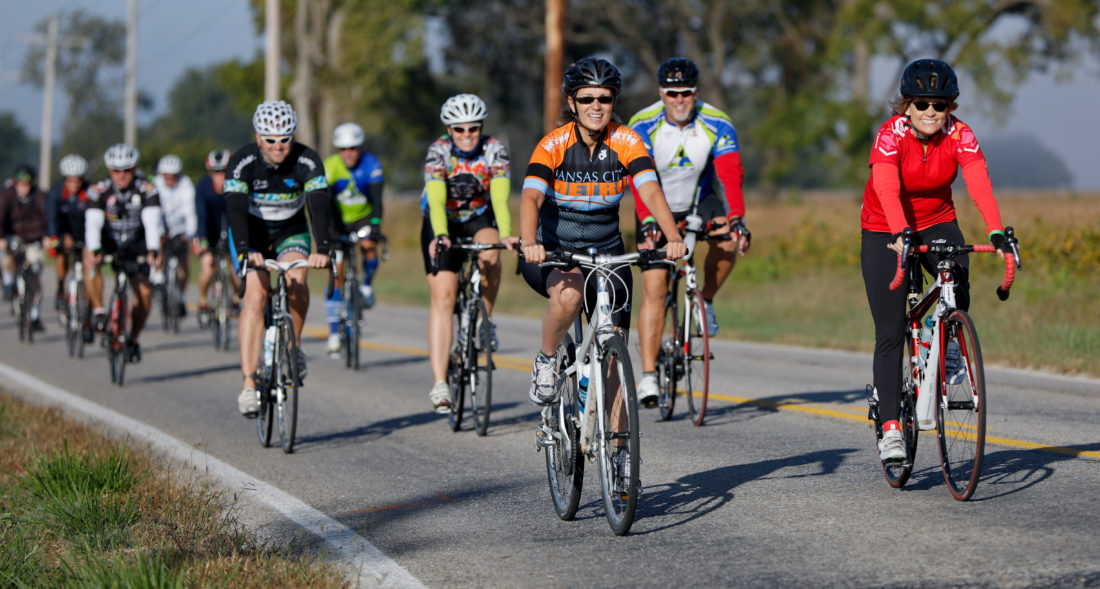 Hundreds of cyclists head east out of Lawrence and out of a morning fog as they set out on the 47th annual Octoginta 80-mile ride through northeastern Kansas on Sunday, Oct. 2, 2016. The annual ride, hosted by the Lawrence Bicycle Club, also included a 40-mile route Sunday and several events held Saturday.

Autumn is also a really good time to take the bike out for a ride and enjoy viewing the fall foliage.

For the 49th year, the Lawrence Bicycle Club is hosting its Octoginta, which some consider the best ride in the Midwest.

The event’s annual swap meet, where bike enthusiasts can buy and trade bike parts and tools, will be 1-3 p.m. Saturday in South Park.

On Sunday, the main event begins at 8:30 a.m. The main ride is an 80-mile tour through several counties in northeast Kansas, but a shorter route that only covers about 45 miles is also available. Lunch will be served following the ride at South Park.

More information is available on the Lawrence Bicycle Club’s website. 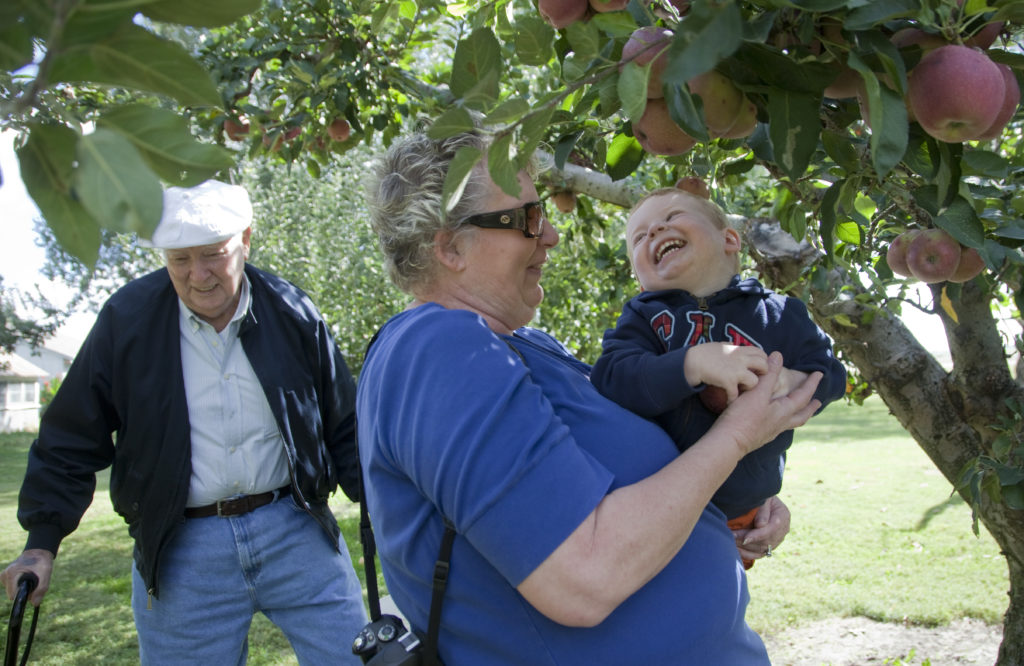 Trestle Wrencik, 2, delights in picking an apple out of a tree with the help of his grandmother Vicky Logan, Kansas City, Mo., at the Vertacnik Orchard during the Kaw Valley Farm Tour in 2010. At left is Trestle’s grandfather Jay Logan.

A total of 33 farms throughout northeast Kansas, including several near Lawrence, are asking the public to come visit and get to know those who produce important products for the region.

The farm tour aims to provide fun and interactive experiences, support local farms and introduce people of all ages to the many faces of agriculture in the area.

Visitors can discover unique artisans, nurseries, greenhouses, pumpkin patches and vineyards on the tour. They can also have breakfast at some of the farms and see animals such as chickens, alpacas and a horse that can paint.

Ticket holders can visit all the farms they want on the tour, although they must provide their own transportation between farms. More information is available at the event’s website.

A hundred years is a long time and a lot of merit badges for local Boy Scout Troop 52.

For a century, the troop has been shaping the lives of Lawrence youth through leadership, citizenship and adventure.

“It’s truly amazing what this troop has been able to do and where our scouts have gone in the past century,” said Dan Sabatini, Troop 52’s current Scoutmaster, in a news release from the troop.

To celebrate the landmark, the troop asks the community to join it in outdoor activities such as cooking, foraging, archery and fire building from 10 a.m. to 2 p.m. Saturday at the west campus of First United Methodist Church, 867 U.S. Highway 40.

The history of Troop 52 will be on display along with Gov. Jeff Colyer’s signed proclamation designating the day as “Boy Scout Troop 52 Day” in Kansas. The event will also include an exotic animal zoo and a Black Hawk helicopter from the Kansas National Guard.

Troop 52 was chartered in Lawrence in January 1918. Over the next 100 years, the troop grew along with the city.

Sabatini said Scouts from Troop 52 have traveled to camps from coast to coast in recent years, including serving on staff at Philmont Scout Ranch in New Mexico and canoeing the boundary waters in the northern United States.

“I think what drew me and my son to Troop 52 was its history, Scouting’s purpose and the other adults who are committed to seeing young men succeed,” said John Milburn, a former scoutmaster for the troop, in the release. “And they (have) a lot of fun doing it along the trail.”

More information about the centennial event is available on the troop’s website.

Do you have an event you’d like to share with us? Please email Dylan Lysen with information of your event at dlysen@ljworld.com. Submitting information does not guarantee it will be included in future articles.