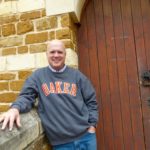 Baker University campus minister Kevin Hopkins will leave Jan. 2, 2019, for a two-month deployment as chaplain at McMurdo Station in Antarctica. Hopkins is also a lieutenant colonel in the Kansas Air National Guard.

Like many area snowbirds, Kevin Hopkins will take leave of Kansas for January and February to head south.

But Hopkins, Baker University’s campus minister, will travel so far south that he will actually chase down the sun and not experience a sunset until halfway through February. Hopkins leaves Jan. 2 for McMurdo Station in Antarctica, trading his campus minister duties for those of chaplain at the base that houses about 1,000 researchers with the National Science Foundation and the military personnel who maintain the base.

“It’s summer there,” he said. “There will be bright sunlight around the clock. That will be hard to get used to.”

The deployment wasn’t something that Hopkins, a Kansas Air National Guard lieutenant colonel, sought out.

“My name came up,” Hopkins said. “You could use the word ‘volunteered,’ as in, ‘Thank you, you volunteered.’ It was not on my radar. I had never heard of it.

“I’ll get a campaign ribbon for it. It’s kind of coveted because it’s so unique. I’ll do Sunday morning services and worksite ministry and counseling — you know, being a chaplain. They have a beautiful chapel called Chapel of the Snows.” 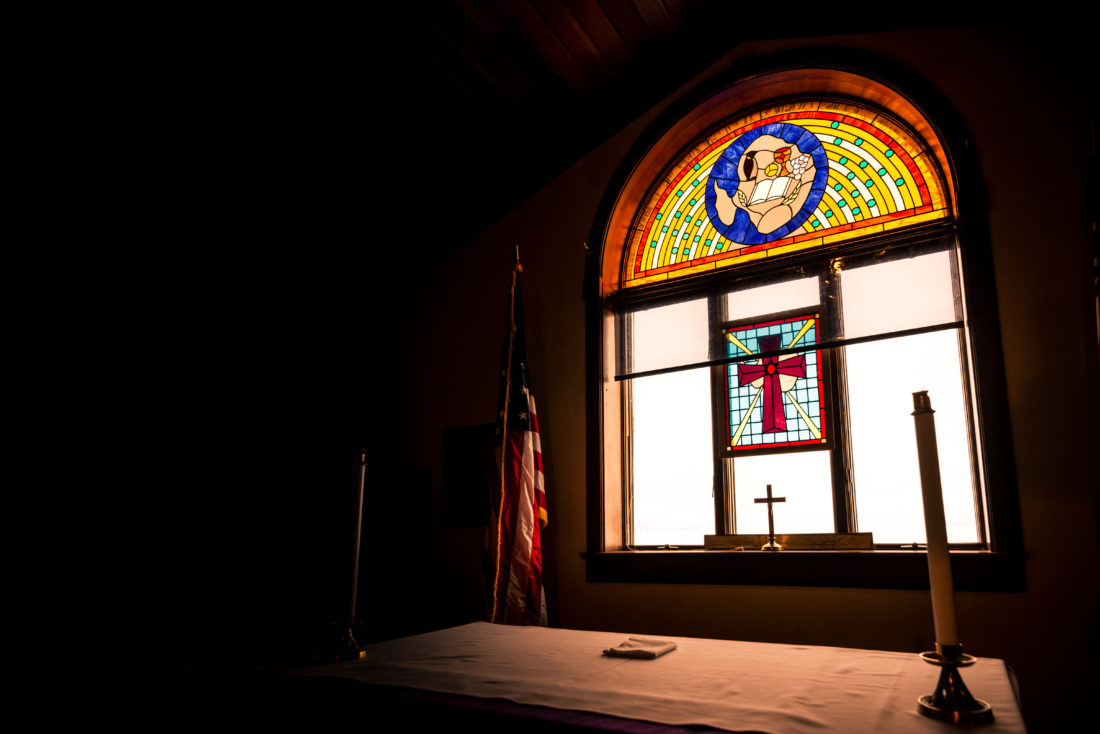 During his assignment as chaplain at Antarctica’s McMurdo station in January and February 2019, Baker University campus minister Kevin Hopkins will be using the base’s chapel, known as the Chapel of the Snows, pictured here.

He’ll pack light for the journey, having been told he’ll get all he needs for McMurdo during a two-day orientation stop at Christchurch, New Zealand, where he will also be outfitted with his extreme cold-weather gear.

The gear may be cumbersome but is a necessity even during Antarctica’s summer, Hopkins said. Daytime highs can climb into the 30s and 40s, but McMurdo is known for fierce winds that produce frostbite and blow people to the ground, Hopkins said.

“You have to walk between buildings quite a lot,” he said. “It seems like putting on a space suit to walk 20 feet, but you do not want any body parts exposed to the cold.”

According to the National Science Foundation, McMurdo Station’s mean January temperature is 26 degrees. It’s also an arctic desert that gets about an inch of snow per year, Hopkins said. 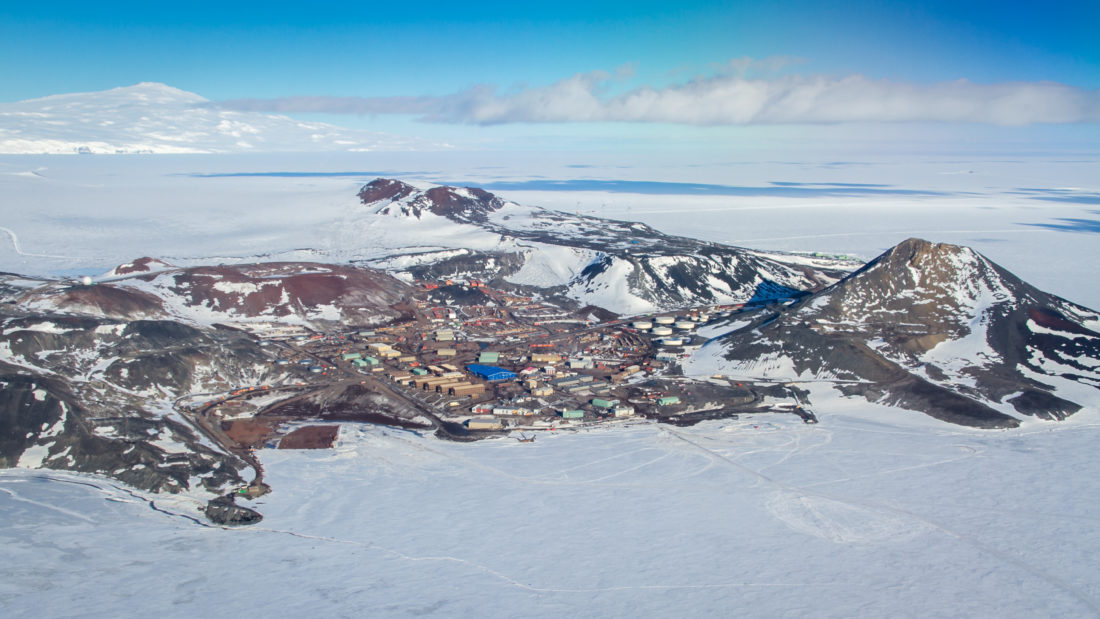 People at the base take group jogging and hiking excursions during pleasant weather, Hopkins said. McMurdo Station is built on lava rock and is the southernmost piece of ground not covered by ice that is accessible by ship. Points of interest during walks are the hut that British polar explorer Robert Falcon Scott built for his 1901-1904 expedition and the wildlife of McMurdo Sound, which includes various species of seal, penguins and orcas, he said.

“Apparently, penguins walk through the base frequently, so I’ll see them,” he said.

McMurdo won’t be the extent of his southern sojourn, Hopkins said. He’ll make at least two trips to the Amundsen-Scott South Pole Station, a scientific station that has about 40 researchers during the summer.

“Those flights will be on transport planes with skis,” he said. “That will be an eight-hour flight. Antarctica is a big place. I’ll provide chaplain services to those who want to come. It’s so isolated, they look forward to chaplain visits.”

He will be mostly cut off from his six adult children during his two-month absence, Hopkins said.

“They’ll be fine,” he said. “There’s no internet or cellphone service. I’m still figuring out how to make calls. It will involve a phone card and phone bank.”

He and his children have been through a past deployment. In 2013, he had a six-month deployment with the Air Force Mortuary Affairs Operations at Dover Air Force Base in Delaware, where the bodies of service personnel who die overseas are returned to the U.S.

“Emotionally, it’s one of the toughest deployments you can pull but also one of the most honorable,” he said.

He’ll be the last of this season’s chaplains to rotate through a two-month McMurdo deployment, Hopkins said. After February, a skeleton crew will maintain the base through Antarctica’s six-month winter. His return trip will include another short stay at Christchurch to decompress before resuming his Baker duties.

Hopkins said he had arranged for a number of area pastors to cover for him at Baker while he is gone.

“Baker has been very supportive,” he said. “I’m grateful for that.”