On the last day to file for Douglas County Commission races, five new candidates threw their hats in the ring — but one incumbent county commissioner who hadn’t yet filed wasn’t among them.

Commissioner Michelle Derusseau, a Republican who currently holds the commission’s 3rd District seat, won’t be running for another term. She was elected to the commission in 2016.

The sizable increase in candidates comes as the commission faces tough decisions related to its budget, as tax revenues are likely to decline with the economic downturn associated with the coronavirus pandemic. It also comes while the county is working on a controversial $29.6 million expansion of its jail, which all three incumbent commissioners supported. Three of the five candidates who filed Tuesday have connections to Justice Matters, a faith-based group that’s vocally opposed the jail expansion project.

With the new filings, there are now four candidates in each race, according to the Douglas County Clerk’s Office. The increase in candidates ensures August primary elections for both seats.

For the 2nd District seat, Democratic candidates Sara Taliaferro and Shannon Reid, both of Lawrence, filed on Monday. The seat is currently held by Commissioner Nancy Thellman, who is also a Democrat. Thellman filed for reelection last week.

The race has one Republican candidate, Brett LaRue, who also filed last week.

The other seat on the commission, representing the county’s 1st District, is not up for election this year. It’s currently held by Patrick Kelly, a Democrat, whose term expires in 2023.

The primary elections will be Aug. 4.

More on the candidates who filed on Monday:

McDermott told the Journal-World in an email that she is the community life director at Morning Star Church. She has lived in Lawrence since 1983, when she began attending the University of Kansas. Along with her work for the church, she has been a parent, grandparent and foster parent, which she said has taught her about people and leadership. She has also been involved in Family Promise of Lawrence and Justice Matters.

Her husband, Pastor John McDermott, is the senior pastor for the church and former co-president of the group. McDermott said the church’s congregation has been involved in Justice Matters since the group was founded. 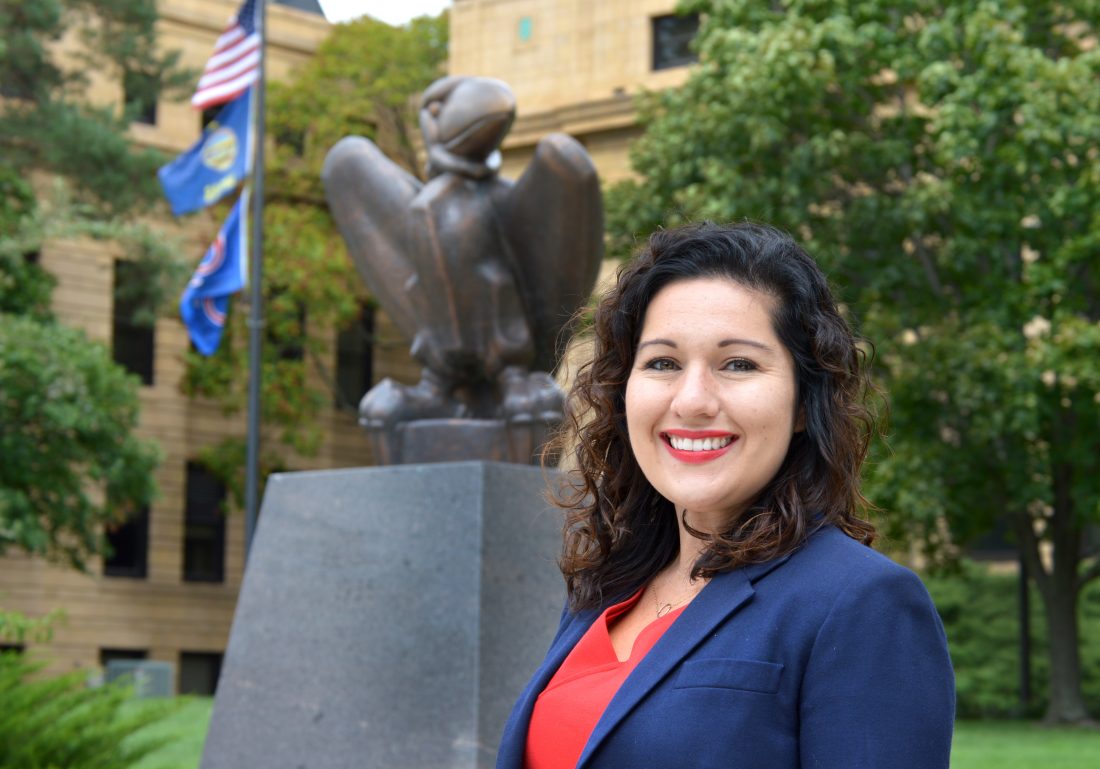 Portillo is the assistant vice chancellor of academic affairs at the University of Kansas Edwards Campus in Overland Park and an associate professor for the university’s school of public affairs and administration in Lawrence. She moved to Lawrence when she was 16 to attend KU as an undergraduate student, according to a news release announcing her candidacy. She later earned a bachelor’s degree in political science and a doctorate in public administration from the university.

Portillo’s first position in academia was at George Mason University, located in Fairfax, Va. She returned to Lawrence in 2013 to work for KU, earning tenure in 2015, according to the news release. She now lives in western Lawrence with her partner, Jevan Bremby.

Portillo is also linked to Justice Matters. Portillo provided research for a study the group commissioned this year. The group argued that the study shows that the county should invest in long-term alternatives to incarceration rather than building more jail cells. 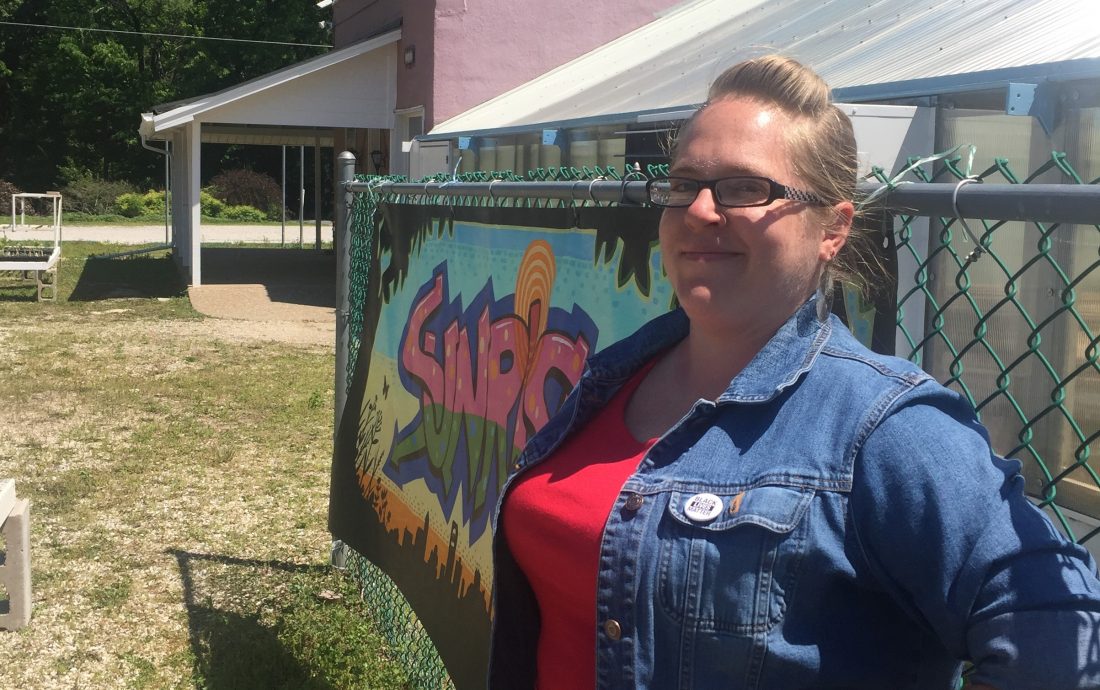 Reid works for the Willow Domestic Violence Center, where she serves as the coordinator for the organization’s court advocacy program, according to a news release announcing her candidacy. In that role, Reid helps survivors of abuse navigate the legal system.

Prior to her current position, Reid worked for other nonprofit organizations in New York City and Lawrence, including the United Way of Douglas County.

Reid has spent most of her life in Lawrence, graduating from Lawrence High School in 2003. She currently lives in Lawrence’s Prairie Park neighborhood with her partner, Bobbi Henson, according to the news release. 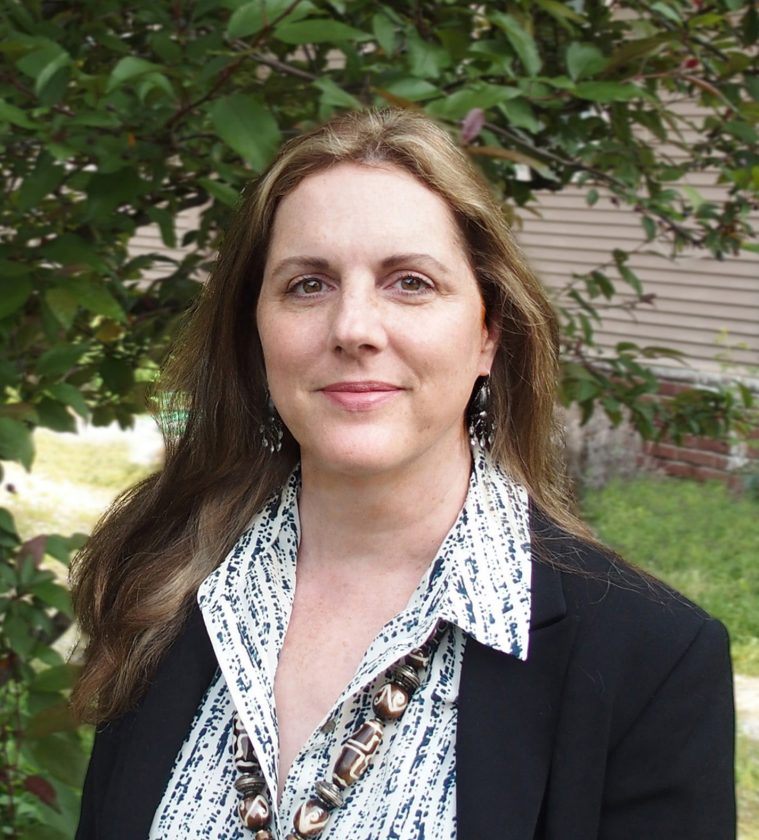 Taliaferro is the owner and illustrator for Happy Beetle Studio, which provides natural science illustrations for books and journals, according to the business’ website. Documents on the City of Lawrence’s website list her as a member of Justice Matters’ steering committee on affordable housing.

Prior to starting her studio, Taliaferro worked as a staff member for the KU Biodiversity Institute and Natural History Museum, according to her website. She’s earned a bachelor’s degree in education in biology from Mansfield University in Pennsylvania and a master’s degree in botany from KU. Taliaferro said in a news release announcing her candidacy she would bring to the commission her background of science and research, training as an educator and her abilities as a problem solver.

Taliaferro is from Lawrence and currently lives in town with her husband, Mark Jakubauskas, and their twin daughters, according to the news release.

Thacker is a retired Navy officer who previously unsuccessfully ran for election to the Kansas House of Representatives’ 45th District in 2018, according to Journal-World archives. He has been the chair of the Douglas County Republican Party, according to the group’s Facebook page.

Thacker did not return the Journal-World’s call requesting more information.