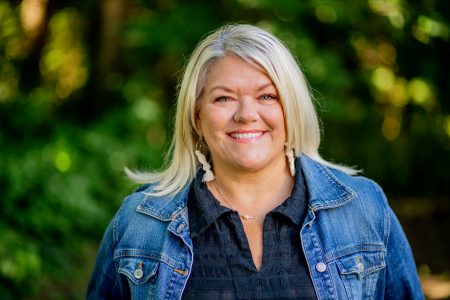 A Douglas County church leader hopes to make up for lost time on criminal justice issues if she is elected to the Douglas County Commission this fall.

“Time is a valuable resource, and we have, in my opinion, lost five valuable years of making progress on some justice-related issues,” McDermott said, referring to the time the county spent discussing a jail expansion.

McDermott is one of two Republicans running for the County Commission’s 3rd District seat. The winner of the Republican primary for the seat will face off with one of the two Democratic candidates in the general election in November.

She noted the commissioners have recently “backed off of their aggressive move forward,” referring to the commissioners’ decision to reexamine the issues because of the effects of the coronavirus on the facility’s inmate population, among other things. However, McDermott said she believes the commissioners only chose to do so because of local protests and unrest around criminal justice.

“I don’t want the people of Douglas County to have to endure that level of frustration,” she said. “It’s not good leadership.”

As the coronavirus has affected almost all aspects of life, McDermott expects it will also affect how the county will operate.

McDermott said she believes the county will need to adjust its spending in its annual budget to deal with the shortfalls.

“I imagine the county government will have to look at spending and adjust their budget just as every household, including mine, will have to do,” she said.

“I don’t presume to know what’s best for the entire county, and I would be in favor of more public and open discussion about land use,” she said.

McDermott works as community life director at Morningstar Church, and her husband, John McDermott, is the church’s pastor. Through their work for the church, which they opened in 1992, McDermott said she and her husband have built their lives around the idea of loving their neighbors, which is a worldview she said she would use as a commissioner.

“I am viewing my running for County Commission as an opportunity to serve my community in a different way than I have previously,” McDermott said.

McDermott is originally from Massachusetts, moving to Lawrence to attend the University of Kansas in 1983. She married John in 1989, and they have raised five children in Lawrence. Today, they are grandparents to four children who all live in Lawrence.