Keith Browning, Douglas County engineer and director of public works, speaks to the Douglas County Commission during its meeting on Wednesday, Jan. 15, 2020.

A new accessible viewing platform will soon be constructed at Wells Overlook Park.

The Douglas County Commission on Wednesday accepted a $44,000 grant to help fund the construction of a viewing platform compliant with Americans with Disabilities Act accessibility guidelines at the site, which is on County Route 458 just east of U.S. Highway 59.

The acceptance of the grant finalizes the project, which the commissioners originally approved in March 2019, and allows county staff to begin work. Keith Browning, county engineer and director of public works, said Wednesday that staff would begin removing trees from the area “very soon.”

“I think it’s going to be a really nice-looking project,” Browning said.

The new platform will be constructed near the northernmost curve on the park’s access drive, about 35 feet lower in elevation than the top of the hill where the park’s observation tower is located. A separate ADA-accessible picnic shelter will also be built south of the current parking area.

Dirt Works Studio, which is part of the University of Kansas’ School of Architecture and Design, will design and construct the viewing platform and picnic shelter as spring- and fall-semester projects. Karrey Britt, a spokeswoman for the county, said the viewing platform was expected to be finished by the end of May and the picnic shelter was expected to be done by the end of December.

The county applied for the federal Land and Water Conservation Fund grant, which is authorized by the Kansas Department of Wildlife, Parks and Tourism, to cover half of the $103,000 project. But Browning noted that 15% of the county’s cost estimate includes contingency funds, which were not considered eligible costs for the grant.

“The state made us take out the contingencies and then took half of that,” he said.

In other business, the Lawrence Community Shelter gave the commission an update on steps it’s taken recently to shore up its finances.

Renee Kuhl, executive director for the shelter, briefed the commissioners on the organization’s progress during a work session before the regular meeting. She highlighted ways the center is working to diversify its revenue streams, including pursuing new federal and state grants and increasing fundraising efforts for private donations.

Commissioner Nancy Thellman said she was impressed with the steps the shelter had taken.

“I marvel at what we just heard,” Thellman said after Kuhl’s report. “I stand in awe where we are now compared to where we were just a short time ago.”

The commissioners had asked leaders of the shelter to provide an update to them as a condition for receiving the funding the county budgeted for the shelter this year, said Assistant County Administrator Jill Jolicoeur. In its 2020 budget, the county provided $296,000 of direct funding support to the shelter, which included $181,000 of one-time supplemental funding. 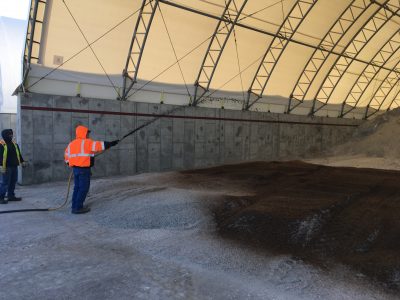