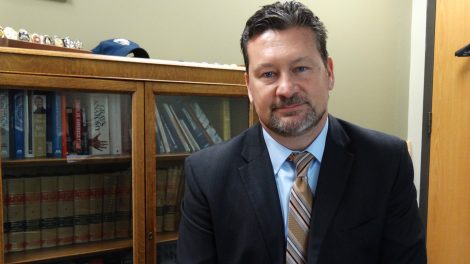 The Douglas County district attorney will seek to retain his seat in the 2020 election.

Charles Branson, who has served as district attorney since January 2005, announced in a Tuesday news release that he filed to run for reelection. He is running as a Democrat, according to the Kansas Secretary of State’s 2020 candidate database.

Branson began his legal career in 1996 as an attorney practicing criminal and civil litigation, according to the district attorney’s website. In 2002, he began serving as the Eudora municipal prosecutor, which he did until he was elected district attorney in November 2004.

Two Lawrence Democrats are challenging Branson for his position. Defense attorney Cooper Overstreet and KU law professor Suzanne Valdez both filed for election earlier this month. Branson has not faced an election challenger since he unseated former District Attorney Christine Kenney in 2004, according to Douglas County election records.

The candidate filing and withdrawal deadline for the 2020 election is June 1, according to information on the county clerk’s website, douglascountyelections.com. The primary election is scheduled for Aug. 4.