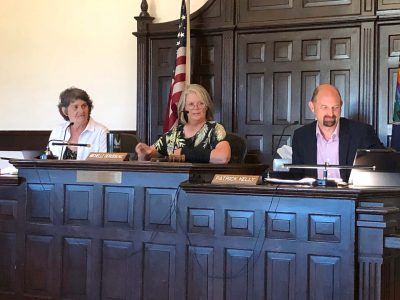 The Douglas County Commission discusses the consent agenda during its meeting on Wednesday, Sept. 11, 2019.

Douglas County leaders authorized a proposed construction project just north of Lawrence after an architect agreed to add more fencing to the project to clearly separate it from a neighboring cemetery.

At its meeting Wednesday, the Douglas County Commission approved the proposal, which calls for the construction of a 4,700-square-foot addition to a facility located at 1451 North 1823 Road. The plan was proposed by Paul Werner Architects and Compton Holdings LC, a company owned by local developer Doug Compton.

Mary Miller, a city and county planner, said the facility would be used as storage and office space for First Management, a property management company in Lawrence.

The current building on the property is a facility that was previously used for agricultural research. The plan calls for tearing down a one-story portion on the west side of the facility and then building a two-story addition in its place.

The plan also calls for adding fencing to the south side of the facility, which is adjacent to the Maple Grove Cemetery. Commissioner Nancy Thellman said the fencing would help to clearly separate the two properties, but she asked whether the developers would be willing to extend the fencing westward to screen the paved parking lot for the facility as well.

“That’s certainly better than what it is now,” she said. “That’s such a precious, historic cemetery … Is it fair to ask if the applicant would be willing to extend the fence?”

Leticia Cole, the architect working on the project, said it would not be an issue to extend the fencing to the parking lot. With Cole’s assurance, the commissioners unanimously approved the project.

Along with the plans, the commission approved rezoning the site from a research facility to a “contractor’s shop and storage yard” and “offices.”

In other business, commissioners approved purchasing a new truck for the public works department.

The department allocated funding in its equipment reserve fund to replace its current truck, a 2008 Ford F-550 truck and utility bed, which has 148,000 miles on it. With the approval of the purchase, the department plans to sell the used truck. 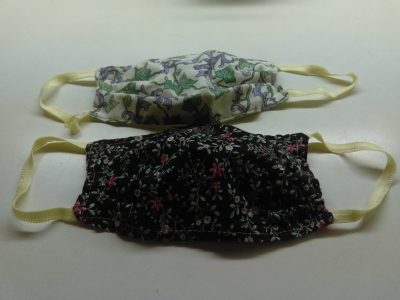