New county administrator gets raise in permanent appointment to position 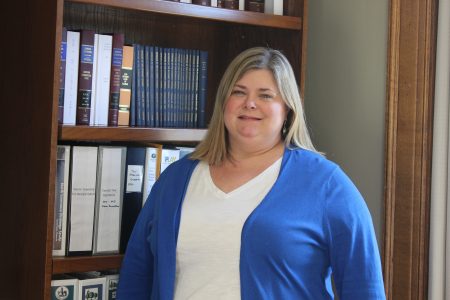 County Administrator Sarah Plinsky will earn a $185,000 base salary in her new position, according to the contract the commission approved on Sept. 11. That’s $16,000 more than she earned — $169,000 — while she was serving as the interim county administrator from December to August.

It’s also a $16,000 increase over what former County Administrator Craig Weinaug received by the end of his tenure. Karrey Britt, a spokeswoman for the county, said Tuesday that Weinaug’s final salary for the county was also $169,000.

Along with the increased salary, Plinsky will receive an annual car allowance of $7,500, health insurance and retirement plan benefits.

Prior to serving as the interim county administrator, Plinsky worked as the county’s assistant administrator for eight years at a salary of $126,000.

Plinsky took over the county’s top position after the commission chose to forgo conducting a search to find a permanent replacement for Weinaug, who retired in December after working for the county for 26 years. Plinsky’s appointment was finalized when the commission approved her new contract.