Construction of behavioral health campus set to begin, but price tag for Douglas County may grow 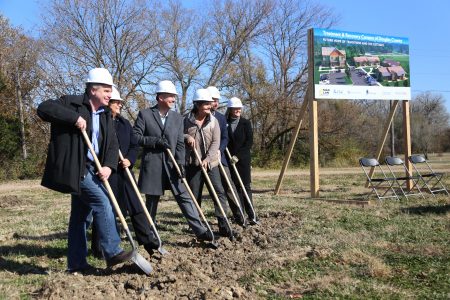 The Lawrence and Douglas County community will soon have a housing campus dedicated to serving those with mental health and substance abuse disorders.

However, a funding gap for the multimillion-dollar construction project is not yet resolved and could end up being the financial responsibility of the county government. The gap has emerged after the project failed to win a $360,000 federal grant that had been counted on to help finance the project.

“I feel comfortable that we have a plan moving forward, but there is a chance the county’s overall contribution to the project could grow substantially,” Douglas County Administrator Sarah Plinsky told the County Commission recently.

Local county, health and housing officials on Friday celebrated the kickoff of construction for the Treatment and Recovery Campus of Douglas County, which will be located in the 1000 block of West Second Street, just north of the Bert Nash Community Mental Health Center.

Douglas County Commissioner Michelle Derusseau said during the ceremony that the campus — which will eventually include a crisis center and two housing complexes — will help the recovery of individuals who suffer from behavioral health issues by providing them safe housing.

“Without a safe and supportive place to live, the cards are stacked against those in recovery,” Derusseau said, noting the housing component of the campus was added to the county’s plan to build a crisis center. “The crisis center has evolved into a full-service campus that will save lives.”

The ceremony marked the beginning of $3.6 million of construction work on the housing portion of the project. There are two parts: a transitional group home known as Transitions, and permanent housing units known as The Cottages. Mar Lan Construction will begin its work later this month, and the project is expected to be finished sometime next fall. 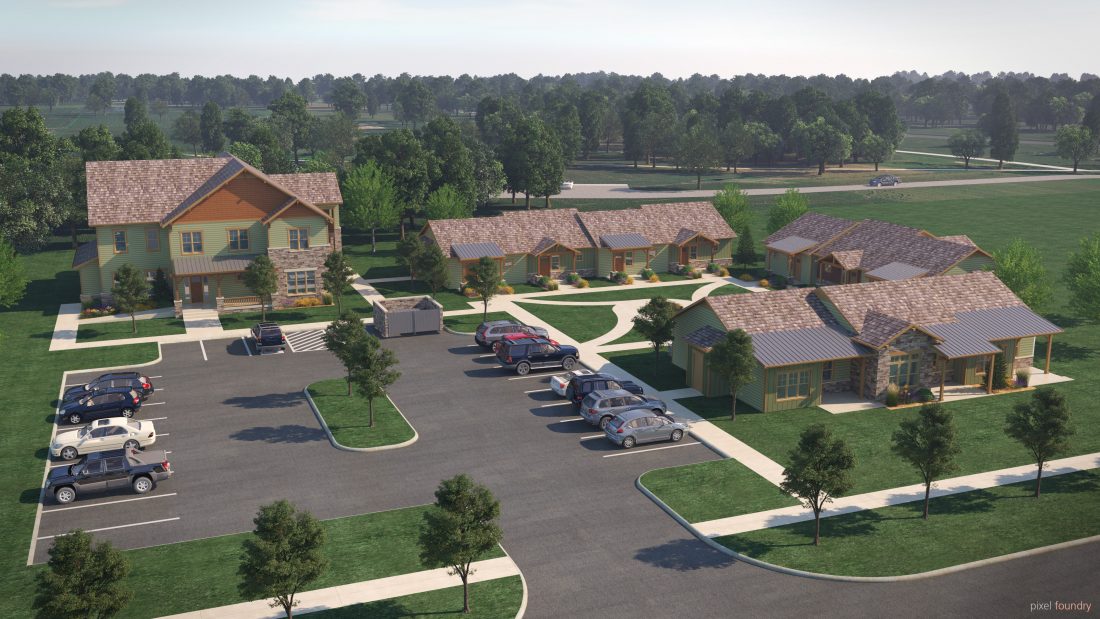 An artist rendering shows what the housing portion of the Treatment and Recover Campus of Douglas County will look like. The campus is being built on the 1000 block of West Second Street, just north of the Bert Nash Community Mental Health Center.

The Transitions housing, which will be operated and staffed by Bert Nash, will serve up to 12 clients. Those clients will participate in programs that are designed to enhance their recovery and transition them back into the Douglas County community.

Patrick Schmitz, CEO of Bert Nash, said the housing will provide services to those clients for six to 12 months.

“This will provide those in need with safe, affordable and stable housing to help them during the crucial initial weeks and months in the restoration of their lives,” Schmitz said during the ceremony Friday. “I’m grateful that this project allows us to continue to fulfill our mission of responding to needs, restoring lives and building a healthy community.”

The Cottages, which will be operated by the Lawrence-Douglas County Housing Authority, will provide housing for up to 10 residents. This portion of the project will focus on providing housing to individuals who need support services to remain in stable housing.

While Transitions will allow individuals to stay for up to 12 months, the Cottages will allow for permanent housing, said Shannon Oury, executive director of the housing authority.

“(That) means the individuals who live in these units will have the option to live there for the rest of their lives, if they choose,” she said.

The crisis center, which doesn’t have an official name yet, is still in the planning stages. Karrey Britt, a spokeswoman for the county, said the county and its community partners are still aiming to complete it by the end of 2021. 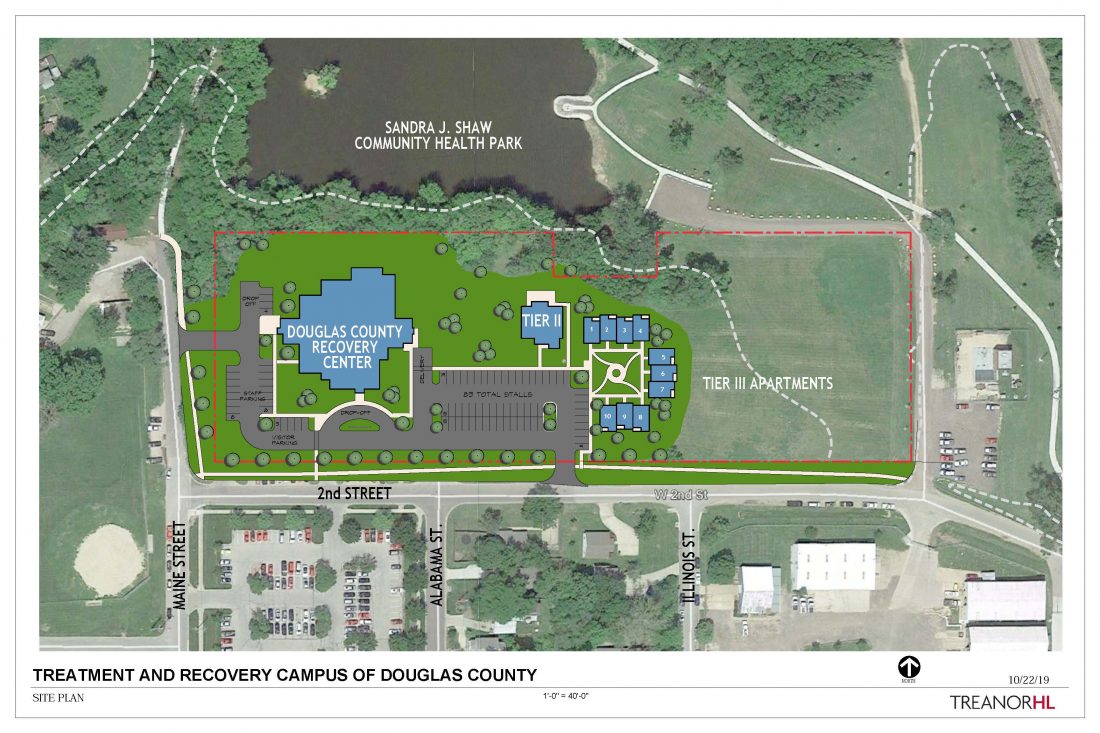 The site plan for the Treatment and Recovery Campus of Douglas County shows the planned construction site for the project. To the right, listed as Tier II and Tier III Apartments, is the housing portion of the project that will begin construction in November. To the left, listed as Douglas County Recovery Center, shows where a planned crisis center is expected to be constructed in 2021.

Although the housing portion of the project is slated to be completed by next fall, some of its financing has not yet been resolved.

During a Douglas County Commission meeting last month, when the commission approved setting a guaranteed maximum of $4.1 million for the overall cost of the housing portion of the project, the commissioners were informed that some of the planned funding had fallen through.

The funding for the project includes contributions from local, state and federal agencies. Douglas County’s contribution is $400,000, according to county documents.

But Jill Jolicoeur, assistant to the county administrator, told the commissioners the group of organizations working on the project did not earn a grant — the federal home loan grant worth $360,000 — that it applied for to help fund the project.

“It was an incredibly competitive grant process,” Jolicoeur said.

However, there are still options to fill the funding gap, including the Bert Nash Endowment or other grant opportunities, she said.

Oury said she wasn’t sure just yet if the department would provide the full amount.

“We’re going to ask for up to the max that they can give us,” she said during a recent commission meeting. “I have no reason to think they won’t grant us, but I should acknowledge they may say (a smaller amount).”

That process also means if the grant funding doesn’t come in, the financing holes will be filled by county funds. Plinsky said the county will have a better understanding of the funding gap, if there is one, in early to mid-2020.

Editor’s note: This story has been revised to clarify that the crisis center is expected to be finished by the end of 2021.