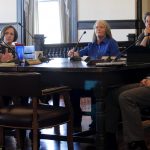 Interim Douglas County Administrator Sarah Plinsky, at left, talks to county commissioners about their upcoming 2020 budget process during a work session on Wednesday, March 20, 2019. The others, from left to right, are Jill Jolicoeur, assistant to the county administrator, and Douglas County Commissioners Michelle Derusseau, Nancy Thellman and Patrick Kelly.

It might not be long before the bubble around Douglas County employees’ “extremely low deductible” health insurance plan bursts.

As county commissioners begin to wade into their 2020 budget process, the insurance concern looms on a slightly less distant horizon than the decisions that await them this summer.

Interim County Administrator Sarah Plinsky said she brings the commission a recommendation on health insurance rates each April, and in general, it’s a relatively quick decision. This year, she wanted to allow them a bit more time to dig into strategies because bigger changes may be on the table.

During a work session on Wednesday, Plinsky began to prepare commissioners for the upcoming budget process. The discussion was largely focused on health insurance and its costs, which she anticipates will be 10 percent to 13 percent higher next year.

“This amount will have a pretty significant impact on our budget,” she told commissioners.

The county’s health insurance is “an extremely low deductible plan,” Plinsky said — $300 for individuals, $450 for families, according to information on the county’s website. Single employees pay 10 percent of their premiums for health and dental, or roughly $76 per month; those on plus-one and family plans pay 20 percent, or roughly $297 or $425 per month.

As a comparison of the plan’s generosity, Plinsky mentioned the Lawrence school district. It pays 100 percent of the premiums for full-time employees, but employees must pay the full premium for anyone else on their plans, according to information on the district’s website — up to $1,004 a month for an employee-plus-family medical plan alone.

“When I came from the school district, I was just amazed at the (county’s) health insurance plan,” Commissioner Patrick Kelly, who is director of the Lawrence College and Career Center, said during the work session. “It just knocked me over how great it was.” 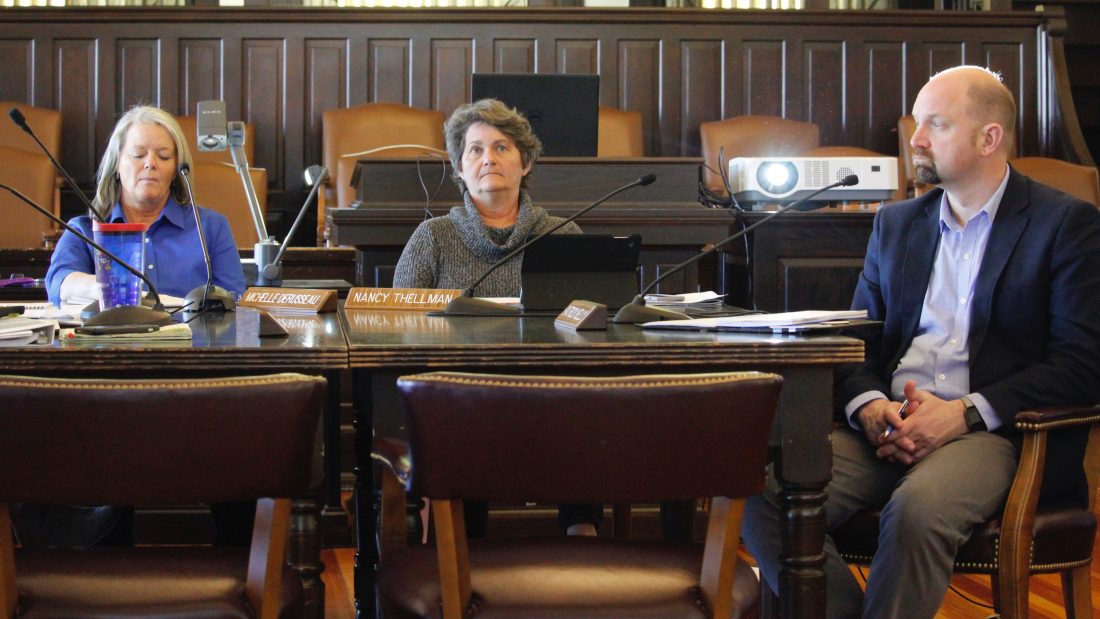 Retirees can also keep their insurance for life, paying 55 percent of their premiums. That’s a good amount more than what they paid as employees, Plinsky said, but “a number of people take our plan after (age) 65 instead of a Part D plan or a Part C plan because it’s so rich,” she said. “And those plans on the open marketplace will cost about what ours costs, but our plan is better.”

Although it is a valuable benefit, Plinsky said, good insurance does not replace wage growth, which she thinks will be another concern at budget time.

“That’s been kind of a misnomer around here,” she said. “I think people thought, ‘Well, we have such a great health insurance plan, I can afford to pay less than a market wage for a staff person.’ It’s not the same.”

She also said job markets are tightening, and some starting wages — such as those for correctional officers in the Sheriff’s Department — are making recruiting a challenge. So Plinsky thinks the county will “need to be more sophisticated” in its approach to health insurance going forward.

One option could be switching to a high deductible plan — “It’d be one way to mitigate costs,” Plinsky said. “It would help a lot.” But it would also require a lot of organizational changes, such as adding health savings accounts, which would impact payroll, and part of that work would have to be contracted out, she said. The county would also need more complex plan offerings, which would require staff to manage them and education for employees.

“I don’t know that I would recommend offering a high deductible plan for 2019 and 2020, but we may have to after that,” Plinsky told commissioners. “And so this is as much to get you comfortable as it is to get our employee base comfortable with that.”

The county could eat into its “extremely robust” savings account for health insurance, but Plinsky said that was not a strategy she suggested lightly.

“You can only do it so long until you begin to really jeopardize the financial stability of the plan,” she said.

Commissioners will discuss health insurance options for next year during either a work session or a regular meeting in April.