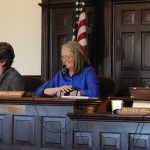 Though Douglas County Commissioners appreciated his honesty, that’s ultimately what led them to defer a request from Rich Eckert, of Bettis Asphalt.

Eckert, general counsel for the company, had come to the commission’s meeting on Wednesday with a request for a temporary business permit to put a portable asphalt batch plant at 1454 East 2300 Road.

The plant would support a Kansas Department of Transportation project that will resurface 13 miles of Kansas Highway 10, starting at the Johnson County line and extending east to the Kansas Highway 7 junction. The permit would allow the plant to be there from April through October, though Eckert estimated the site would only see use on about 30 days in that time.

Commissioners heard concerns from Tim Pringle, whose family lives near the proposed site, regarding potential noise, light, road damage and other potential nuisances he believes the site would cause. Eckert listed the company’s plans to mitigate each of those concerns, except one that left commissioners with a question: Might Bettis have a site available in Johnson County? 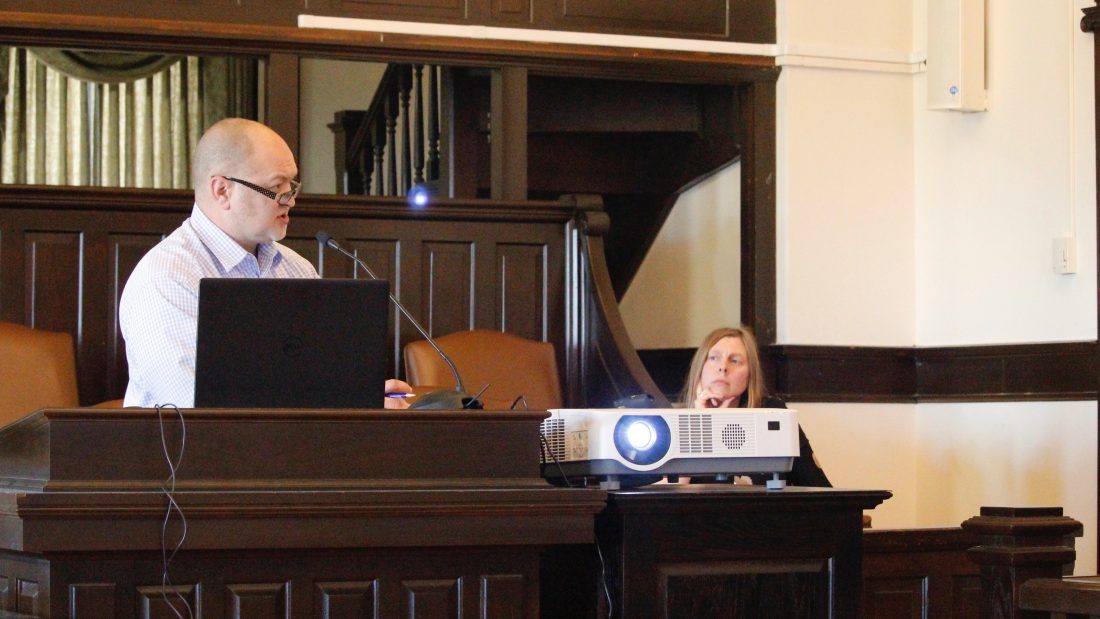 Rich Eckert, general counsel for Bettis Asphalt, speaks to the Douglas County Commission at its meeting on Wednesday, Feb. 20, 2019. Seated behind him is Tonya Voigt, the county’s planning and zoning coordinator.

“When we do metropolitan jobs, … there’s multiple government permits you have to get, and you don’t know which one of them is going to say no,” Eckert told commissioners. “You can’t predict it. So on a job as sizeable as this one, … we seek multiple sites.”

Eckert said there is a Johnson County site the company is eyeing. He said the company actually has the government permit for that site, but it is still awaiting a response from the landowners, which he thinks could come within the next week. But with hopes of moving a portable plant into the site in early April, he was still hoping to get approval from Douglas County on Wednesday.

Ultimately, commissioners said they appreciated Eckert’s explanation — but given that most of the project will be occurring on the Johnson County side and that the plant could be “detrimental to (the Pringles’) enjoyment of their property” for the time the plant is in place, as Commissioner Nancy Thellman put it, they chose to defer their decision until next week’s meeting.

Eckert said he “could live with” that, and he’ll plan to return to the commission’s March 27 meeting unless he gets a favorable answer from the Johnson County landowners before then.

• Agreed to allow Interim County Administrator Sarah Plinsky to negotiate a lease for the former Lawrence Municipal Court building, 1006 New Hampshire St. Plinsky said at the meeting that county staff has not yet determined exactly which departments or offices will be housed in the building, but the building will alleviate some space concerns in the Douglas County Courthouse, 1100 Massachusetts St., and the Judicial and Law Enforcement Center, 111 E. 11th St.

• Approved a request from Winter School, a historic one-room schoolhouse in Lecompton, to begin work to renovate and reopen the property that closed its doors 60 years ago as a museum.

• Began planning for the 2020 budget process during a work session.