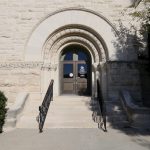 A group of Lawrence-area agencies wants to lead a project to reduce Douglas County’s rates of suicide deaths and attempts. County commissioners will hear their proposal at their 4 p.m. Wednesday work session.

Headquarters Inc., the Lawrence-based suicide prevention lifeline that serves all of Kansas, would take the lead to implement the Zero Suicide approach in Douglas County, if approved.

The Zero Suicide initiative, supported by the global nonprofit Education Development Center (EDC), is founded on the belief that “suicide deaths for individuals under the care of health and behavioral health systems are preventable,” according to information on zerosuicide.com.

“This is achieved through universal screening for suicide risk and enrollment in a suicide care pathway which mitigates immediate risk for suicide and goes on to treat the drivers of suicide,” according to a proposal in the commission’s agenda.

Over a three-year rollout, Headquarters staff would help agencies assess their readiness to implement the approach, train workforces and hold regular meetings for continual learning and evaluation, among other things.

The agenda materials list a projected three-year budget of $207,500, which would come from the county’s behavioral health fund. Headquarters, which currently does not receive any funding from the county, would oversee that budget and all outside contractors, according to the proposal.

Other agencies that have “expressed a commitment” to the Zero Suicide initiative include Bert Nash Community Mental Health Center, LMH Health, Heartland RADAC, the Lawrence-Douglas County Health Department, Heartland Community Health Center and DCCCA, according to the agenda materials. It would be implemented “with the support and partnership of” the Douglas County Suicide Prevention Coalition and area schools.

The commission does not take action during its work sessions. The request will return for final consideration at a future meeting.

At its 5:30 p.m. regular meeting, the commission will hear from Bob Tryanski, the county’s director of behavioral health projects, with a request to expand WRAP, or Working to Recognize Alternative Possibilities, programming into more Douglas County school districts.

The program, developed by the Bert Nash Community Mental Health Center and Lawrence Public Schools more than 20 years ago, places master’s-level mental health professionals in Douglas County schools, according to Tryanski’s memo in the commission’s agenda.

The county provides funding for six of the 15 current WRAP specialist positions and partial funds for two managers, according to the memo.

Fourteen of those specialists work in Lawrence schools; the other works at Eudora Elementary School in a position the Eudora school board created in 2018 in anticipation of county reimbursement from sales tax funds, according to the memo. If the county approves an expansion, it would fund two WRAP specialists in Baldwin, one in Perry-Lecompton and one additional specialist in Eudora.

A cost not to exceed $253,277 for the five positions would come from the behavioral health sales tax funds, according to the memo. County voters overwhelmingly approved the quarter-cent sales tax in November, and it went into effect April 1.

Commissioners will meet at 4 and 5:30 p.m. Wednesday at the Douglas County Courthouse, 1100 Massachusetts St. Complete agenda materials are available at douglascountyks.org.

Editor’s note: This story has been corrected from a previous version.