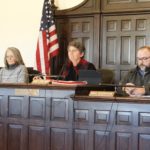 Douglas County Commissioners, from left, Michelle Derusseau, Nancy Thellman and Mike Gaughan pause to wait for any public comment during a meeting on Wednesday, Jan. 9, 2019, at the Douglas County Courthouse.

The county and the city of Lawrence share funding of Lawrence-Douglas County Fire Medical, the Journal-World has reported. Under an agreement that hasn’t seen significant updates in the 22 years of its existence, the city pays roughly 75 percent of the costs, and the county 25 percent.

Interim County Administrator Sarah Plinsky said she’s been working with city staff to iron out the process. Under a timeline she gave the commission, the goal deadline for the agreement would be the end of March. However, Commission Chair Nancy Thellman and Commissioner Michelle Derusseau both raised concerns that it seemed quick.

“There’s a lot of work to do on (the agreement) to make it what we say will be equitable and fair for all parties,” Thellman said during the meeting, noting that it has been a somewhat contentious point. “… It’s going to take a lot of work and a lot of conversations.”

“I do want to make sure the community understands that doing this thoughtfully and thoroughly isn’t that the government isn’t getting things done — it just needs to be thoughtful and thorough,” Plinsky said.

Plinsky said she would take feedback from the commissioners into upcoming meetings with city staff.

“Just to state the obvious, here we are asking you to negotiate the terms of the negotiation, and this is all just an example of why this is going to take longer than March. So, good luck,” outgoing Commissioner Mike Gaughan said, drawing a laugh.

• Approved a request to create an equipment reserve fund to hold the unspent balance of $670,000 out of the $1.5 million marked for behavioral health projects in fiscal year 2018. The funds will go toward one-time startup costs involved in the behavioral health initiatives.

• Thanked Gaughan for his service to the county over nearly the past decade, giving him a clock as a gift.

If needed, Douglas County has ‘significant’ amount of funds it can use to help it through pandemic shortfalls 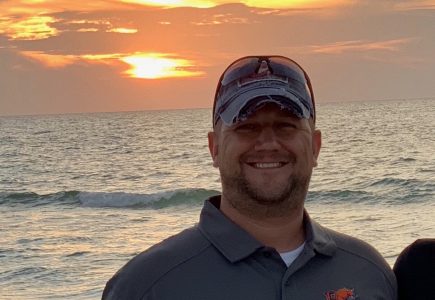 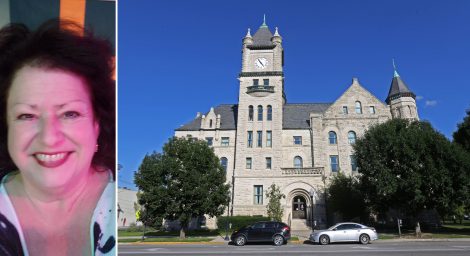