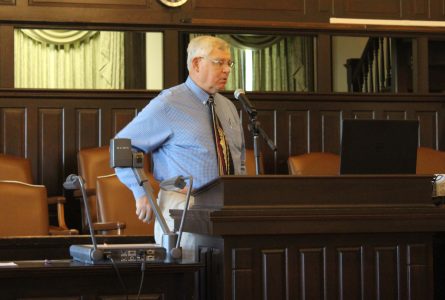 Douglas County Appraiser Steven Miles speaks to the Douglas County Commission during its meeting on Wednesday, Aug. 28, 2019. The commission approved giving Miles the authority to process and approve property tax abatements for county residents whose property was damaged in the May 28 tornado.

Some Douglas County residents whose homes were damaged during the May 28 tornado will receive tax relief from the county government.

The Douglas County Commission on Wednesday approved the creation of a program that gives County Appraiser Steven Miles the ongoing authority to process and approve applications for tax abatements to those residents. The program is slightly different from what the commission was originally considering, which would have called for the commissioners themselves to give final approval to batches of applications.

The abatements, which are property tax reductions, vary for each property based on the amount of their assessed damage. To qualify for the abatements, Miles said a property’s estimated repair cost must equal at least half of the property’s fair market value.

But by Wednesday’s meeting, Miles told the commissioners, the total number of applications had risen to 28. He said 25 of those applications had been processed and 22 had been approved, for a total of about $43,000 in tax abatements.

“Clearly you’re not just letting them all through,” Commissioner Nancy Thellman said to Miles. “I think we can trust this process.” 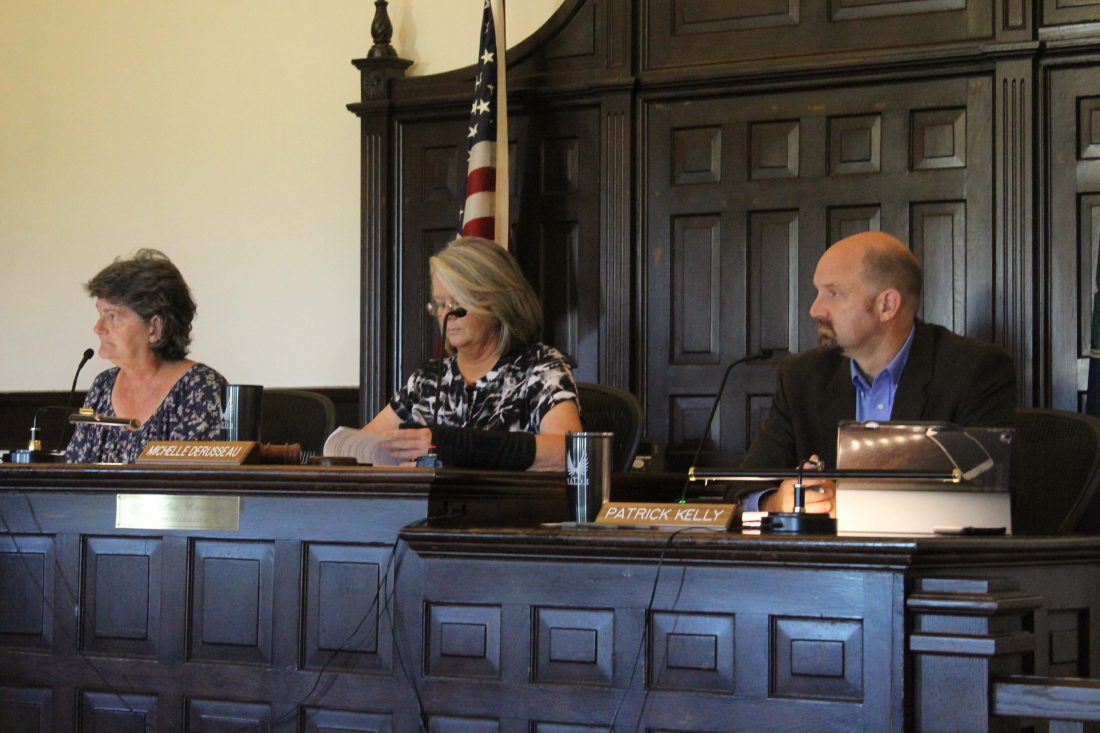 Miles said after the tornado, he sent out about 60 letters to residents whose properties were damaged to inform them of the abatements. He said he does not expect all of those residents to apply for them, but he said he still expects more applications to be filed in the future. He said the residents had until Dec. 20, 2020, to apply for the program.

Miles declined to give the Journal-World an estimate of the total amount of property tax relief the program might award.

Prior to the meeting, Miles said in a memo to the commissioners that the county has the authority to offer property tax abatements to residents when their homes are destroyed or severely damaged by natural disasters. Miles noted, however, that he read the statute to be applicable only to residential property, which would exclude damaged detached buildings, landscaping or other kinds of property from receiving the tax abatements.

The total value of structures damaged or destroyed by the tornado was about $22 million, the county said in June.

The tornado touched down south of Lawrence, beginning near Lone Star Lake, and mowed through properties to the county line. It continued northeastward into Leavenworth County, where it finally lifted after being on the ground for nearly 32 miles and reaching EF-4 strength, according to the National Weather Service.

In Douglas County, the tornado destroyed 13 homes; caused major damage to 29; caused minor damage to 42; and affected 11 more, according to the count released by Douglas County Emergency Management in June. In addition, two commercial businesses were damaged along with one home office.

In other business, the commissioners approved awarding a $75,000 contract to Headquarters Counseling Center, a Lawrence suicide prevention organization, to implement its Zero Suicide Initiative in the county.

The initiative is a three-year suicide prevention program that involves screening patients at area health care institutions for suicide risk and enrolling them in a suicide care program to mitigate immediate risk, according to a memo to the commissioners.

The $75,000 would cover the first year of the program, in which Headquarters Counseling Center will work with the health care agencies serving Douglas County residents to assess their ability to implement the program and identify prevention strategies for the county.